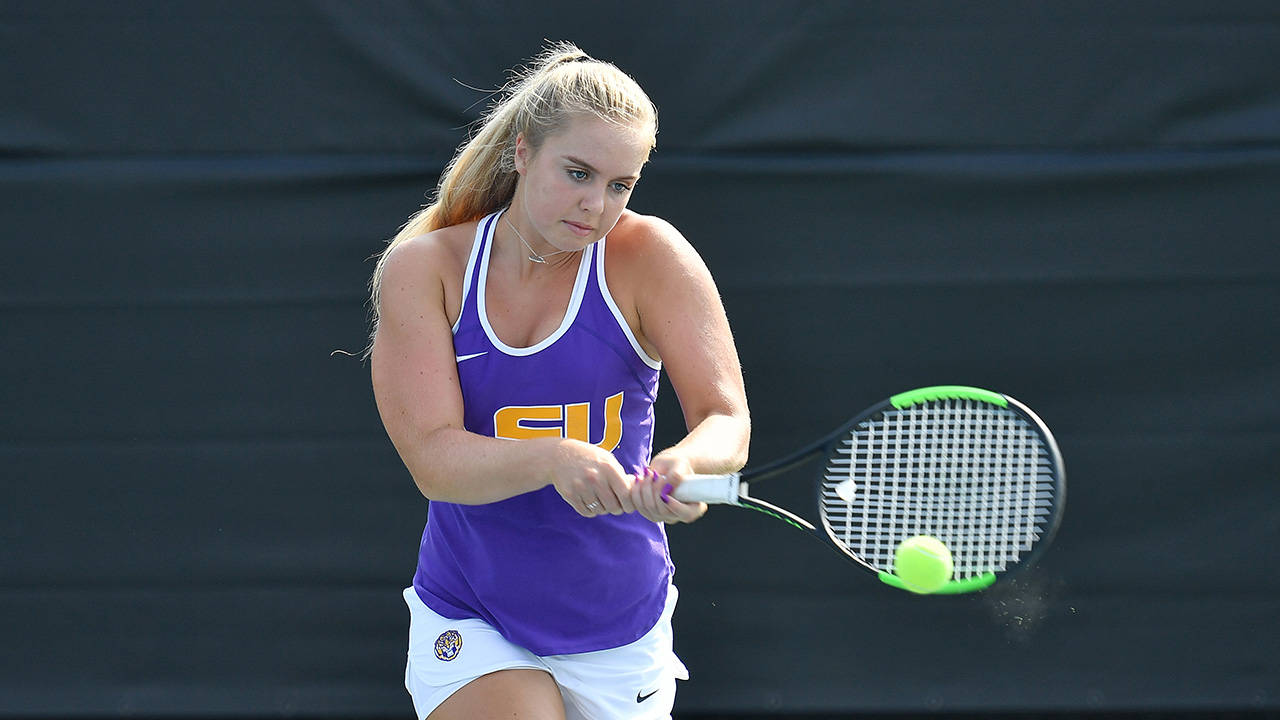 The Lady Tigers are one of 17 teams that will participate in the tournament. LSU will face teams from multiple conferences including Alabama, Auburn, Ole Miss, and Mississippi State from the SEC.

Senior Jessica Golovin and sophomore Eden Richardson will start off the tournament in the doubles round of 32 on Saturday at 8 a.m. CT. The No. 7 ranked pair by Oracle/ITA preseason rankings will face Polina Mutel and Maria Skyba of Northwestern State.

Freshman Anna Loughlan and senior Kennan Johnson will compete in the doubles round against Tulane’s Laura Fabrizi and Adelaide Lavery. The tandem of junior Paris Corley and sophomore Taylor Bridges will square off against Yu Fujioka and Milka Pasanen of South Alabama.

In the singles round of 64, No. 38 Richardson will face Lindsay Song of Auburn. Corley will play McNeese State’s Marija Mastilovic and Bridges will compete against Harriet Hamilton of Jacksonville University.

“We’re looking forward to competing in a high level event,” said co-head coach Julia Sell. “It will be a great weekend with our team back together.”

The championships on Monday will be available for live streaming along with live stats.