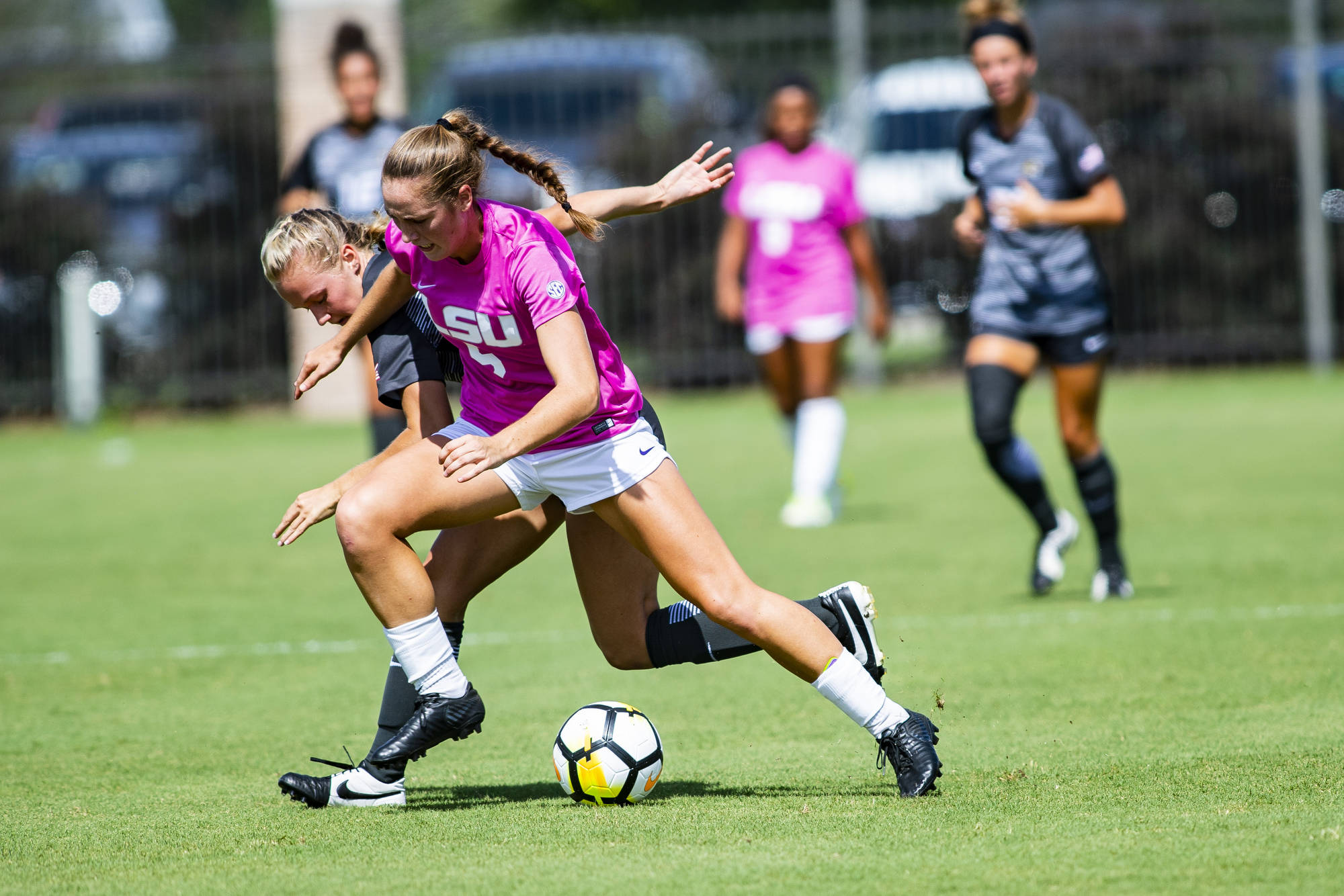 Baton Rouge, La. – Fresh off a win over Missouri on Sunday, the LSU soccer team (8-5-1, 2-3-1 SEC) will wrap up its mini homestand on Thursday night by hosting the Ole Miss Rebels. The game will begin at 6 p.m. CT and be televised on the SEC Network.

Ole Miss sits three points ahead of the Tigers in the league standings with 10 points … the 10 points has them in sole possession of sixth place … the Rebels have gone 2-1-1 over their last four league matches that included a win over No. 9 Auburn on Sept. 23.

The series has been an evenly matched one over the years with both teams registering 10 wins apiece to go along with four draws. LSU’s last win in the series came in 2016 and Marlena Cutura picked up an assist in the match that aided in LSU’s 3-0 win over the Rebels. Alex Thomas scored a goal in last season’s defeat to the Rebels.

After its season-opening loss to Villanova on Aug. 19, the Tigers have rattled off a six-match unbeaten streak in Baton Rouge over the last month of play. The six-match unbeaten streak includes five wins (Texas State, Stetson, Samford, Alabama, Missouri) and a draw against then-No. 9 Auburn on Sept. 20. During Brian Lee‘s tenure at LSU, the Tigers boast a home record of 77-35-23.

LSU has scored 12 of its 19 goals in the first half this season. A trend that bodes well for the Tigers, LSU is 7-2-0 this season when it takes a lead into the locker room at the half.

Six of LSU’s top eight scorers in 2018 are underclassmen. Adrienne Richardson, a sophomore transfer from Florida State, leads the way with 13 points (6g & 1a) and is followed by freshman Abbey Newton who has accounted for eight points (3g & 2a) in her debut season. Molly Thompson (freshman), Lindsey Eaton (sophomore) and Tinaya Alexander (sophomore) have all accounted for four points apiece and defender Lucy Parker, playing in her second season, has added a goal. The Tigers have played up to as many as nine underclassmen on the field at once this season.

The Tigers continued their winning ways at home with a 2-1 victory over Missouri on Sunday. Goals came from Marlena Cutura (7th minute) and Molly Thompson (22nd minute) in the first half as LSU picked up its second SEC win of the season. Tinaya Alexander, Lindsey Eaton and Alex Thomas all picked up assists in the win. Caroline Brockmeier made six saves in the match to help hold off Missouri’s late attempt at a comeback when they scored a goal in the 87th minute.

LSU has received quality minutes from five freshmen in 2018. Abbey Newton headlines the class with three goals scored to go along with two assists for a total of eight points. Molly Thompson just added her second goal of the season on Sunday against Missouri, and Reese Moffatt and Shannon Cooke have each added one assist apiece. Meghan Johnson has come on as of late and has played some crucial minutes in LSU’s last two SEC matches. Cooke and Moffatt have contributed heavily to LSU’s eight shutouts this season.

Caroline Brockmeier‘s career shutout total now sits at 22 after her latest shutout against Alabama (Sept. 27). Her eight shutouts this season are a career high and currently rank as the sixth most in the NCAA. Brockmeier’s eight shutouts are the third most to ever be recorded in a single season at LSU alongside Mo Isom’s eight in 2011. Isom owns the school record when she registered 12 in 2009, and Valerie Vogler has the second most in a single season with nine in 2007.