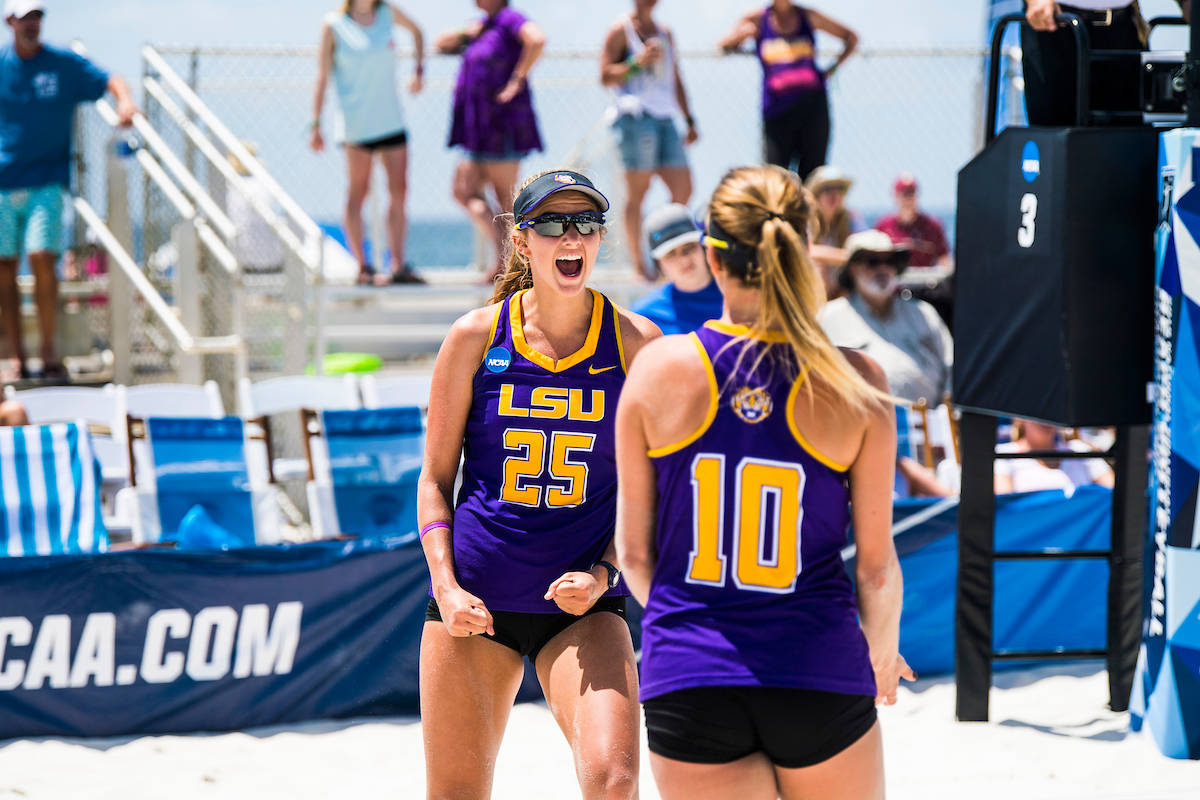 The Tigers will compete in two exhibition tournaments in the fall with the first coming later this month for the Gulf Shores Collegiate Beach Bash on October 27 at the same beach they have competed for the National Championship the past two seasons. The following weekend LSU will travel to Cartersville, Georgia for the Rally Fall Competition.

Head coach Russell Brock will lead the Tigers into the spring slate beginning February 16 with the Purple and Gold Scrimmage at their brand new on-campus facility before beginning competition.

The first four weekends will be on the road as the Tigers open the season with a road trip to Tallahassee, Florida. It will be the first time since 2015 that the Tigers will compete in the FSU Invitational February 23-24 before making their first trip to Boca Raton, Florida the following weekend for the Florida Atlantic Beach Burrow Bash.

On March 9-10, the Tigers will travel out west to Manhattan Beach, California for the East vs. West Challenge. Last year in the same event, LSU became just the sixth program to notch at least one victory against two-time national champion USC.

LSU will make the short journey down I-10 to compete in the Tulane Invitation March 16-17 before finishing off the season at home three pf the final four weekends.

The Tigers, who won their first 11 matches at home last season and finished with a 12-1 home record, will make their home debut the weekend of March 22 at the Tiger Beach Challenge.

LSU will travel to Miami for the first time since the program’s inaugural year to compete in the FIU Surf and Turf March 29-30.

To put a spike on the regular season, the Tigers will finish with the LSU Beach Invitational April 6-7 and the Battle on the Bayou the weekend of April 12.

The CCSA Tournament will be held April 19-21 in Cartersville, Georgia.

The Tigers will look to finish their year in Gulf Shores once again at the NCAA Championships May 3-5 where they have won one match each of the past two years.