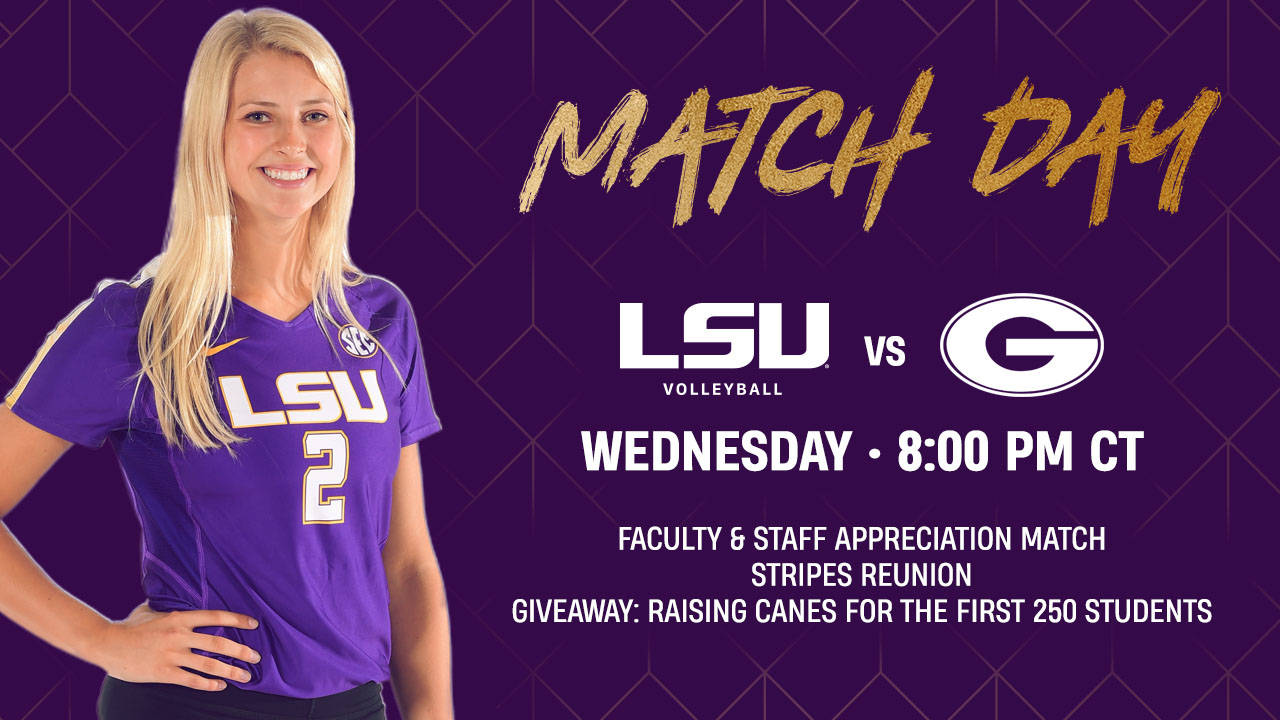 The match will air live on ESPNU with Dawn Davenport and Missy Whittemore on the call. Fans can access the match online through WatchESPN.com and the app. The match will also be available via live stats at LSUStats.com.

>> Taylor Bannister led the Tigers with 22 kills and a .370 hitting percentage. Bannister ranks third in the conference and 17th in the nation in kills per set at 4.48. She is second in the league and 15th in the country in points per set at 5.02.

>> Raigen Cianciulli anchors the back row for the Tigers. She led the Tigers at Ole Miss with 32 digs, the second-most digs in a single match in her career. Her 4.41 digs per set ranks third in the conference.

>> Anna Zwiebel worked her way into the starting rotation as a setter the last three matches. She has recorded two-straight double-doubles in as many matches. At Ole Miss, she totaled a season-high 59 assists and 11 digs.