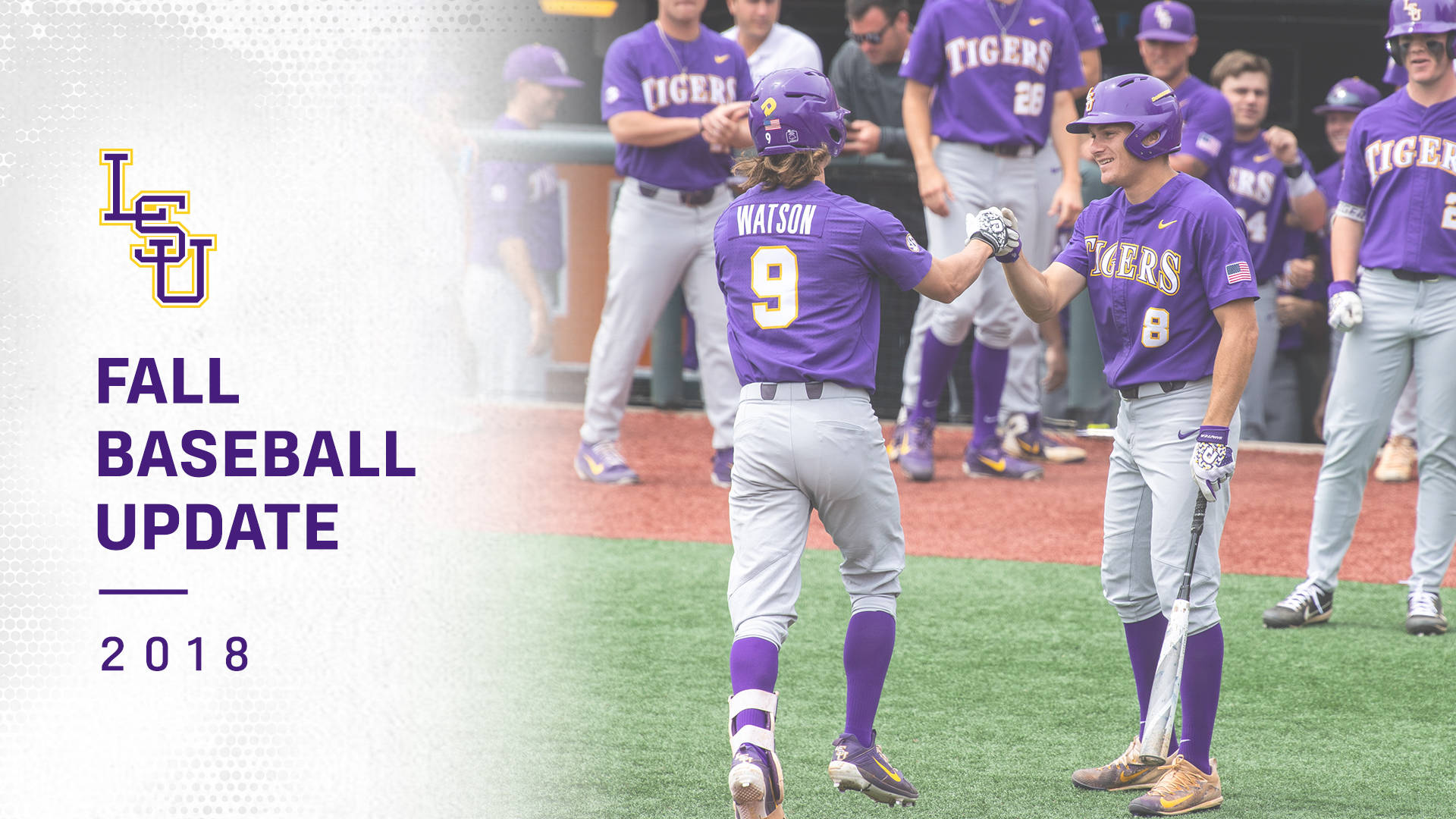 BATON ROUGE – The 2019 LSU Baseball team has been practicing for about two weeks now in Alex Box Stadium, Skip Bertman Field. Below are three strikes that were critical in the first week back at “The Box”.

The Rookie and the Vet: In one of the first week’s scrimmages, the Tigers had freshman right-hander Landon Marceaux and junior right-hander Zack Hess taking the mound for two innings each. The freshman has turned heads in each of his outings and has struck out eight batters in four innings. The Destrehan, Louisiana, product gives glimpses of some of the great pitchers that have taken the mound for the Tigers in the past. He was able to work his way out of a jam by striking out Daniel Cabrera with a runner on third and less than two outs and looked extremely poised toeing the rubber. Junior Zack Hess has continued his upward trend from last season and throughout the summer. He has three strikeouts in his 2.2 innings pitched so far this fall and has only allowed three hits.

“To watch Zack Hess and Landon Marceaux pitch was thrilling because we are going to count on those guys in a big way,” head coach Paul Mainieri explained. “Obviously, Zack coming back when he could have signed and Landon Marceaux coming to school when he could have signed, those two guys are definitely going to be frontline guys for us. Marceaux particularly was impressive because he got in a jam in the first inning and now you’re facing Daniel Cabrera, a budding All-American, with a runner on third base with less than two outs. You strike him out?! That’s unbelievable. Then, to face Saul Garza, who’s swung the bat as well as anybody has with us in the early part of fall practice, to strike him out as well. That’s a three- and four-hole hitter in the SEC who you just struck out with a runner in scoring position. That’s really impressive. To back it up the next inning, a clean inning 1-2-3; he’s a good one, and I’m glad we got him. Seeing Zack Hess back out on the mound was a wonderful thing because Zack is primed to take his game to a whole other level.”

The Catcher’s Duel: Junior college transfers Saul Garza and Brock Mathis have looked phenomenal behind the plate to start the fall campaign. Garza currently sits tied in second with hits to start the fall with four, which is impressive, but where the two have really made strides and impressed is behind the dish. As mentioned in the previous post, the duo has an air of physicality that was missing from the Tigers, and defensively, Mathis has been extremely sound to start the fall.

The Infield Questions Almost Answered: The Tigers have a plethora of options in the infield currently. At third base, which is arguably one of the biggest question marks with the departure of Jake Slaughter from last season to the MLB Draft, freshman Drew Bianco and Gavin Dugas have looked fairly solid at the hot corner. Each has the ability to swing the bat and has made solid decisions at third so far this fall. After summers in the Northwoods League, both Brandt Broussard and Hal Hughes have refined their skills and have improved since each of their first seasons at LSU. Additionally, Josh Smith has recharged the infield at shortstop and has made plays all across the diamond this fall, looking better than ever.

“The guys are working extremely hard in the infield,” Mainieri said. “Hal Hughes has made great plays, had a couple of hits. Broussard looks like he’s more experienced, more confident, and the two freshmen Bianco and Dugas are showing extremely well. I think (Michael) Kirsch has shown well too, but the highlight has been Josh Smith. Here’s a guy that we were hoping he would be healthy, and he’s come out here and shown not only that he’s healthy but that he’s going to be one of the best players in the SEC. I said all along that he’s a key to our team. If he plays in the spring like he is right now, we are going to have a good team.”

Lagniappe: The Tigers have three players still in the Major League Playoffs in Alex Bregman and Will Harris with the Astros and Kevin Gausman with the Braves.

Houston has a 2-0 lead in the division series against the Cleveland Indians, and Bregman has been on fire behind the plate. The Dodgers have a 2-1 lead against the Braves.

“I’m just excited about watching those former Tigers in the Major League playoffs,” Mainieri said. “Hopefully, one of them can win a World Series like Bregman and Harris did last year.”