Soccer Gets Back in Win Column Against Missouri 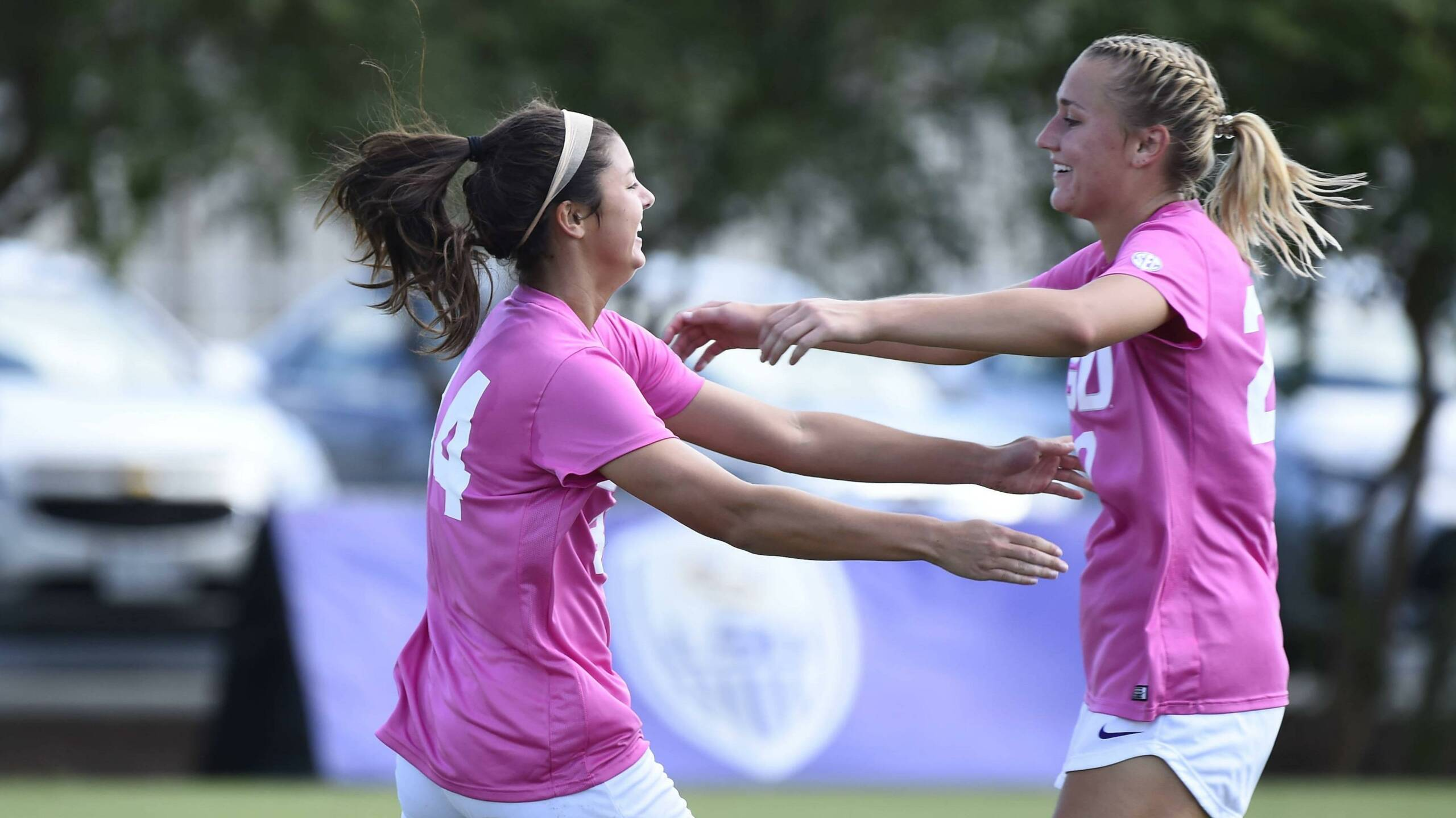 Baton Rouge, La. – Two first-half goals by Marlena Cutura and Molly Thompson led LSU to a 2-1 victory over Missouri on Sunday afternoon at LSU Soccer Stadium. The win earned three crucial points for LSU in the SEC standings and improved the Tigers’ record to 8-5-1 (2-3-1 SEC); Missouri fell to 5-7-2 (2-3-1 SEC).

Junior midfielder Marlena Cutura scored her first goal in over a month on Sunday to give LSU a lead in the seventh minute of the match. The play began near midfield with a nice give-and-go featuring Tinaya Alexander and Chrissy Pitre. Alexander started it all and Pitre one-touched a ball down the right sideline to lead Alexander into the corner. Alexander took the ball deep down into the corner and made a defender miss before sending a cross into the six. Lindsey Eaton originally tried to get a shot off, but a Missouri defender hindered that chance. After her chance was over, Eaton moved the ball back to Cutura who fired a left-footed rocket from 10 yards out that gave the Missouri keeper no chance; it was Cutura’s third goal of the season. It was Alexander’s fourth assist of the season, two of which have come in the last two matches, and the assist for Eaton was the second of her season.

Molly Thompson broke through with the second goal of her freshman campaign with a follow up goal in the 22nd minute. It all began with a cross into the box than none other than Tinaya Alexander. Alex Thomas played the cross after one hop and tried a quick right-footed flick on goal that the Missouri keeper initially saved but sneaked by her. Then came Thompson dashing in from the six to put the finishing sliding shot into the net to give LSU a two-goal lead. The goal was Thompson’s second of the season and the assist for Thomas was the second of her season. Thomas has accounted for four points in the last three games (one goal and two assists).

Taking its fifth corner of the match, Missouri’s Julissa Cisneros scored in the 87th minute. Peyton Joseph took the corner and her service found the noggin of Madison Lewis whose header went off the right post. The rebound from that header went directly to Cisneros and she followed it up with an easy chip shot to get Missouri on the board. LSU remained focus and did not allow anymore quality chances by Missouri in the final 3:42 of play.

The Tigers will host the Ole Miss Rebels on Thursday night at LSU Soccer Stadium. The match will be broadcasted on the SEC Network and is scheduled to begin at 6 p.m. CT.