Corley and Vasilyuk Advance to Semifinals at H-E-B Invitational 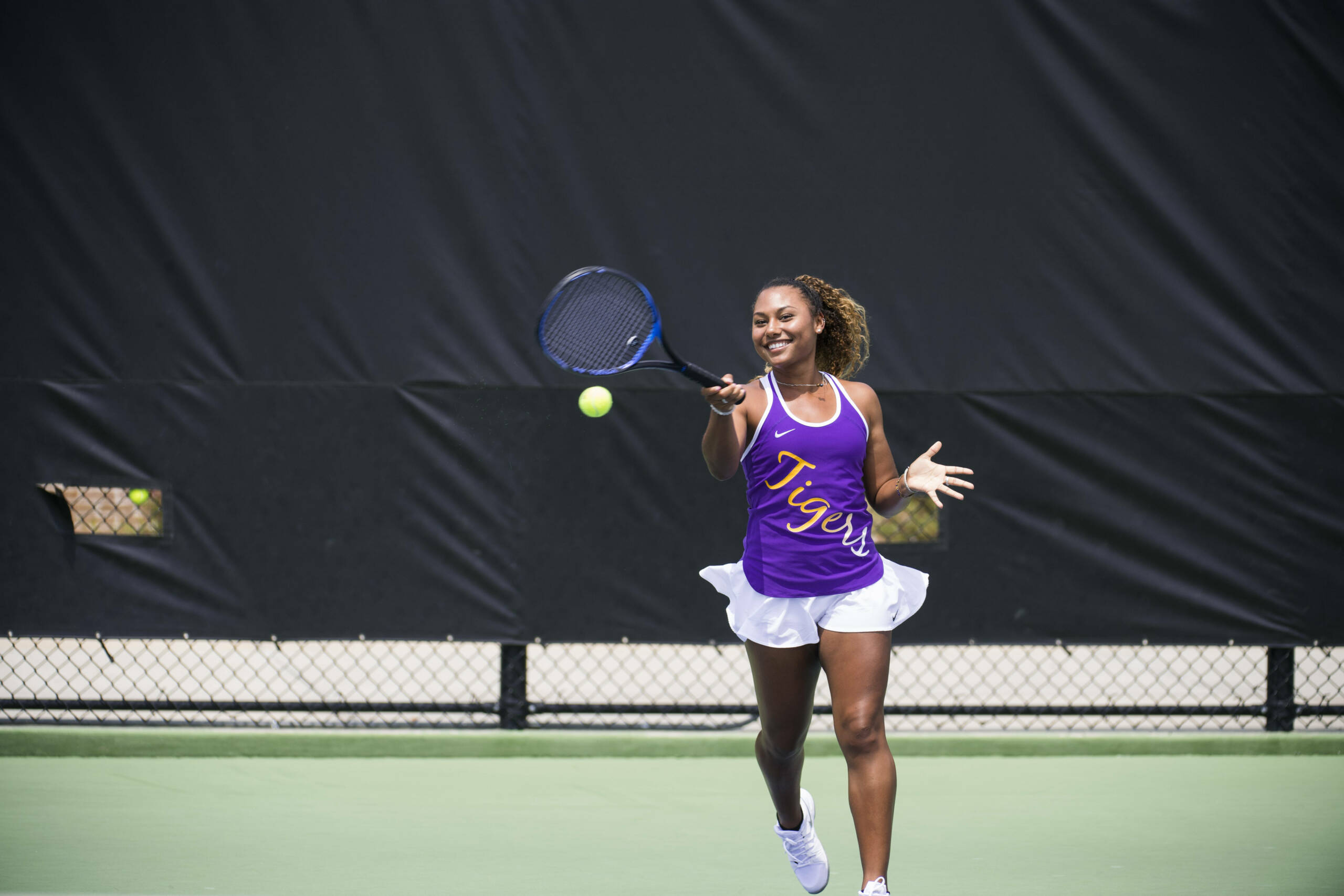 The Tiger pair went 2-0 on the day in doubles play advancing to the semifinals of the invitational. Corley and Vasilyuk defeated Anna Brogan and Maria Genovese of Tyler Junior College on Friday morning, 6-1. They went on to face Isidora Zivkovic and Lusine Chobanyan of Sam Houston State and won the match, 6-3.

Vasilyuk took the first win of the morning against Sam Houston State’s Karla De La Luz Montavlo, 6-3,7-6(2). Vasilyuk fell in her second match of the day to Jessica Hinojosa at her home court, 6-2, 6-3.

Corley will begin quarterfinals singles play at 9 a.m. CT against Kristina Sorokolet of Baylor. Vasilyuk will join Corley on the court for quarterfinals of doubles play against Fernanda Labrana and Katie Poluta of Texas at 3:30 p.m. CT on Saturday.