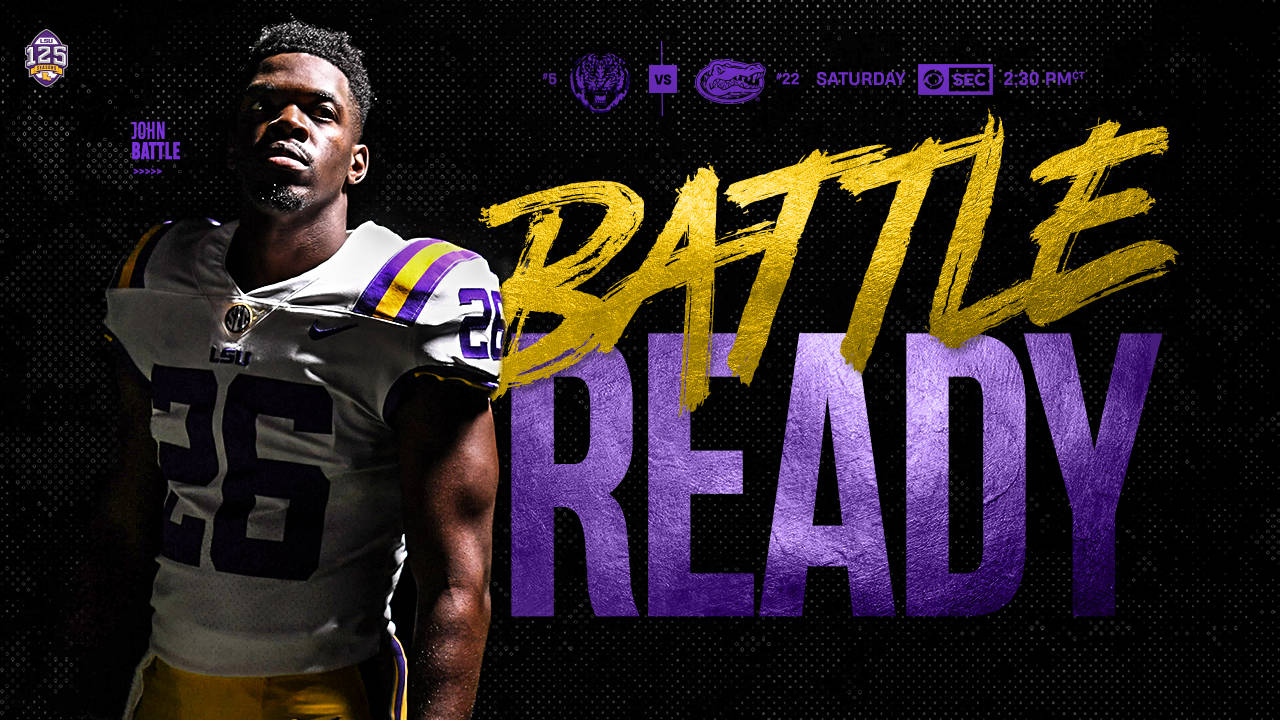 Kickoff is set for 2:30 CST on CBS and online at CBSSports.com. Fans can also catch the radio broadcast live on the LSU Sports Radio Network or at LSUSports.net/live.

The Tigers return to Gainesville for the second straight year seeking a third straight win at Ben Hill Griffin Stadium. LSU defeated the Gators 17-16 last season and 30-27 in 2014.

Ed Orgeron‘s squad is off to the program’s best start since 2015, using two top-25 wins away from home – in a neutral site season opener against Miami in Arlington in week one and a road win at Auburn in week 3 – to vault into the top five of the AP Poll. The Tigers topped Ole Miss on Saturday with their best offensive showing of the season in a 45-16 win highlighted by SEC Offensive Player of the Week Joe Burrow‘s 388 total yards and 4 total touchdowns.

Florida, meanwhile, is coming off a top-25 win of its own, as Dan Mullen’s Gators knocked off Mississippi State in Starkville last weekend

“Obviously, a great challenge for our football team, to go on the road again, to the Swamp, our guys are looking forward to this challenge,” Orgeron said. “This is a big game for the LSU Tigers and I know it’s a big game for the Florida Gators. We’re plus 7 in the turnover ratio, they’re plus 9. We’re going to have to have battle there.”

Burrow and the Tiger offense hit their stride against the Rebels last weekend, particularly in the passing game. Offensive coordinator Steve Ensminger and senior offensive assistant Jerry Sullivan re-worked some of the offense’s route combinations in an effort to get more space for the Tiger receivers, a plan that worked perfectly in the win.

“Joe is making progress every week,” Orgeron said. “I believe that the passing game that you saw against Ole Miss is the one I expected all year. I totally believe in Coach Ensminger’s ability to get people open and make play, call plays. I believe in Jerry and I believe in Mickey and I believe we have a great set of receivers. So I finally got the receivers in the right spot, we finally are doing the right plays to get the receivers open, so I think that’s the biggest improvement we’re making.”

Defensively, the Tigers held the Rebels – who entered the contest as the SEC’s leading passing offense – to just 178 yards through the air. Safety Grant Delpit picked off his second pass of the season, both of which have come on the opponent’s first passing attempt of the game. Delpit ranks fifth in the SEC in tackles for loss (6.5), the highest total by a defensive back.

Orgeron also praised the play of sophomore linebacker Jacob Phillips, who ranks sixth in the SEC and second on the team with 37 tackles.

“He is playing outstanding football,” Orgeron said of Phillips. “I knew he would be a good player, I didn’t know how fast he would mature and he has matured — I think he’s one of our best players on our team.”

It’s the rare return to Gainesville in back-to-back seasons for LSU, after Hurricane Matthew forced the 2016 contest to be relocated to Baton Rouge. Last year saw the Tigers win thanks to stingy defense, timely scores, and a little fortune on a missed Florida extra point that would’ve tied the score in the second half.