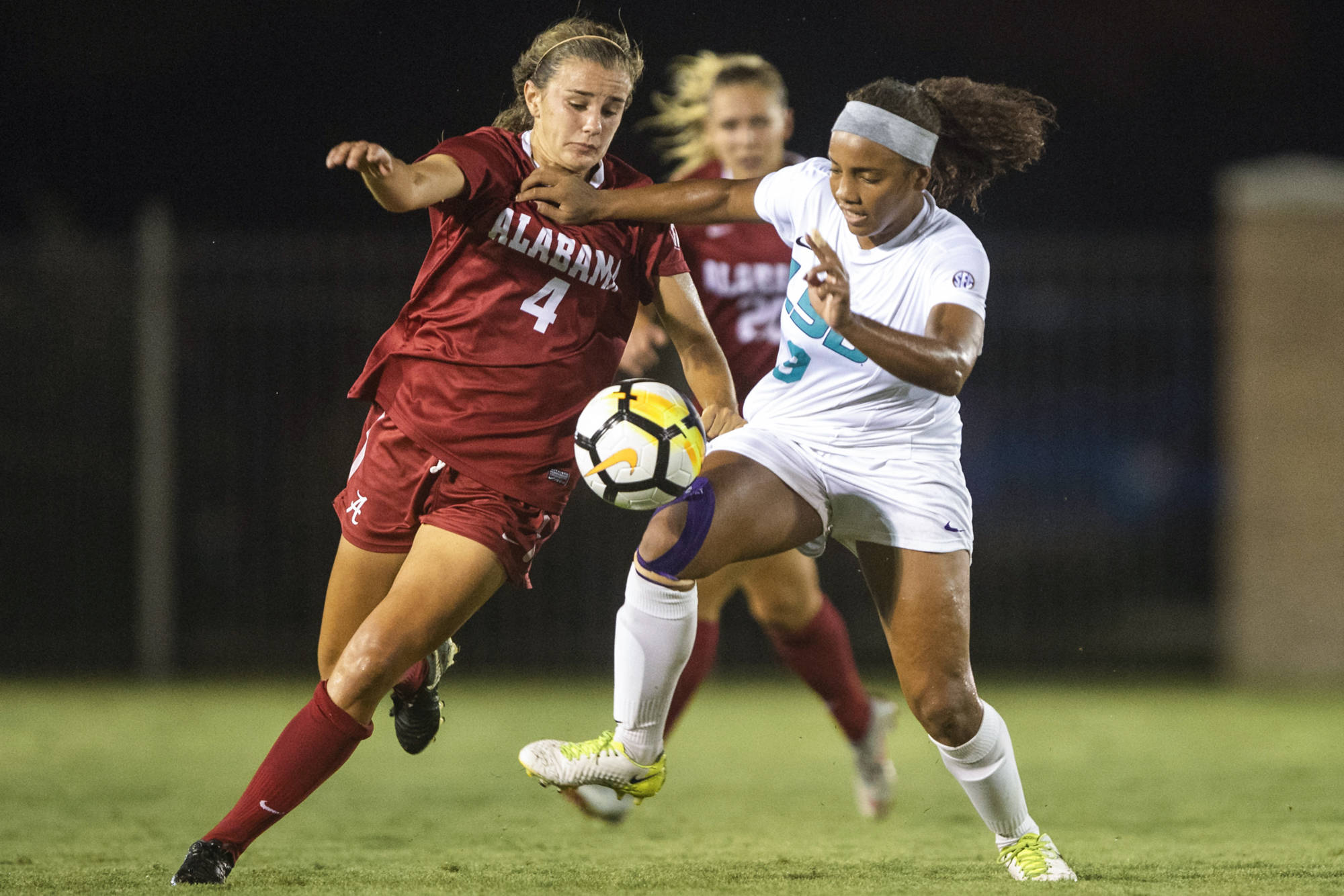 Baton Rouge, La. – After picking up its first SEC win of the season last week, the LSU soccer team (7-4-1, 1-2-1 SEC) will open up the month of October with a road contest against Arkansas on Thursday night (Oct. 4).

Arkansas is unbeaten at home in 2018 with a record of 6-0-1 … the Razorbacks are currently tied for second in the league standings with nine points … they have won three-straight SEC matches and are unbeaten in their last four matches.

Caroline Brockmeier tallied the 22nd shutout of her career last Thursday night against Alabama to help LSU pick up its first SEC win of 2018. It was her eighth shutout of the season, which is a career high for the Tallahassee, Fla., native. Brockmeier’s eight shutouts are the third most to ever be recorded in a single season at LSU alongside Mo Isom’s eight in 2011. Isom owns the school record when she registered 12 in 2009, and Valerie Vogler has the second most in a single season with nine in 2007. Her eight shutouts this year rank third nationally.

LSU owns the series advantage in the matchup having won 14 of the 23 previous contests. The series began in 1995 and LSU won 10 contests in a row from 2004-13. Under Brian Lee‘s direction, the Tigers are 10-2-1 in their 13 previous matches against the Razorbacks.

LSU has scored nine of its 16 goals in the first half this season. A trend that bodes well for the Tigers, LSU is 6-1-0 this season when it takes a lead into the locker room at the half.

Sophomore forward Adrienne Richardson has added a dynamic skillset to LSU’s attacking front in 2018. A transfer from Florida State, Richardson arrived in Baton Rouge in January and has immediately stepped right in and helped bolster LSU’s offense. The Oakdale, Minn., native has scored a team-high six goals and 13 points in 2018. Her first breakout came on Aug. 26 against Texas State. She scored goals in the 21st in 71st minutes of the match against Texas State to lead LSU to a 2-0 win. Nine days later as LSU traveled to Lamar for a showdown on Sept. 4, she recorded another multi-goal performance with scores in the 38th and 55th minutes. Her third multi-goal game of the season came on Sept. 27 against Alabama. Her two goals propelled LSU to its first SEC win of the season. Having scored multiple goals in three games this season, Richardson became the first Tiger to score multiple games in at least three games since Jorian Baucom did so in 2016.