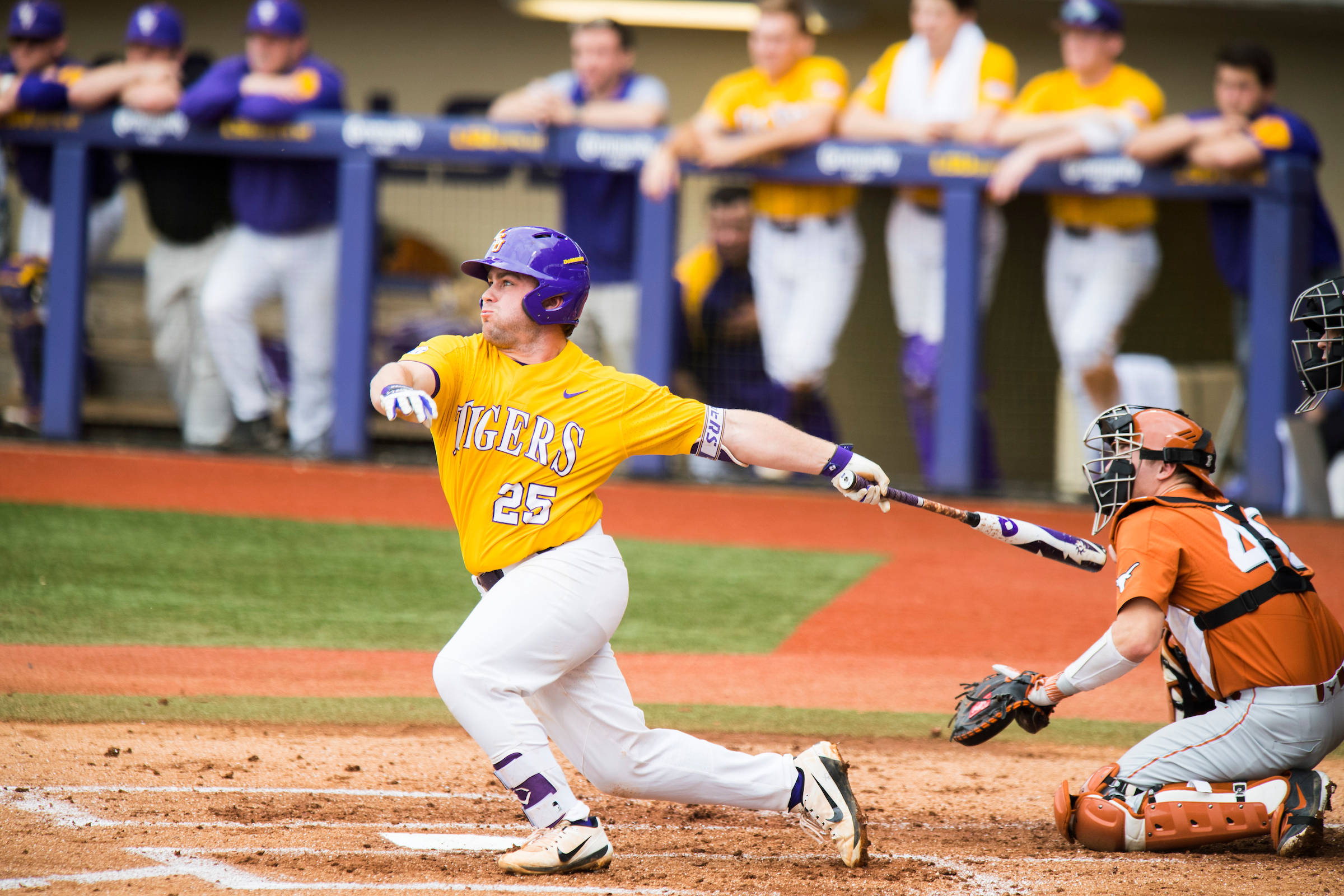 BATON ROUGE, La. – Fifth-year senior Bryce Jordan announced Wednesday that he has elected to forgo his final season of eligibility with the LSU baseball program.

Jordan cited issues caused by a serious knee injury he suffered in 2017 preseason practice as the primary factor in his decision. He will remain enrolled at LSU and continue to pursue a degree in marketing.

“Bryce’s knee wasn’t progressing as well as he had hoped it would, and he was not able to play at the level to which he was accustomed,” said LSU coach Paul Mainieri. “He made a decision that was in best interests, and we fully support Bryce as he steps away from a game he loves very much.”

“LSU has provided the best years of my life,” Jordan said. “Having to walk away from something that I love and something that I’ve done my whole life is unspeakable. My family and I have thought strongly about my career and what is best for my future. I want to thank every coach on the staff and (LSU athletic trainer) Cory Couture, who has been with me through everything and has gone beyond the call of duty.

“As for my teammates, thank you for the memories and the brotherhood that LSU Baseball has molded through the years. And last but not least, the fans – you make LSU Baseball what it is, and you have helped make LSU the best university in the world.”

Jordan received a medical redshirt in 2017 due to the knee injury, but returned to the active roster for the 2018 season, batting .256 in 37 games (27 starts) with five doubles, two homers and 17 RBI.

Jordan and his twin brother, Beau, were teammates at LSU through the 2018 season, when Beau completed his eligibility.

“It’s going to be very strange not having a Jordan on the LSU roster,” Mainieri said. “Bryce and Beau have epitomized the hard-nosed character of our program for the past four seasons, and we will certainly miss their presence.”