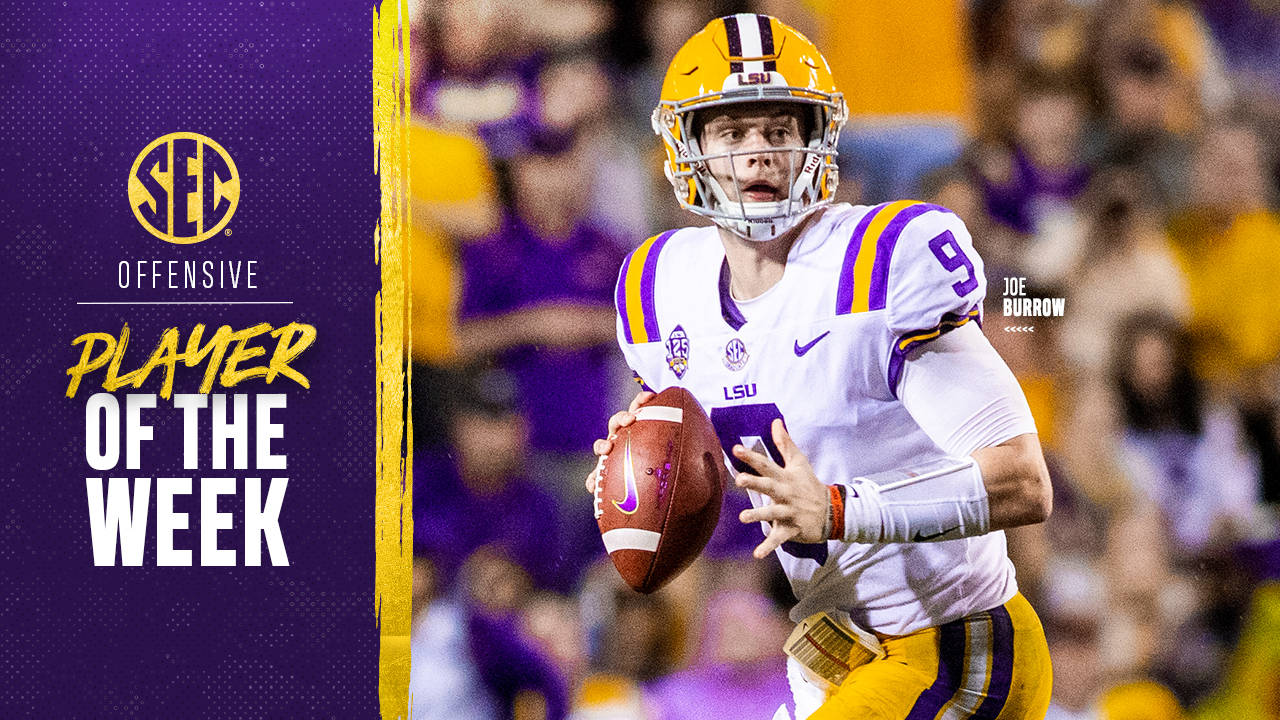 BATON ROUGE – For the second time this year, LSU quarterback Joe Burrow has been named the Southeastern Conference Offensive Player of the Week for his performance in the win over Ole Miss, the league office announced on Monday.

Burrow, a junior graduate transfer from The Plains, Ohio, also won the award for his play in LSU’s win over Auburn in week three.

.@Joe_Burrow10 is the @SEC Offensive Player of the Week!

Against Ole Miss, Burrow set career-highs for rushing yards (96), passing yards (292) and total offense (388) in the 45-16 victory. Burrow accounted for four touchdowns (3 passing, 1 rushing) as LSU racked up a season-high 573 yards of offense. It’s the fifth straight game that LSU increased its offensive output from the week before.

Burrow connected on 18-of-25 passes and threw scoring strikes of 21, 65 and 5 yards in the victory. He added a 35-yard touchdown run in the fourth quarter as the Tigers improved to 5-0 overall and 2-0 in league play.

Burrow’s 388 yards of total offense ranks as the fourth-highest total in school history.

Burrow, now 5-0 as LSU’s starting quarterback, has thrown 131 passes this year without an interception. He’s also one of only two Power 5 quarterbacks with 1,000 passing yards and zero interceptions.