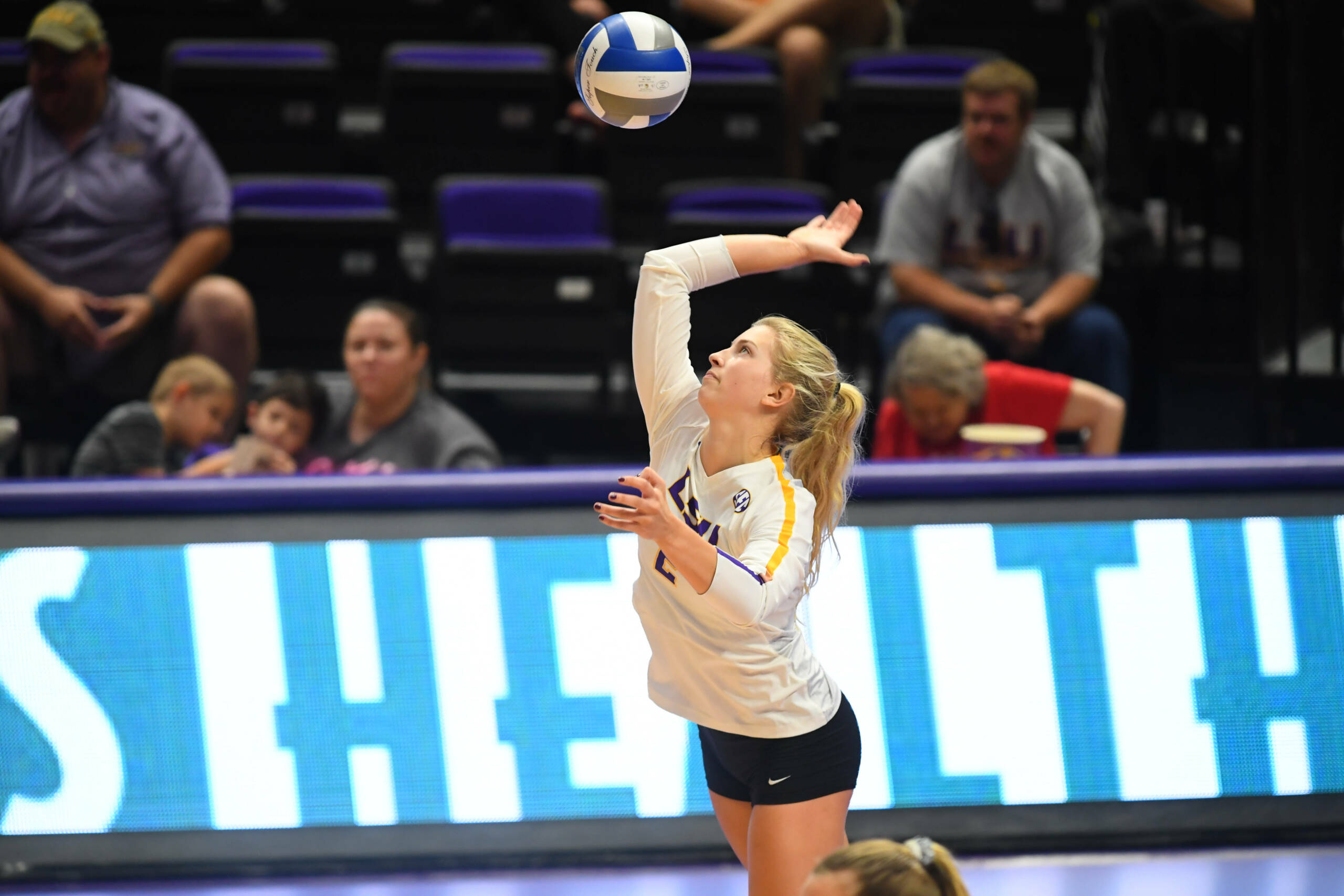 Sophomore Taylor Bannister led the Tigers with a match-high 21 kills, hitting at a .340 clip. Sophomore Raigen Cianciulli anchored the back row with a team-leading 21 kills. Anna Zwiebel finished the match with her 19th-career double-double, tallying 14 digs and 47 assists.

“Well, you know, once again if you look at the stat sheet, you don’t really understand how we lost. Because again, we’re winning on the stat sheet. We’re doing a lot of really good things, but we’re just not doing them when they really matter. I’m excited about the direction we’ve gone in the last two matches. I’m excited about the lineup we have going. I think Anna’s doing a tremendous job setting and leading. We’re super disappointed with the loss because we had every opportunity to win this match and we did not get it done.”

On improvement shown by the team in the past few matches…

On the seventh largest crowd in program history and atmosphere…

“I wasn’t sure after that late football game that we were going to have a big crowd, but what a great atmosphere, what great support. I would just say stick with us, we are going to get it figured out. It is a fun event. The band is incredible. Our kids are fighting hard. We fought harder tonight than on Wednesday night, so I am proud of them for that. If we have that fight and clean up a few things, the result will change.”