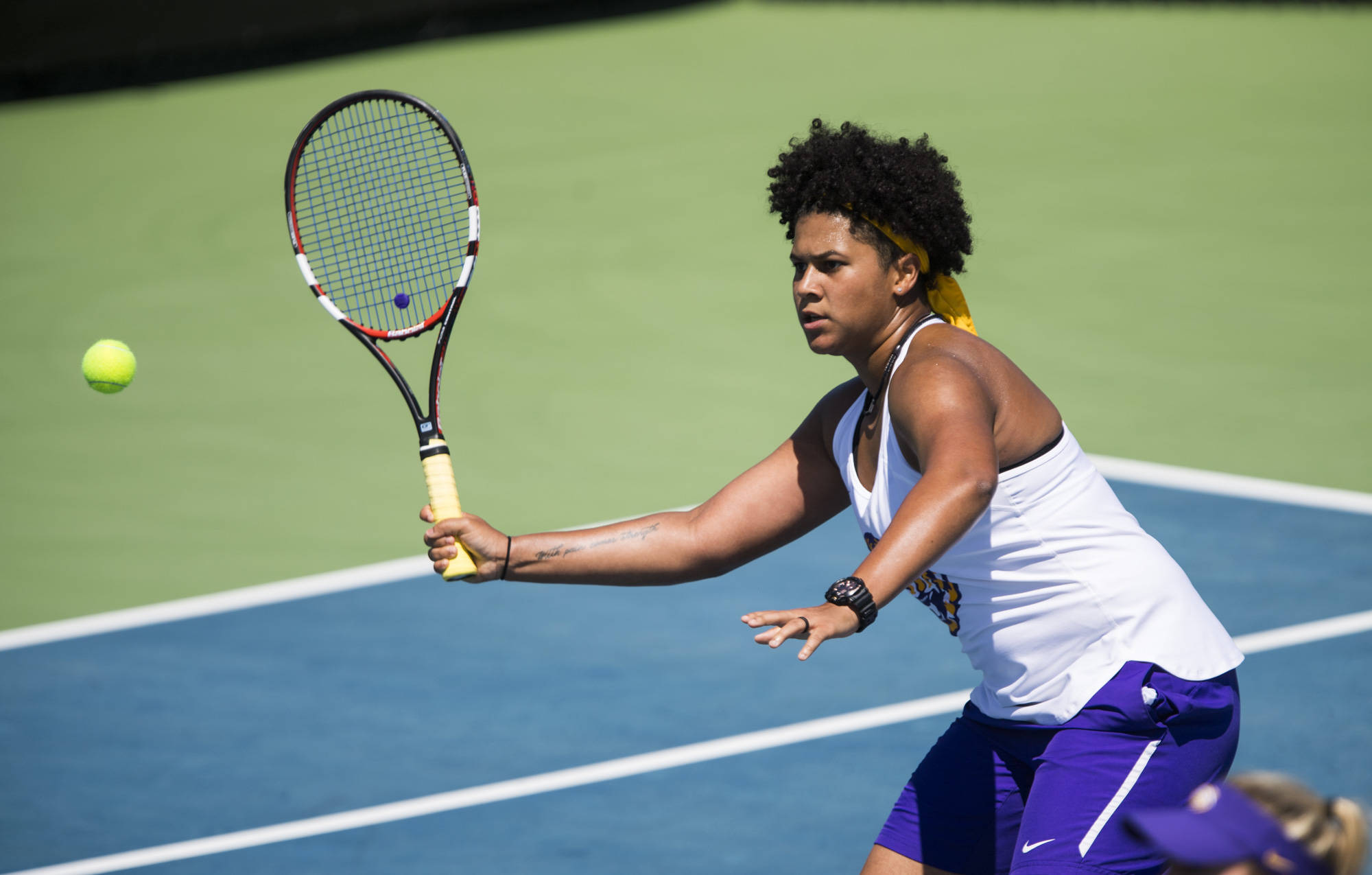 PACIFIC PALISADES, Calif.—LSU women’s tennis senior Kennan Johnson won both of her singles matches in the pre-qualifying round of the ITA All-American tournament on Saturday.

Sophomore Taylor Bridges dropped her opening match against No. 123 Holly Hutchinson of Old Dominion in pre-qualifying competition before advancing in the consolation round. Bridges took the match against Cal St. Fullerton’s No. 115 Genevieve Zeidan in straight sets, 7-6(6), 6-0.

Freshman Anna Loughlan and Johnson won in the pre-qualifying opening round of doubles taking down George Washington duo of Maria Siopacha and Melis Bayraktaroglu, 8-7(5). The Tiger pair will face Wake Forest’s No. 59 Eliza Omirou and Anna Brylin in the round of 16 on Sunday at noon CT.

Johnson will face Martina Capurro Taborda of Oklahoma in the final pre-qualifying round of 16 on Sunday starting at 2:30 CT.