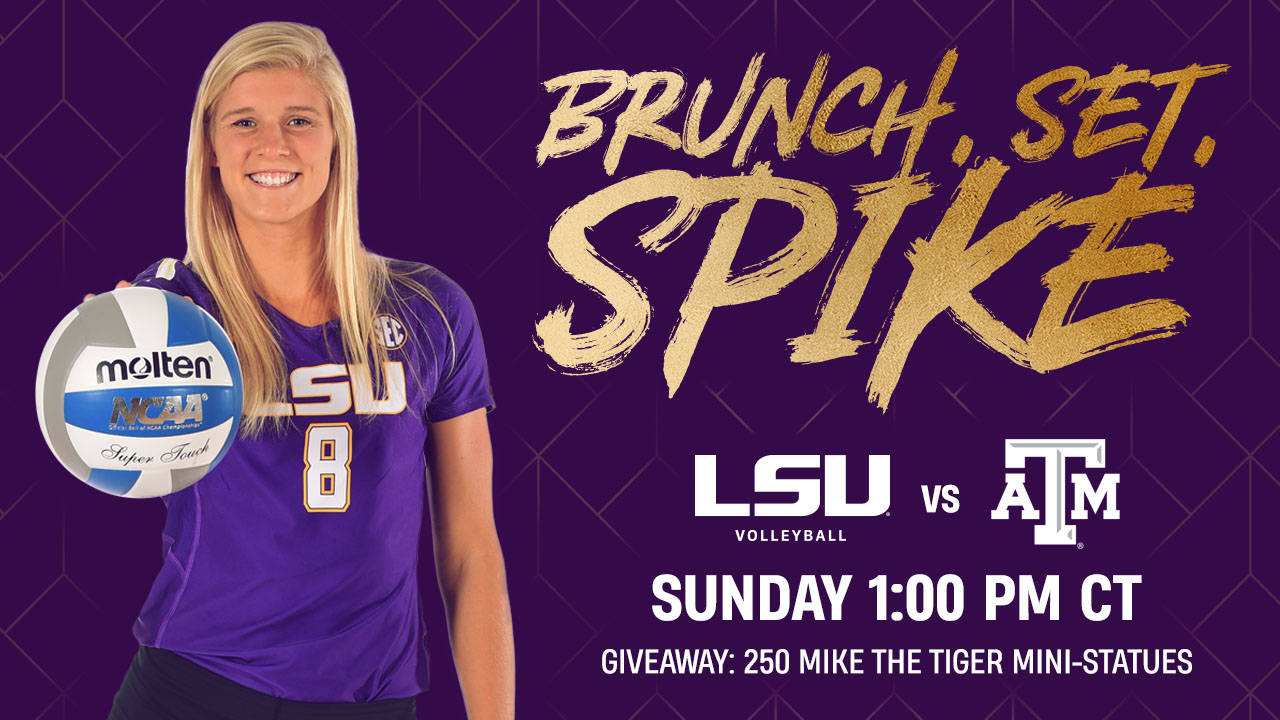 BATON ROUGE – After a close match with No. 11 Florida on Wednesday, the LSU volleyball team (5-9, 0-3 SEC) is looking to get back on the winning track as it faces Texas A&M (9-5, 2-0 SEC) Sunday afternoon at 1 p.m. inside the Pete Maravich Assembly Center.

The match will stream live on SEC Network+ with Lyn Rollins and Garrett Walvoord on the call. Fans can access the match online through WatchESPN.com and the app. The match will also be available via live stats at LSUStats.com.

Series History
The Tigers trail the Aggies 24-14 in the all-time series. Last season, the Tigers broke a three-match losing streak to Texas A&M with a 3-0 sweep in the SEC opener. That match was in front of the fifth-largest crowd in program history of 1,691.

>> Junior Milan Stokes led the Tigers in the match with a match-high 12 kills and a .346 hitting clip.

>> Raigen Cianciulli picked up match-high 20 digs to lead LSU. It was her third match of 20 or more kills and 12th match of the season leading the Tigers in digs. Cianciulli is fourth in the league in digs per set at 4.24.

>> Bannister ranks first among the SEC in points per set at 5.01. She is ranked second among the league in kills at 4.51. Both of those numbers are ranked in the top-20 of the country. Her kills per set is 17th in the nation, while her points per set sit at 14th. Bannister finished with 11 kills against Florida on Wednesday night.

>> LSU returns 10 letterwinners from last year’s squad and were picked to finish fourth in the SEC Coaches Poll back in June.