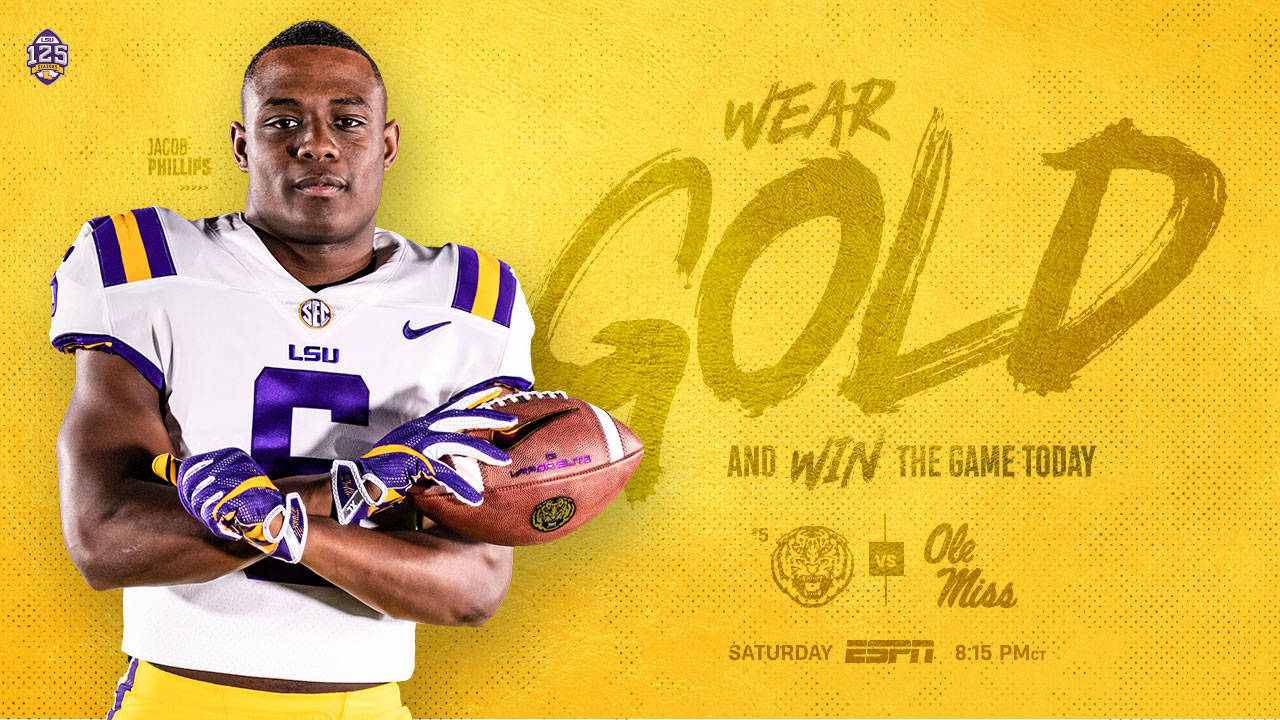 The game is scheduled for an 8:15 p.m. kickoff on ESPN and WatchESPN.com. The game will also be broadcast on the LSU Sports Radio Network, available online at LSUSports.net/live.

The Tigers enter with one of the most impressive resumes in college football, posting two top-10 wins in the first three weeks of the season. But Ed Orgeron wants to see his team improve on last week’s 38-21 win over Louisiana Tech, in which the Bulldogs became just the second team to post 300 yards passing against a Dave Aranda-led LSU defense.

“We were not rushing the passer the way we should have and we are going to get it fixed this week,” Orgeron said. “Also, our coverage consisted of a lot of one-on-one coverage and we did not get it done this week.  We have to clean up what we’re doing.”

Defensively, the Tigers still rank 15th nationally in scoring defense, allowing just 14.8 points per game. Their strength has been against the run, where opponents average just 2.61 yards per carry after four games, the sixth-best figure in the country.

On offense, Joe Burrow is now 4-0 as a starter, the only LSU quarterback with two top-10 wins in his first three starts. Burrow followed up his SEC Offensive Player of the Week performance against Auburn with a solid 16-for-28, 191 yard day against Tech.

The running game continues to be LSU’s strength, as Clyde Edwards-Helaire rushed for a career-high 136 yards last week with two scores. The Tigers are now 14-0 under Orgeron when at least one back goes for 100 yards, and Edwards-Helaire joined leading rusher Nick Brossette (409 yards, 5 touchdowns) in this season’s century club to make it 10 straight years for LSU of at least two backs rushing for 100 yards in a single game.

At receiver, junior Dee Anderson had a breakout game against Tech, catching five passes for 81 yards, including a critical 28-yarder down the left sideline to help set up a crucial second half touchdown for the LSU offense. Anderson is up to 141 yards receiving on the year, second on the team only to Justin Jefferson‘s 195 yards.

“I’m proud of what he has done,” Orgeron said of Anderson. “Dee goes to class, he attends tutors, he’s very respectful, he works hard at the weight room, he has garnered the respect of his teammates and he’s made plays. Right now, he’s probably one of our go-to receivers so we’re proud of him. He’s worked his way up, nothing has been given to Dee.”

Special teams continue to be a central part of LSU’s success this season. Punter Zach Von Rosenberg ranks third nationally with a 48.0 yard per punt average, and kicker Cole Tracy is 9-of-10 on field goals.

LSU also remains one of the nation’s top teams in the turnover battle. The Tigers have given the ball up just once in four games and twice in the last 24 quarters under Orgeron, while the defense ranks second in the SEC with nine takeaways.

“It is just a mindset of we want to go and get the ball and we also want to protect the ball at everything we do,” Orgeron said. “It is working and we have to continue to work it.  With us being plus-8, we are way ahead of where we were last year and we want to continue to do that.”

Ole Miss enters with one of the SEC’s most prolific offenses. Matt Luke’s squad averages 42.0 points per game (third in the SEC) and 347.5 passing yards per game (first in the SEC). Quarterback Jordan Ta’amu and receivers A.J. Brown and D.K. Metcalf are all threats in the passing game, ones Orgeron knows LSU must limit as much as possible.