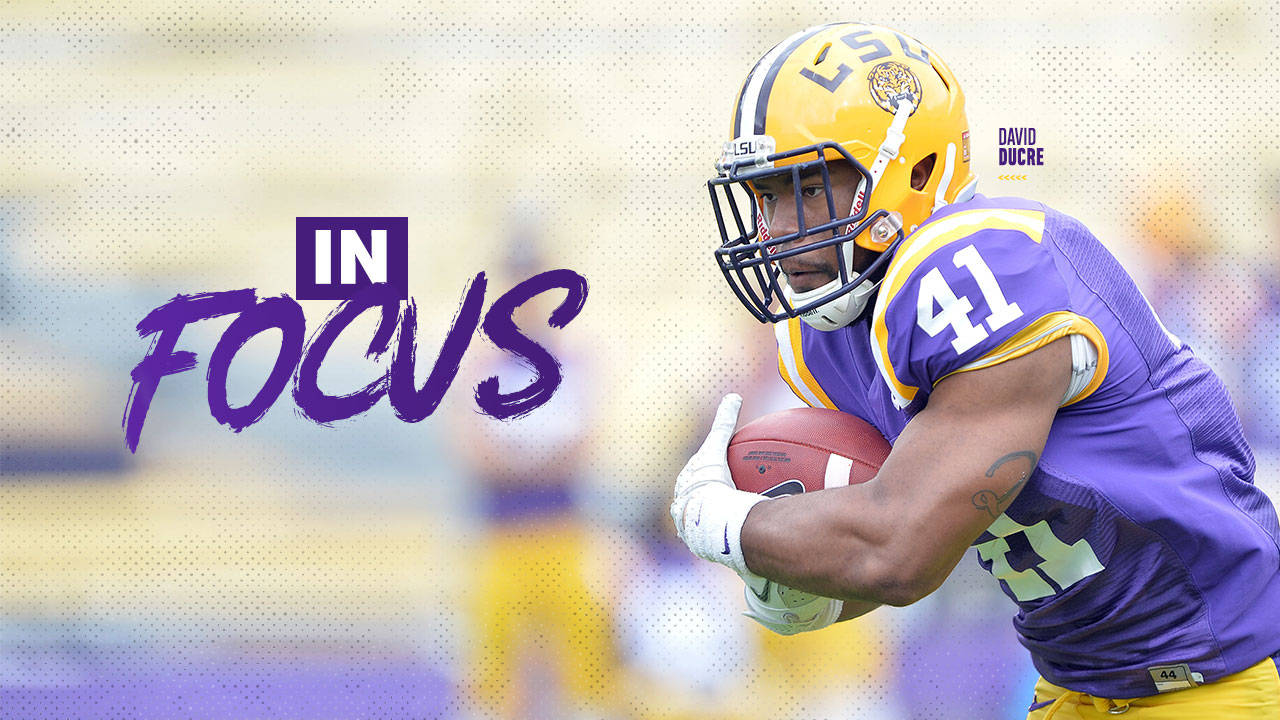 Adapting to a few changes here and there is nothing new to David Ducre.

Even as a young boy, the senior tight end took change well, and transitioned fairly smoothly.

Ducre grew up in the small town of Lacombe, La., right outside of Slidell, where he attended Lakeshore High School.

“I was probably seven when I started playing football,” Ducre says. “My dad was real big into it. He coached a little league team, so I signed up for it.”

However, he originally enjoyed playing baseball from the age of six up until his high school years. Ducre decided in high school that he wanted to stick with football and focus more on it, because that is where he saw a future.

“Football was a lot of fun. It was definitely different because when I was young I used to play baseball mostly,” he says, “but it was fun and I really liked it.”

Throughout high school, Ducre’s main goal was to play college football. His father, David Ducre II, went to college at Southeastern Louisiana for track, where he threw the discus. Needless to say, hard work and athleticism is in the younger Ducre’s blood.

Fast-forward a few years, and now the 6-foot-1, 242-pound athlete wears an LSU football jersey on Saturday nights in Tiger Stadium. Ducre grew up watching LSU football, so for him, this is a dream come true.

“Coach Faulk, Kevin Faulk, was my favorite LSU player growing up,” he says.

Initially recruited out of high school as a running back, Ducre has jumped from position to position. First, he was a fullback. Then, he moved to tight end, back to fullback, and for his final season as an LSU Tiger, he found a home as a tight end once again. Ducre received the news the day before the Tigers’ first preseason scrimmage.

“I already had a really good grasp on the offense, so it wasn’t really that hard from a mental standpoint,” he says, “but the different blocking schemes … I had to pick up on all of that. I also had to learn the offensive lineman calls.”

He had one day to prepare for the upcoming scrimmage, and he basically had to learn everything that was installed since January for the tight end position.

It was really no problem at all for Ducre. In fact, you would have never known during the scrimmage whether or not he was struggling, according to his teammates.

“He is so versatile that he can play different positions on the football field and be effective doing it,” says senior running back Nick Brossette.

This speaks volumes on not only how hard-working Ducre is, but how intelligent he is as well.

“What stands out about David is how smart and athletic he is, and he definitely has swag,” Brossette says. “He always has a new pair of Jordans on.”

Ducre graduated in May with a bachelor’s degree in management, and he continues on into his senior year of football.

“It’s good that I’m a senior, but at the same time it’s my last go-around,” Ducre says. “It’s a bittersweet feeling.”

LSU has impacted Ducre “greatly” both on and off the field. Between the people he has met along the way, and the lessons he has learned from coaches, his life has definitely been impacted for the better.

“I’ve met a lot of people that have benefited me throughout my time here,” he says. “I feel like I’m going to take a lot of the things I’ve learned here and use them throughout my life.”

Coach Faulk was not only one of his favorite LSU football players growing up, but he has also been a mentor to Ducre. Since he has switched between positions several times, his position coaches have also impacted Ducre’s life throughout his time here.

“It’s great just being able to sit down and talk to them about anything that’s going on, and they help you through it,” he says. “They try to take on a father figure role.”

The things Ducre is going to miss most about playing LSU football are his teammates and the relationships formed. Everyone will be going off into different directions, whether it be in the NFL or elsewhere.

“People will be all over the place,” he says.

The young boy who joined his father’s little league team at the age of seven, grew into a hard-working man who, in high school, knew exactly what he wanted—to play college football. Safe to say, that goal was reached.

“Make your decisions based off your mind, not really your heart,” Ducre says. “Think things through before you make decisions, and continue to work hard the way you always have. Things will fall in your lap.”