Tremont Waters: "I Just Have a Different Mindset" 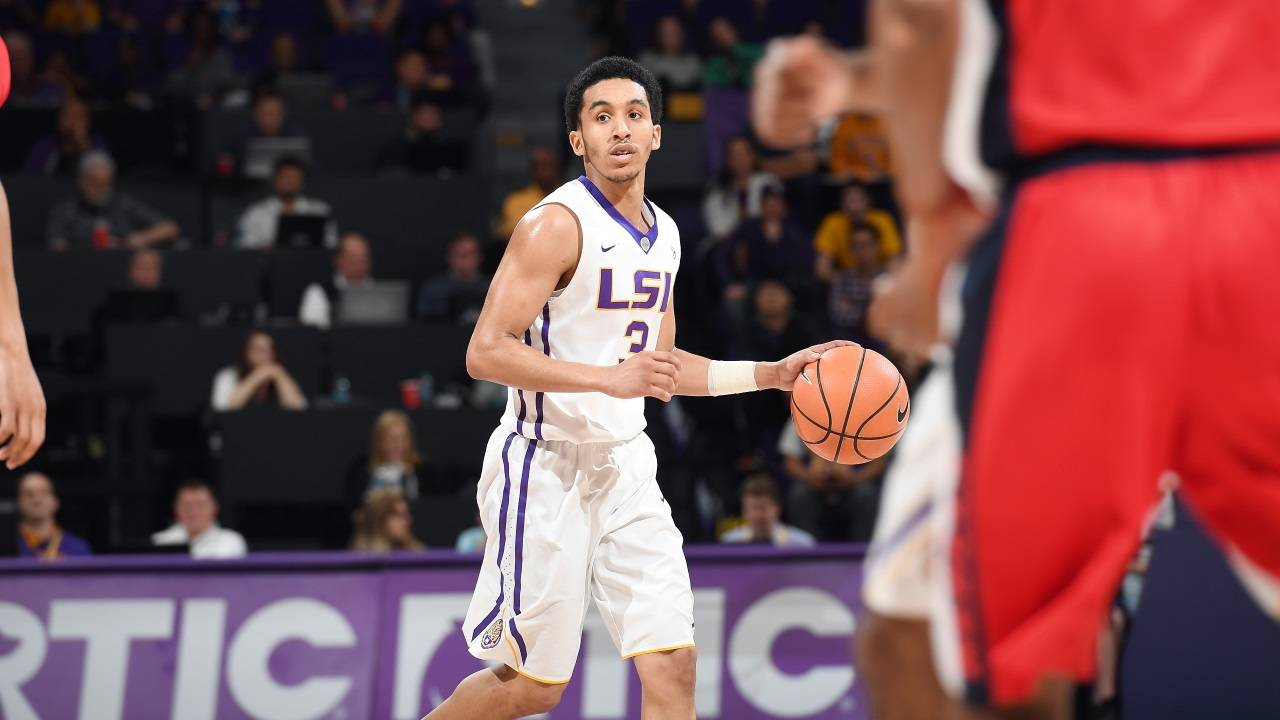 It only takes a glance to see the difference: Tremont Waters has transformed this offseason.

After setting the school record for single-season assists by a freshman last season – while also leading the team in scoring and steals – Waters has a new look heading into year two.

He’s put on muscle. He’s added some facial hair. He even looks taller – that’s just the shoes, he jokes.

But the physical transformation is only an outward reflection of an internal change, a new perspective forged by maturity and a summer of hard work.

That perspective was shaped this summer by one of the best point guards to ever play the game. Waters spent early August in Winston-Salem at Chris Paul’s Elite Guard Camp, where he was named one of the event’s breakout players.

Sure, he played well, showing off his new physique, developed skillset, and even his hops – one of his putback dunks during pickup went viral.

But more important was the time he got to spend with Paul, picking his brain on how to take his game to the next level.

“The competition was good and everything, but throughout the drills, pickup, 5-on-5, I was sliding off to go talk to Chris Paul,” Waters said. “Asking him, what could I do better? What do I need to work on? What am I doing well that I could improve on still? Just talking to him, watching his film, seeing what he does, because he’s a smaller guard in the NBA. I just kept trying to find him and ask him what I could do to get better.”

Waters targeted bulking up – he’s up from 168 to 175 and is eyeing 180 pounds by season’s start – reducing turnovers, improving as an on-ball defender, and becoming a more vocal leader this summer, all while further refining the things that make him one of college basketball’s most electric players: the step back jumper, the crisp handles, the bullet passes spotted thanks to elite court vision.

He is also excited about the talent around him heading into his sophomore year.

“There’s obviously still a bunch on my shoulders, but there isn’t as much scoring to do,” he said. “I’ll be able to manage the game more, shoot whenever they need me to score, and just play my game, make everyone better, move the ball. Our talent is up, and everyone’s going to be watching. I feel like the expectations for our team this year are a lot higher, but as long as we do what we need to do on the court, it doesn’t really matter what everyone else thinks.”

Tremont Waters on his new mentality and learning from @CP3 pic.twitter.com/FadNOTQqLH

It’s a mindset head coach Will Wade has seen develop up close. He says Waters understands better than ever what’s expected of him.

Simply put, that’s to elevate those around him.

Being a leader: “Last year, I was more of a leader that led by actions. This year I have to lead by example, with actions and words. After going through last year, I’m able to talk to Ja’Vonte (Smart) and tell him what’s going to happen with certain situations in games, how to manage the game, what Coach Wade is looking for in late game situations, because he always talks about the six minute game. Just being able to talk to them and help them realize, it’s not high school anymore. It’s a physical league. We have to play together. No one person can get the job done.”

Working with Ja’Vonte Smart: “In practice, we go at it every day. Picking Ja’Vonte up full court, which I didn’t do last year. I’m working on that, and he has to do the same. We’re both pretty crafty with the ball. Every day, we have to come ready and prepared because we’re going at another great point guard. It’s weird for me, because I’ve never played with another guard who handled the ball. Skylar (Mays) was the closest one I’ve played to, someone I can legit just leave the ball and I know the ball is secure with this person. Just to have them two, it lessens the burden on me.”

Improving shot selection: “Obviously, you want to work on all things at all times. Last year, I had to take some contested shots that were necessary in the moment. It was just the way our team was last year. I don’t think I’ll have to take as many bad shots this year, so I feel like my percentage will go up.”

Balancing scoring and facilitating: “I’ve been playing basketball forever, so I’m not going to focus on one thing too much. I know if you do that, you’re going to mess up in some way. However the game plays out, I’m just trying to win. If I don’t have to score as much, I’ll just pass more. I’ll just play the game the way I need to play and my team needs me to play.”