Volleyball Falls in Close Match with No. 11 Florida

by Chelsey Chamberlain
LSU Volleyball vs. No. 11 Florida Box Score +0 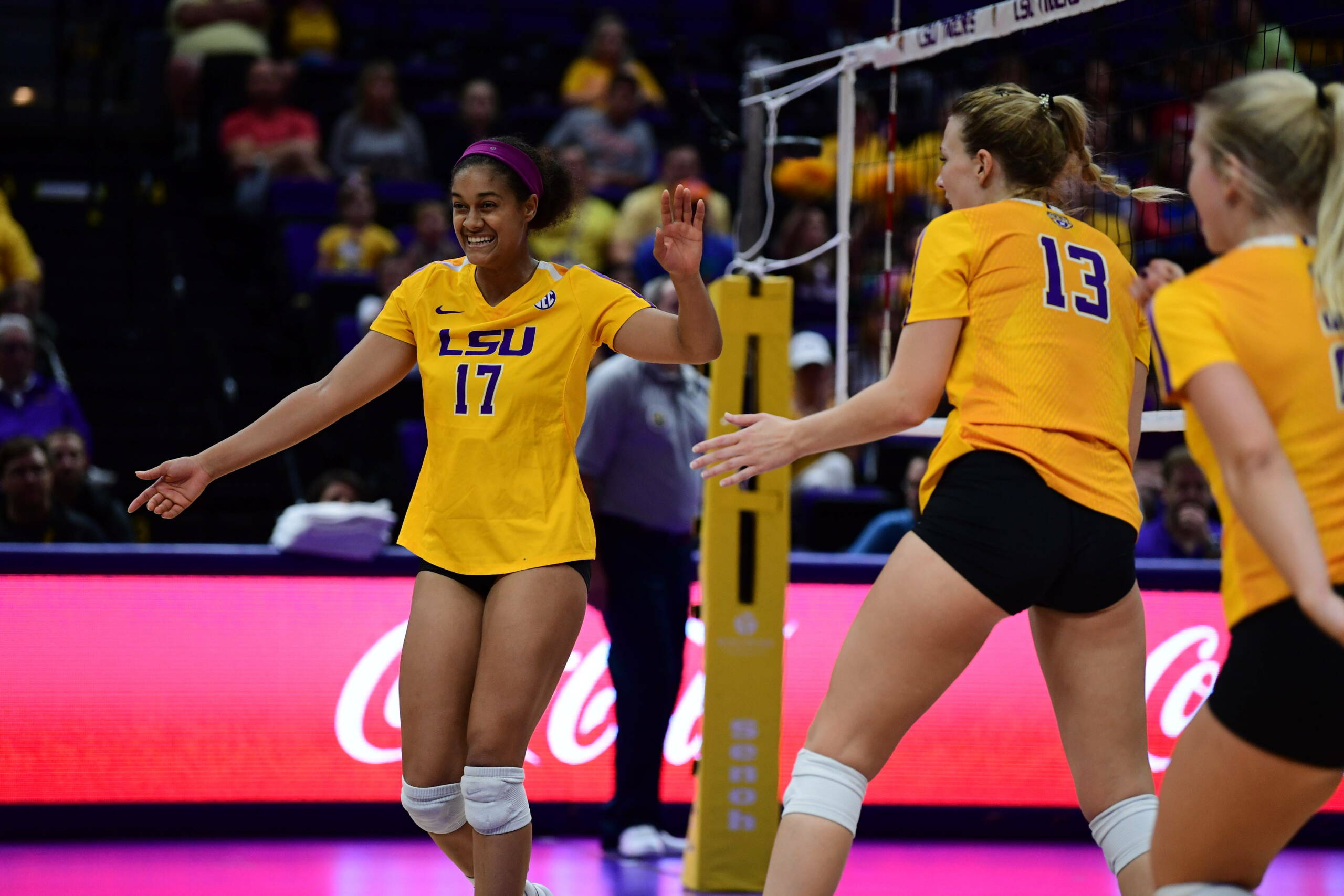 Junior Milan Stokes led the Tigers for the first time this season with a match-high 12 kills and a .346 hitting percentage. Sophomore Raigen Cianciulli anchored the back row, picking up 20 a match-high 20 digs.

The Tigers out-killed and out-dug the Gators, 45-44 and 38-34, respectively. Sophomore Taylor Bannister finished with 11 kills and Anna Zwiebel dished out 32 assists and nine digs.

“I’m super proud of the effort tonight. I thought our kids came to play. We were calm. We were collected. We were driven. The mentality and kind of disposition of the team was something we’ve been searching for. We’ve been playing frantically and unsure and tonight we played sure and in control. We had a great opportunity against a really good team and just couldn’t quite defend well enough to stop them enough times to win the match.”

On what the team needs to do to break through…

“I think our offense got fixed. I think Anna (Zwiebel) came in and did a great job and ran the show. She created for everyone. I thought Sydney (Mukes) and Milan (Stokes) did a great job on the pins. We didn’t have Taylor (Bannister) in the way we usually have Taylor tonight. Our defense is what cost us. We have got to become gritty. Defense is about heart and desire and just relentlessness. We fought hard, but just not quite hard enough and that’s the edge that we need to find.”

On the atmosphere in the PMAC tonight…

“This was a great crowd. We appreciate the people coming out. I know our record isn’t what everybody expected. But this team is good. This team is going to take off. We’re going to have some great, exciting matches on our home court. Sunday’s a really important match (vs. Texas A&M) and I’m hopeful that we’ll fill this place and get a ton of people after a great football win.”