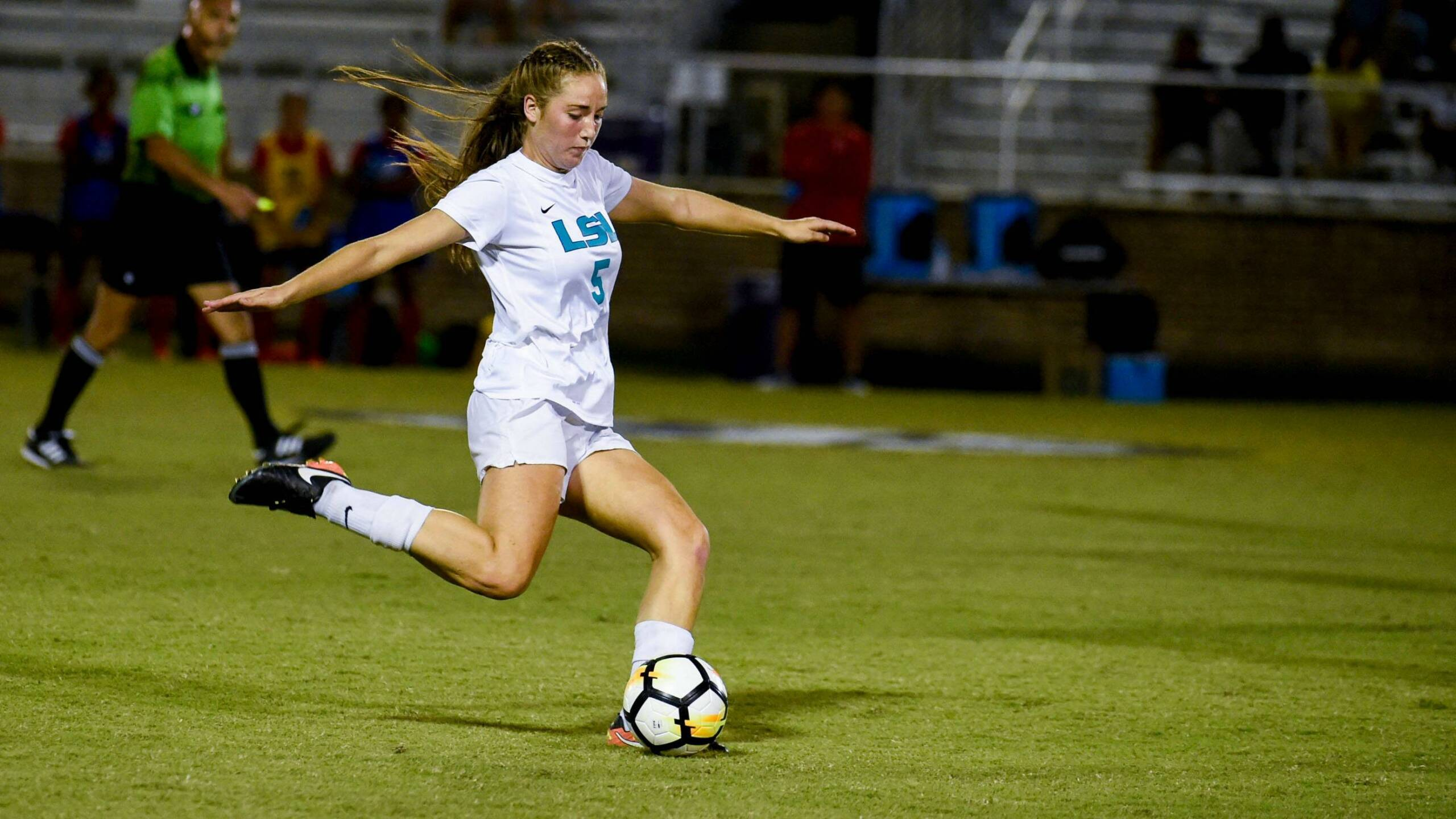 Baton Rouge, La. – The LSU soccer team (6-4-1, 0-2-1 SEC) will close out its September schedule on Thursday night with a home match against Alabama. First kick will be at 7 p.m. and LSU will be donning teal jerseys in support of Ovarian Cancer Awareness Month.

Alabama has won 11 of the 23 matches between the two schools dating back to 1995. It’s been a competitive matchup over the past several years with seven of the last eight matches going to extra time. Four of those seven extra time matches have ended in a draw, while Alabama has claimed two overtime wins to LSU’s one overtime win. The only result to not go to extra time in the last eight years was in 2011 when the Tigers prevailed by a score of 2-0. Head coach Brian Lee owns a 6-3-4 record against the Crimson Tide since he took over in 2005.

Caroline Brockmeier tallied the 21st shutout of her career last Thursday night against No. 9 Auburn. The shutout was the seventh of her season which has her tied for the third-most in the NCAA entering Thursday’s match. Brockmeier had a season high 11 saves in the match against Auburn, a number that is the most by any SEC keeper in a league match this year. Brockmeier and LSU’s backline did not allow a goal for 558:59 consecutive minutes of play, which is a career long; the streak began with LSU’s shutout victory over Liberty (Aug. 23) and ended when Texas A&M scored in the 19th minute of the match contested on Sept. 14. The 558:59 minute streak was the second longest in program history. Brockmeier had a stretch from the end of her sophomore year to the beginning of her junior year that she didn’t allow a goal for 447 minutes of play. There has been four instances in LSU’s 24-year history that the Tigers have registered four-straight shutouts or more; two of those have come in 2017 and 2018 with Brockmeier in the net. Having allowed 11 goals in 1,012 minutes of play, Brockmeier is averaging 0.98 goals against during her senior campaign which is a career best.

The Tigers will be wearing teal jerseys to raise awareness for ovarian cancer. Thunderstix will be passed out to fans and it will be Faculty Appreciation Night as well.

LSU has scored eight of its 14 goals in the first half this season. A trend that bodes well for the Tigers, LSU is 6-2-0 this season when it takes a lead into the locker room at the half.

LSU’s 14 goals this season have come from eight different players. Adrienne Richardson owns the team lead with four goals. Abbey Newton (3) and Marlena Cutura (2) are next on the goals scored list, and four of those five goals have been game winners. Molly Thompson, Lucy Parker, Tiana Caffey, Lindsey Eaton and Alex Thomas, who each have one goal, are the fourth, fifth, sixth, seventh and eighth goal scorers for the Tigers in 2018.