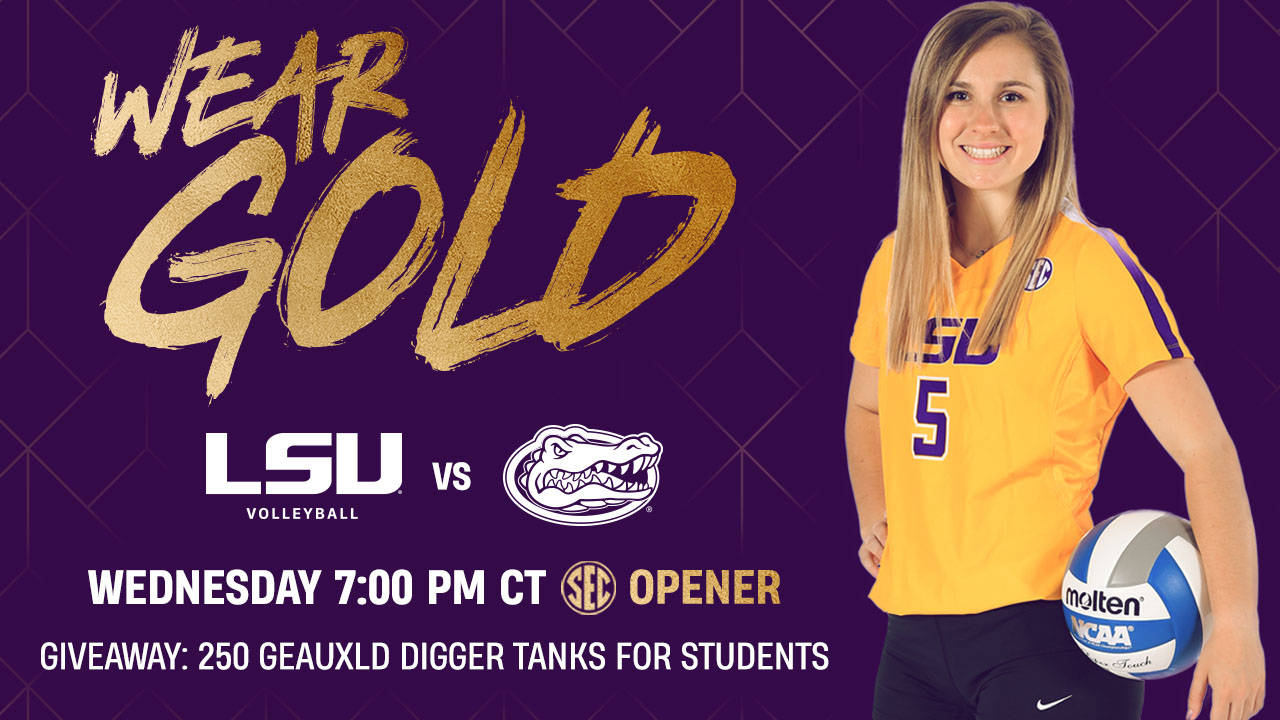 The match will air live on SEC Network with Courtney Lyle and Jenny Hazelwood on the call. Fans can access the match online through WatchESPN.com and the app. The match will also be available via live stats at LSUStats.com. The match will be the Tigers’ annual gold match, fans are encouraged to wear gold.

>> After being on the road the last three weekends, the Tigers return home this week to face No. 11 Florida on Wednesday at 7 p.m. inside the Pete Maravich Assembly Center.

>> Taylor Bannister opened up SEC play with a 23-kill performance, her 11th match in double-digit kills and 12th-straight match leading the Tigers.

>> Raigen Cianciulli picked up match-high 23 digs against Georgia Friday, her 11th match  leading the Tigers and 10th match in double-digit kills. It was the her second match with 20 or more digs.

>> The Tigers out-blocked the Bulldogs 14.0-10.0, Whitney Foreman and Olivia Beyer led the charge with six each.  The Tigers rank fourth in the SEC, averaging 2.4 blocks per set.

>> Bannister led the Tigers for the 13th-straight match on Sunday in the loss to South Carolina, recording a match-high 12 kills.

>> LSU returns 10 letterwinners from last year’s squad and were picked to finish fourth in the SEC Coaches Poll back in June. LSU finished fourth in the league last year with a conference record of 11-7.