Football at Florida to be Televised by CBS 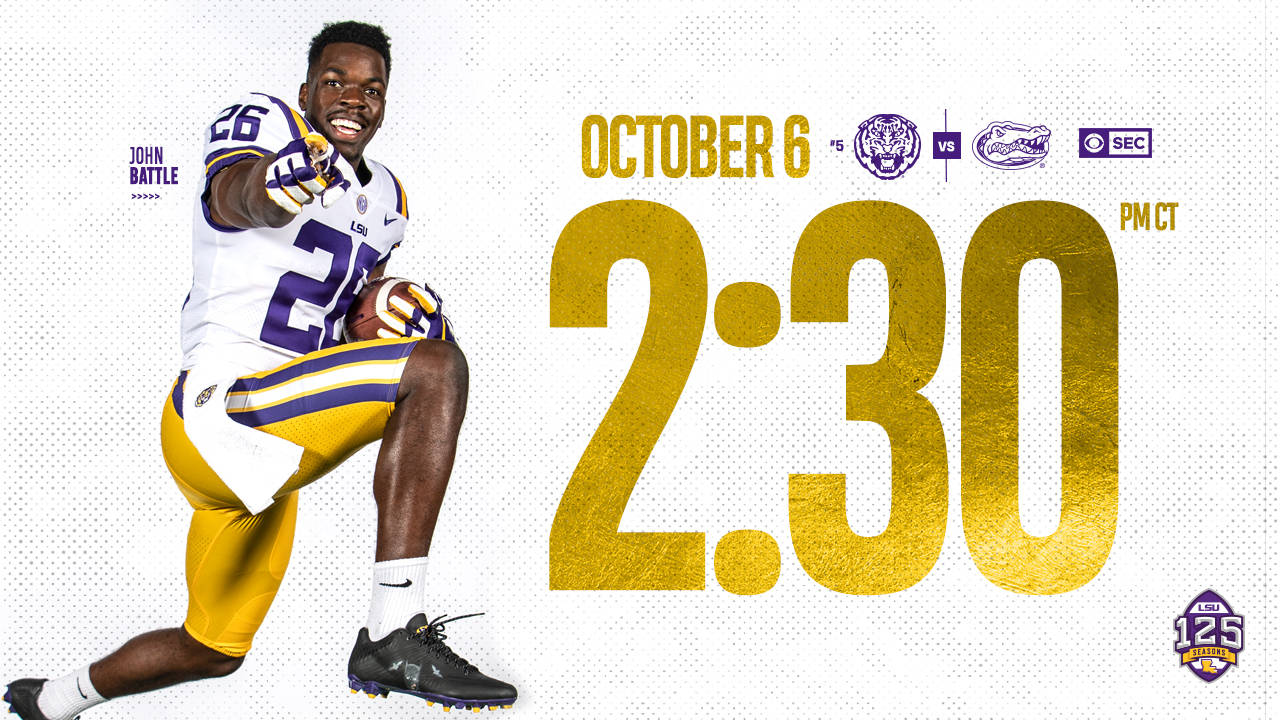 BATON ROUGE — LSU’s Oct. 6 road game against Florida will kickoff at 2:30 p..m. CT (3:30 p.m. local) on CBS, it was announced Monday morning by the Southeastern Conference and its network television partners.

Prior to traveling to Florida, LSU will play host to Ole Miss on Saturday, Sept. 29, for the annual Gold Game. Kickoff against the Rebels is scheduled for 8:15 p.m. CT on ESPN, with the pregame broadcast on the LSU Sports Radio Network beginning at 6 p.m. CT.

LSU and Florida will be televised by CBS for the 10th time since 2005, including five of the past seven games played in Gainesville.

LSU has won six of its past eight meetings with the Gators.

# Time and Network Designation to be determined after games of Sept. 29