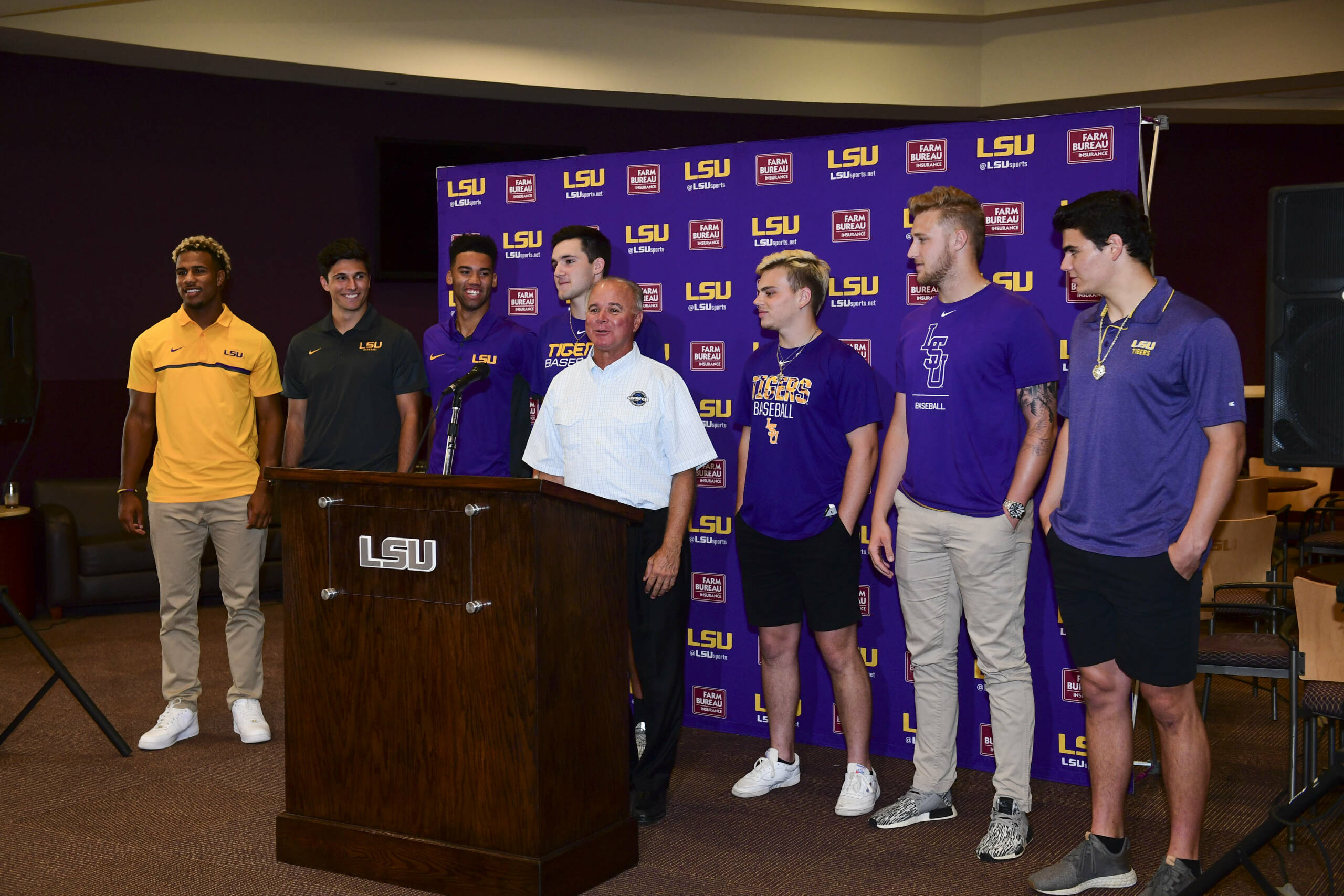 TUCSON, Ariz. — LSU landed the No. 1 recruiting class in the nation, according to Collegiate Baseball’s 2018 evaluation of NCAA Division I baseball classes.

It marks the Tigers’ fifth national recruiting title after also landing top classes in 2014, 2010, 2007 and 2004 by Collegiate Baseball. This is the ninth time in the last 10 years that a Southeastern Conference team has won the recruiting championship.

The Tigers landed an impressive haul of 16 newcomers that features seven drafted players. Six were drafted last June while another was chosen in the 2017 MLB Draft.

“This is a great class,” said LSU assistant coach Nolan Cain. “We could not be more excited with the way the draft worked out and with the players we have coming in.

“We had quite a few draft risks in this class and were very excited with the outcome of only two signing (Brice Turang 1st round and Levi Kelly 8th round). We were able to land three catchers in this class, which was a very important position in our program to upgrade and improve. We landed nine high-level arms. Out of the top three, we were hoping to get one, and we got all three.”

A complete rundown on the Top 25 recruiting classes is featured in the Oct. 5 issue of Collegiate Baseball.