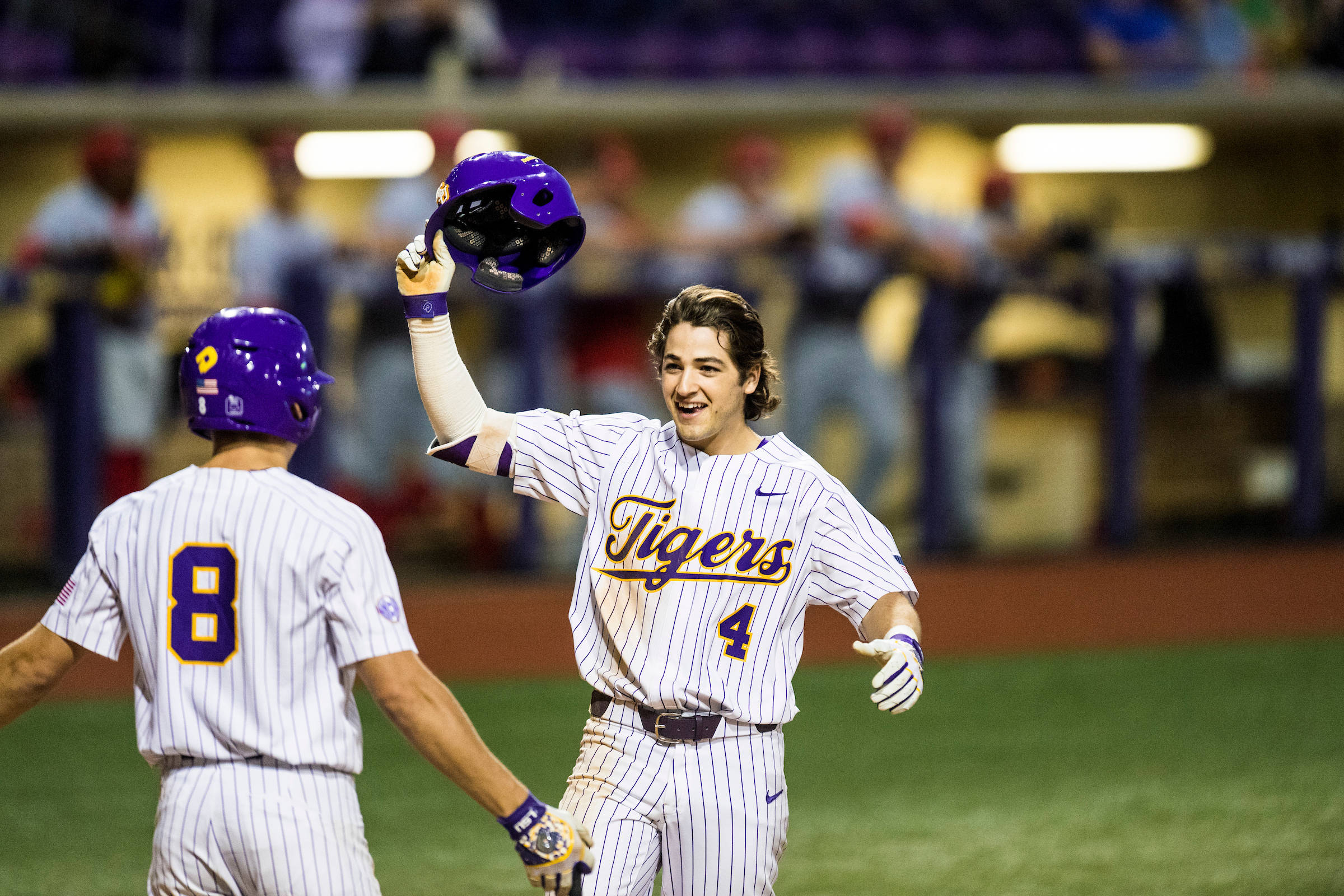 For the last month, the Tigers have engaged in strength and conditioning drills and individual workouts on the field. The 2019 season begins on Friday, February 15 when LSU hosts a game against UL-Monroe.

Prior to the 2019 season opener, LSU will partake in two fall exhibition games against New Orleans. The first will take place on Sunday, October 14 at 3 p.m. CT at The Box. The Tigers will travel to Maestri Field on Saturday, October 27 at 1 p.m. CT for their second game.

With the first practice underway, here are three strikes that are key for the upcoming fall practice period.

The Pitching Staff:  LSU returns 11 pitchers for the 2019 campaign, including right-hander Zack Hess, right-hander Ma’Khail Hilliard and Eric Walker, who is back for the fall season after missing the entire 2018 campaign after suffering a tear in the ulnar collateral ligament in his right elbow at the end of the 2017 season. There are key freshmen to look out for, including right-hander Landon Marceaux, who took the mound in the first intrasquad of the season. After finishing the year with a team-ERA of 4.87, the Tigers are looking to rebound and hoping to find key cogs to improve upon the 2018 campaign.

“The biggest thing is obviously to improve on the pitching mound,” head coach Paul Mainieri said. “Last year, I just believe was an aberration for LSU baseball, especially since Alan Dunn has been here. We weren’t even close in his previous six years on the staff to having the ERA that we did last year. We need to certainly improve on the mound. Today we pitched four freshmen, and the more times they get out there, the better they will get.”

Behind the Dish: The Tigers have two fresh faces behind the plate this fall in junior college transfers Saul Garza and Brock Mathis. Both are sophomores and appear to be impressive behind the dish. The two bring physicality to the Tigers’ team and push each other offensively. Defensively, they each have the tools to be successful behind the plate—receiving, blocking and throwing.

“We have to improve behind the plate. I think sometimes when I look at the way that the pitching performed last year, maybe part of that was because we didn’t have the quality behind the plate that we are used to having, as well. The leadership, the blocking of balls, we had too many times where the pitcher and catcher weren’t on the same page, and they crossed each other up.”

The Third Base Position Battle: Drew Bianco and Gavin Dugas are two freshmen to keep an eye on at the hot corner this fall. Mainieri spent the weeks prior to fall practice with each of them, explaining the technique necessary to play at third to be consistent and make the plays necessary to crack a spot in the lineup. Mainieri has a strong philosophy that his players will not step foot between the foul lines unless they are strong defensive players. Everyone who is not on the field is a candidate for that designated hitter spot. The duo has made significant improvement in just its first few weeks on campus. Mainieri also explained that Josh Smith or Hal Hughes have the ability to slide over as a backup.