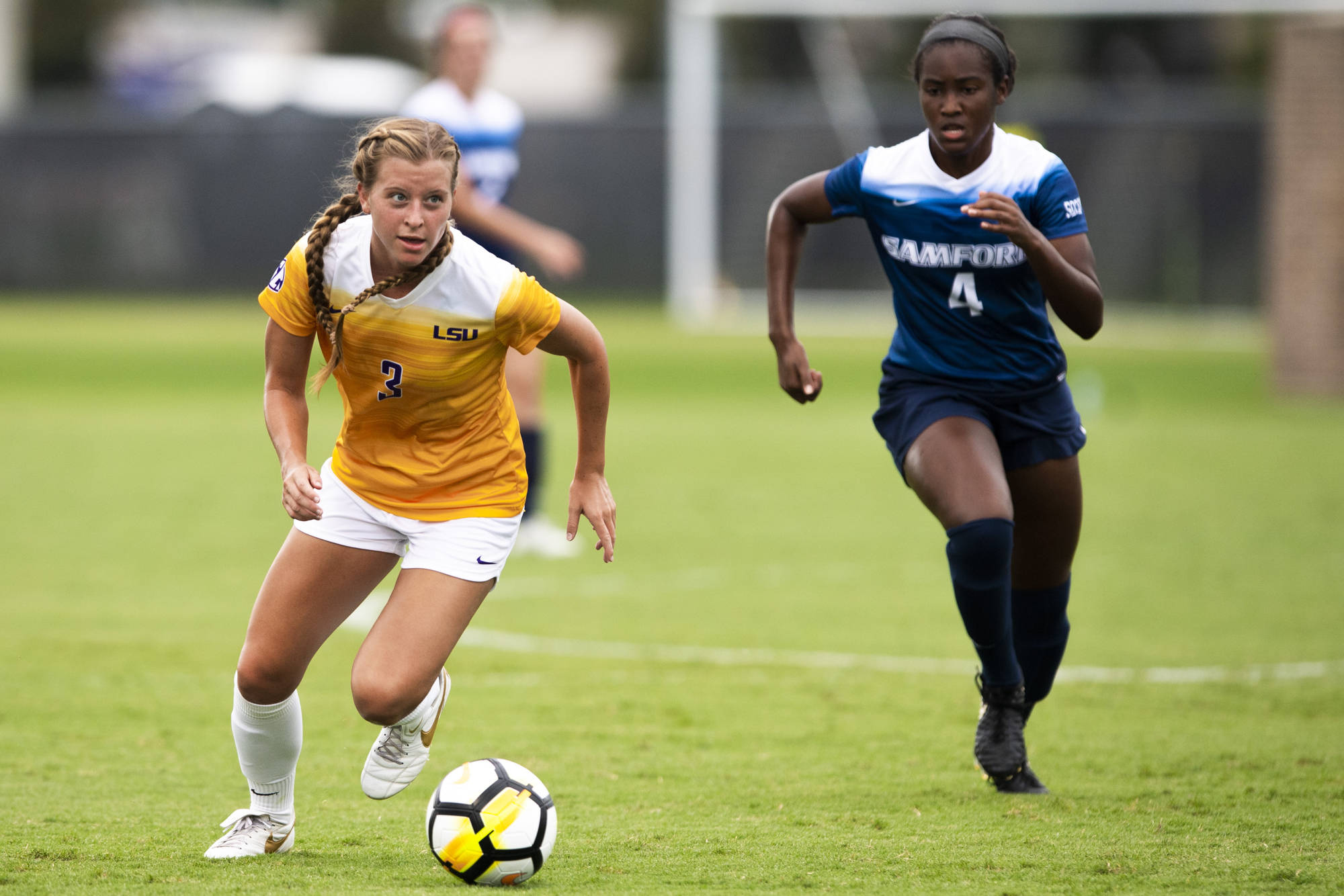 Eaton Gets LSU on the Board

Marlena Cutura started it all by sending Shannon Cooke in down the right side of the pitch. Cooke took a dribble or two and her shot from 28 yards out was initially blocked by a Florida defender. The remnants of the blocked shot trickled into the box and it was a mad dash for the ball inside the box. Eaton maneuvered her way around the crisscrossed Gator defender and beat her to the ball before she finished it off with a shot to the far left post from eight yards out. Cooke was credited with the assist, which was the first of her LSU career.

In the 43rd minute, Carina Baltrip-Reyes dribbled the ball into LSU territory from near midfield. Her initial pass was one-touched by Cassidey Lindley and it wound up on the foot of Alyssa Howell. With Caroline Brockmeier drawn out of the net, Howell chipped a shot to the far post from the right side of the box from eight yards out to even up the score.

Mayra Pelayo sent Briana Solis into the left side of LSU’s box less than five minutes into the second half and her left-footed cross on the ground was chipped in by a streaking Lais Araujo to push Florida’s lead to two.

Florida’s third goal of the game came in the 61st minute. After taking a free kick, the Gators used a couple of quick touches before Lais Araujo sent Madison Alexander in behind LSU’s backline and she chipped the shot in from four yards out while sliding.

The final goal of the game came in the 84th minute via Florida’s ninth corner kick of the game. Araujo’s service into the box found the forehead of Courtney Douglas who headed it home to finalize the score for the afternoon.

The Tigers will return to the friendly confines of LSU Soccer Stadium for a matchup against Alabama on Thursday night at 7 p.m.