Men's Tennis Stays Hot on Day 2 at Ivy Plus Invite 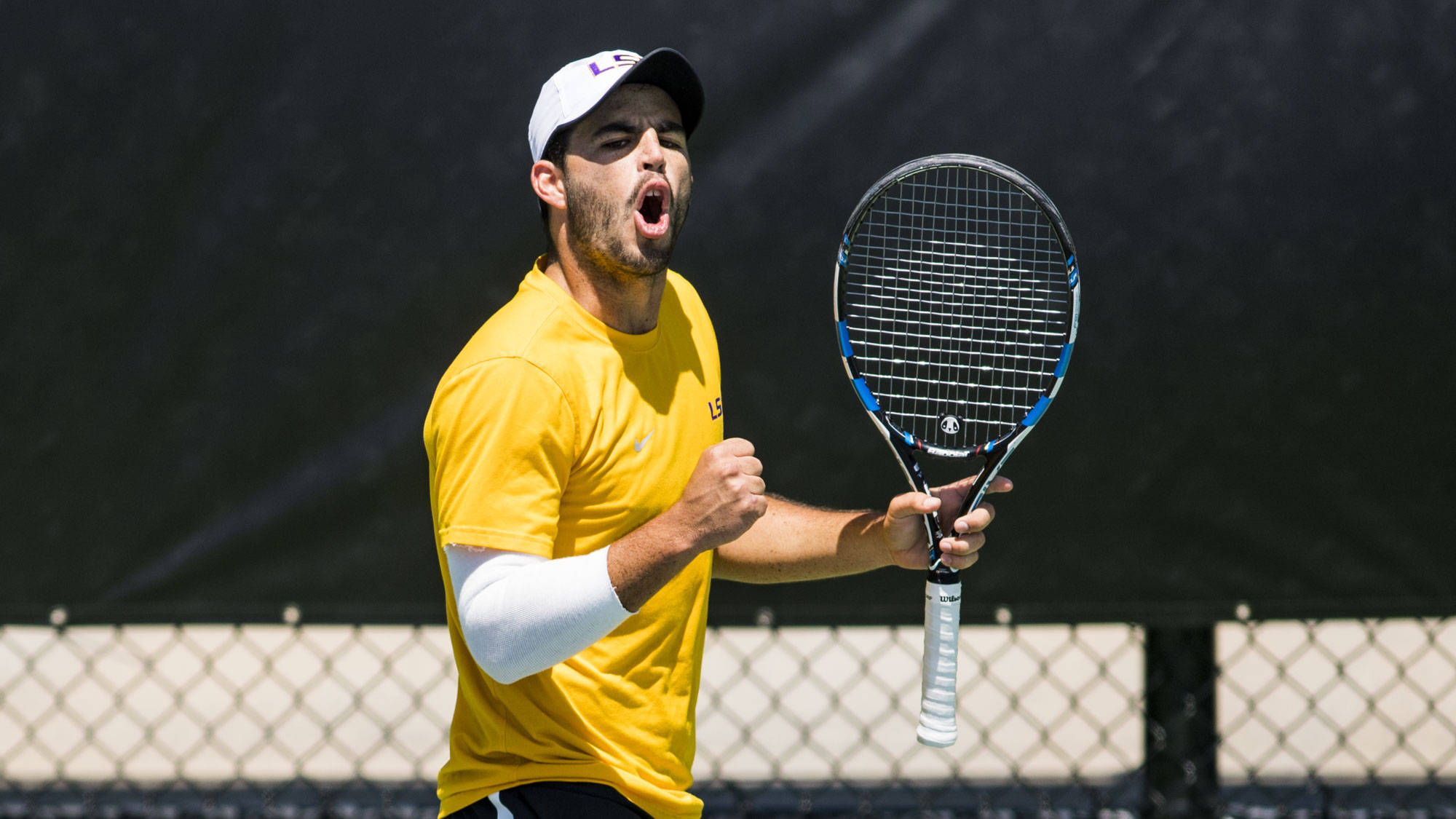 BATON ROUGE – LSU men’s tennis Rafael Wagner and Agie Moreno continued their hot starts at the Ivy Plus Invitational the Tigers rolled through Day 2 of the fall season Saturday at the Lenz Tennis Center.

Wagner had a great morning against Brown’s Roger Chou, taking the first set 6-4 before Chou retired in the second set with the match at 4-3. In a gritty 6-4, 7-6(3) victory, the junior defeated Dan Martin of Dartmouth to advance to Sunday’s championship round in the Lenz draw against Robertas Wrzesinski of Harvard at 9:15 a.m.

In the Pagoda Gold bracket, Agie Moreno also advanced to the championship round after collecting back-to-back straight-set wins against Casey Ross of Dartmouth, 6-1, 6-2, and Boriss Kamden of Tulsa, 6-3, 7-6(4).

“The guys had a sold day,” co-head coach Chris Brandi said. “Rafa and Agie will play in the championship match of their flights. Boris and Ruy earned their first wins as Tigers. Joey had a tough day after going out in two different superbreakers, but he competed hard and is playing good tennis. We are excited to see how the last day of tennis plays out and how we respond after two tough days of tennis.”

Daniel Moreno earned a 6-4, 6-4 win against Buffalo’s Hao Sheng Koay, and after falling in his first match of the day, Boris Kozlov rebounded with a 6-3, 6-0 victory against Yale’s Dylan King, marking his first win as a Tiger.

Friday, Nick Watson and Daniel Moreno earned their first career doubles win with a dominating 8-4 victory against St. John’s Luka Sucevic and Andrei Crapcenko. The duo advances to the consolation doubles finals in the White Red draw and will face Jack Winkler and Davis Wong of Michigan State Sunday at 9:15 a.m.