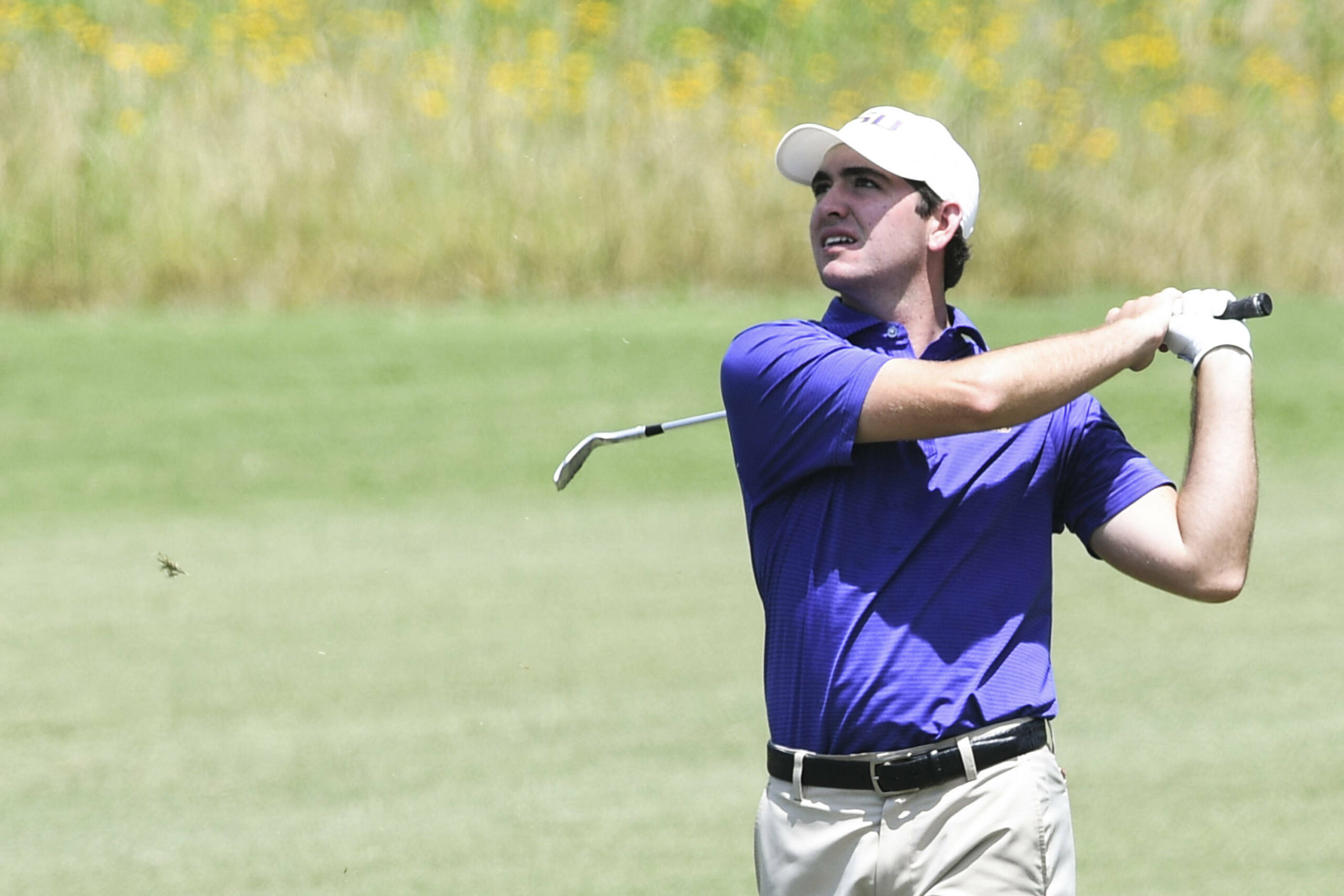 Scottsdale, Ariz. – The LSU men’s golf team carded a second round score of 6-under par 274 at the Maui Jim Intercollegiate hosted at the Mirabel Golf Club on Saturday. LSU’s two-round total of 23-under par 537 has them in a tie atop the leaderboard with Arizona State.

Philip Barbaree and Michael Sanders had the rounds of the day for the Tigers with 3-under par 67s. Barbaree’s day on the links boosted his overall positioning in the tournament by seven spots into a tie for eighth place (67-67-134). The Shreveport native eagled the par 5 seventh hole after he landed his six iron on the green with his second shot and then rolled in a 25 footer for the eagle. Barbaree would go on to add three more birdies to his total to highlight his round.

Sanders is now in a tie for 19th place after consecutive rounds in the 60s (69-67-136). Sanders came out firing on all cylinders by birdieing four of his first six holes to get him to 4-under for the round. A bogey at nine capped his front nine with a tally of 32. His back nine consisted of two birdies, five pars and two bogeys.

Carter Toms, who is playing as an individual, fired the lowest round of his collegiate career with a 2-under par 68; his round featured three birdies in his first nine holes of play and he finished the round with a total of five circles on the scorecard. Toms is in a tie for 51st. Trey Winstead finished the day in a tie for 56th at 3-over par after rounds of 71 and 72.

The third and final round of the Maui Jim Intercollegiate will begin for the Tigers on Sunday morning at 9 a.m. CT. Tee times are listed below.