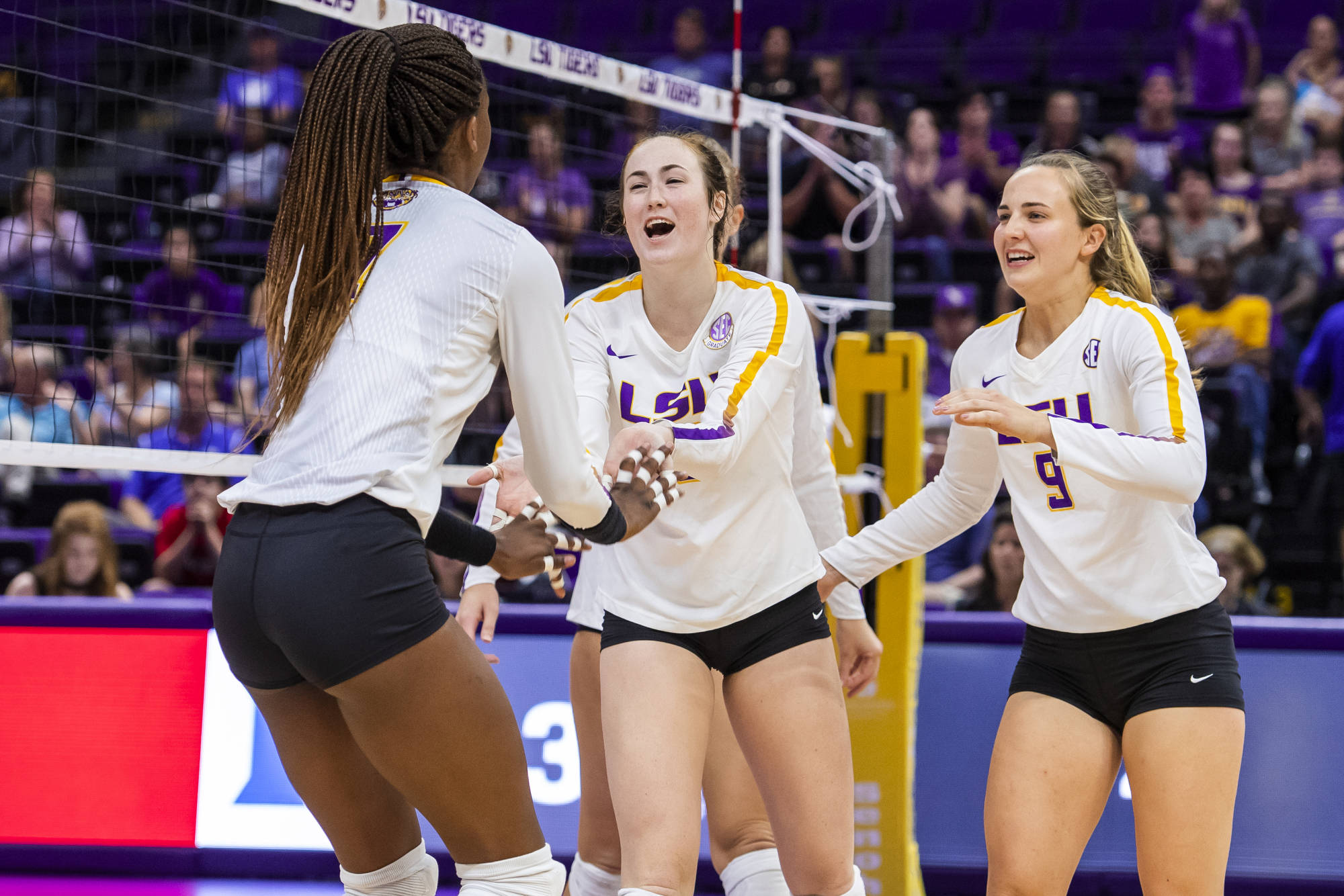 COLUMBIA, S.C. – After falling in a tough five-set match to Georgia on Friday, the LSU volleyball team will look to get back on the winning track Sunday as the Tigers continue SEC action at South Carolina.

First serve is set for 12:30 p.m. CT and will stream live on SEC Network+. The match will also be available via live stats at LSUStats.com.

>> Raigen Cianciulli picked up match-high 23 digs against Georgia Friday, her 11th match  leading the Tigers and 10th match in double-digit kills. It was the her second match with 20 or more digs.

>> The Tigers out-blocked the Bulldogs 14.0-10.0, Whitney Foreman and Olivia Beyer led the charge with six each.  The Tigers rank fourth in the SEC, averaging 2.4 blocks per set.

>> Bannister finished the SMU weekend with 50 kills in two matches, including a 36-kill performance against the Mustangs, the second-most kills in a five-set match in program history. Her performance earned her third-straight tournament honors, picking up the MVP honor.

>> After the weekend, Bannister was named SEC Player of the Week, her first honor of the season and fourth career weekly honor.

>> Cianciulli continued to anchor the back row, tallying 51 digs at SMU Classic She finished the win over Abilene Christian with a career-high 35 digs, the second-most digs in a four-set match in program history. She also put together her first career double-double of a career-high of 10 assists and 16 digs.

>> LSU returns 10 letterwinners from last year’s squad and were picked to finish fourth in the SEC Coaches Poll back in June. LSU finished fourth in the league last year with a conference record of 11-7.