Dibildox and Wallace in Top 20 At Mason Rudolph 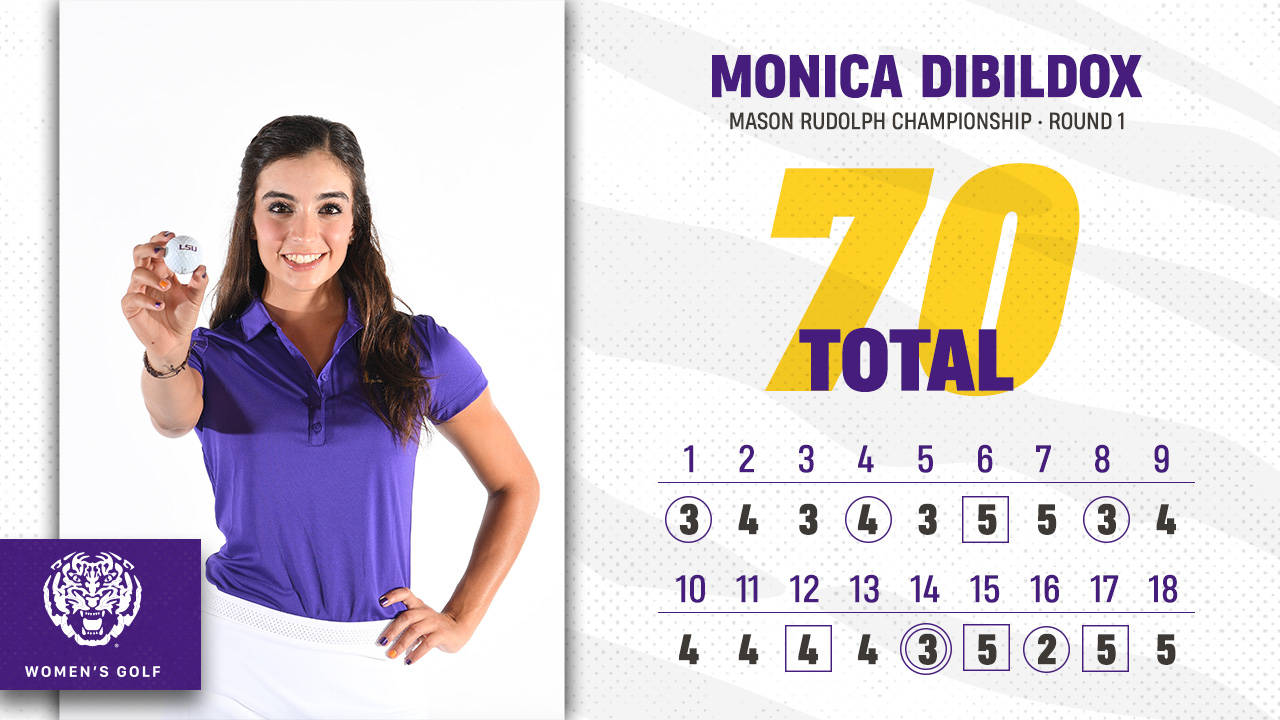 FRANKLIN, Tenn. – Junior Monica Dibildox and freshman Alden Wallace played a solid opening round for the LSU Lady Tigers at the Mason Rudolph Women’s Championship at the Vanderbilt Legends Club on Friday.

Dibildox shot a career-low 70 to lead LSU and is currently tied for 13th place. LSU started on the back nine where she shot an eagle on 14 and was even at the turn. Dibildox buckled down on the front nine with three birdies and only one bogey to finish the round at 2-under.

Wallace was one stroke behind at 71 and tied for 18th place. For the rookie, it was a new season-low in just the second tournament of her collegiate career. She made three birdies on the back nine to sit at 2-under making the turn and finishing the round at 1-under.

Kathleen Gallagher shot a 74 and Kendall Griffin came in with a 79 to round out the team scoring as LSU sits tied for ninth with a 294. Host Vanderbilt is sitting in first place with a 278.

With the potential for inclement weather in the Nashville metroplex on Saturday, teams will attempt to get two rounds played with a shotgun start at 8:30 a.m. CT. LSU will be in a foursome with Michigan State, Missouri and Charlotte and tee off from holes No. 10-13. Live scoring will be available at GolfStat.com.