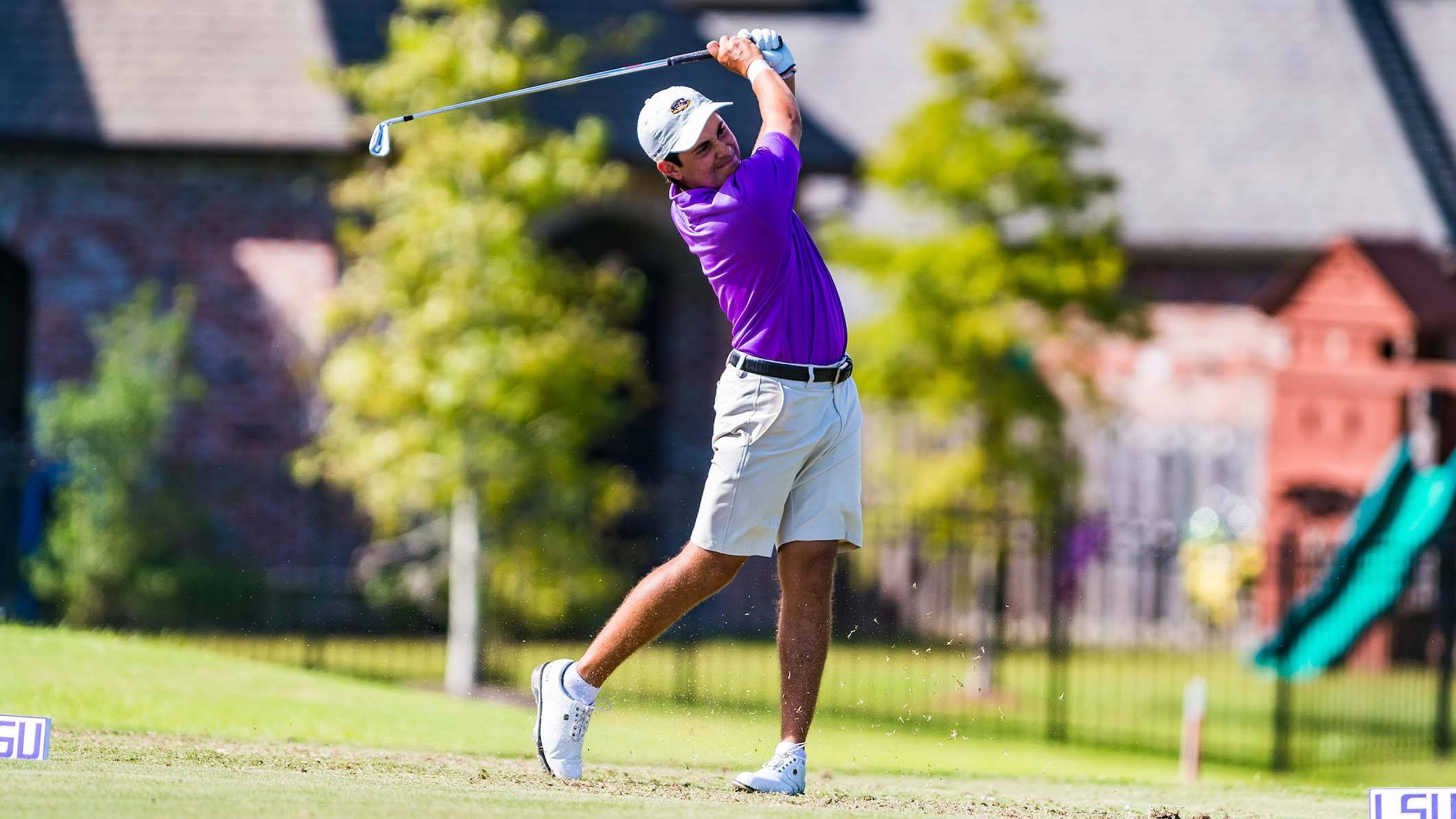 Scottsdale, Ariz. – Luis Gagne had the best round of his collegiate career on Friday as he fired a school record 8-under par 62 at the Mirabel Golf Club. LSU, as a team, registered the second-best round in school history with a 17-under par 263 to end day one with the clubhouse lead.

Gagne’s day began with birdies on three of the first four holes to jump start his electric round. The Tigers started on the back nine and he birdied the 10th, 12th and 13th holes. His final birdie of his first nine came on his eighth hole of the day (No. 17) when he birdied the 561-yard par 5. On his second nine of the day Gagne proceeded to roll in five more birdies to go along with three pars and a bogey to finish off his round in fine fashion.

The native of Costa Rica matched Sam Burns‘ school record of 62. The best round of Burns’ career came in 2016 at the Ka’anapali Collegiate Classic when he played the par 71 course to the tune of 9-under par. Gagne’s nine birdies on the day rank as the most in the tournament. Gagne, who won this tournament in 2016, holds a one-stroke lead over Shawn Lu (-7) of Oregon State. Gagne took advantage of the par 4s on day one recording six of his nine birdies on the par 4s to lead the tournament in par-4 scoring (3.50 avg.).

Nathan Jeansonne registered the second lowest round of his career with an opening round 5-under par 65. Jeansonne’s scorecard was clean as could be with five birdies and 13 pars. After playing the first nine holes at a 1-under clip, he played the back nine to the tune of a 4-under clip with four birdies, including three in his last four holes. Jeansonne is tied for third place.

Philip Barbaree had a day himself with a 3-under par 67 to sit in a tie for 15th place after day one. After bogeying the opening 10th hole, Barbaree responded right away with a birdie on the 11th hole to bring his score back to even. He parred five straight before rolling in his second birdie of the day on the par-5 17th. His final nine holes consisted of two birdies and seven pars.

Michael Sanders carded his first collegiate round in the 60s with a 1-under par 69. Sanders registered four birdies, 11 pars and three bogeys on his way to placing tied for 30th after 18 holes. Trey Winstead (1-over par 71/T40th) and Carter Toms (individual/4-over par 75/T70th) rounded out LSU’s play for the first 18 holes.