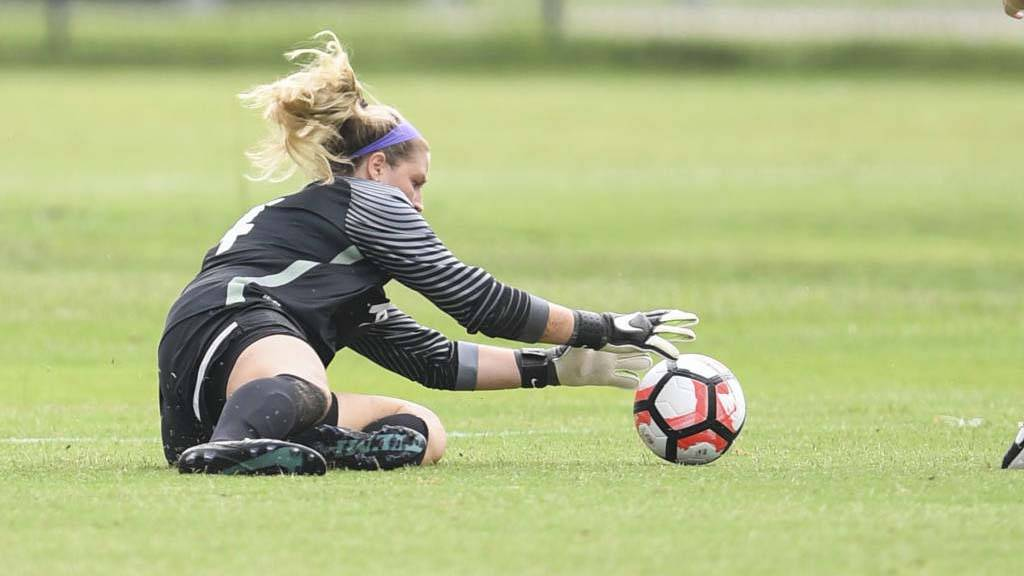 Caroline Brockmeier and LSU’s backline had their work cut out for them on Thursday evening against a potent offensive attack from Auburn. Auburn entered the game averaging 3.56 goals per game, a mark that led the NCAA, but Brockmeier and crew were up to the task. The first half only called upon Brockmeier to make two saves and she made those with ease; the second half was another story.

The most crucial sequence of the evening came with seven minutes left to play. Auburn’s Abby Meadows maneuvered her way down the left side of the pitch and sent a ground cross in to Treva Aycock. Aycock possessed the ball inside the six, but by the time she turned around to face the goal Brockmeier was there to meet her and save the first attempt. Aycock’s shot rebounded directly to Rocio Sanders who consequently had her follow up shot denied by Brockmeier once again. Sanders’ shot was taken from straight on (eight yards out) and Lucy Parker did a great job of taking away her far post angle and Brockmeier made a dazzling kick save.

In the 73rd minute an Auburn free kick resulted in another opportunity for the opposing team. After LSU failed to clear the ball, Hailey Whitaker’s shot from about nine yards out from the right side of the six was bodied up and deflected away by Brockmeier. In the 67th minute, Bri Folds worked her way past three separate LSU defenders and found herself with room for a left-footed shot from 14 yards out. Brockmeier didn’t flinch and squared up the straight-on shot.

It was the 21st shutout of Brockmeier’s career and seventh of 2018. Brockmeier has now recorded seven shutouts in each of the last three seasons, and the Tigers still have at least eight more matches left in 2018. With her season-high 11 saves Brockmeier moved into fourth place for most saves in LSU history. Brockmeier now has 212 career saves and she passed Valerie Vogler (210 saves) on Thursday night.

LSU had two quality chances in the first half that gave the squad some momentum. In the 10th minute of play LSU took its second free kick of the game. Chiara Ritchie-Williams‘ kick from near midfield was tapped by Chrissy Pitre to Shannon Cooke on the far right side in the box. Cooke’s attempt from the right side of the box was bodied up by Auburn’s Sarah Le Beau.

The other near goal came in the 31st minute when Marlena Cutura took an ambitious right-footed rip from about 26 yards out and it was deflected off an Auburn defender before grazing the right post and resulting in a corner kick.

LSU’s first chance of the second half came when Alex Thomas crossed a ball into the box in the 50th minute. Her ball in found the forehead of Shannon Cooke whose header went wide left. In the 62nd minute, Tinaya Alexander made her moves and sent a cross in from the right side of the pitch. After a failed clearance by Auburn, Molly Thompson dashed for the loose ball and ripped a knuckling left-footed rocket that was pushed out of play by Le Beua.

The Tigers will hit the road for their next contest. They will play on Sunday (Sept. 23) against Florida in Gainesville, Fla., with first kick set for 12 p.m. CT.