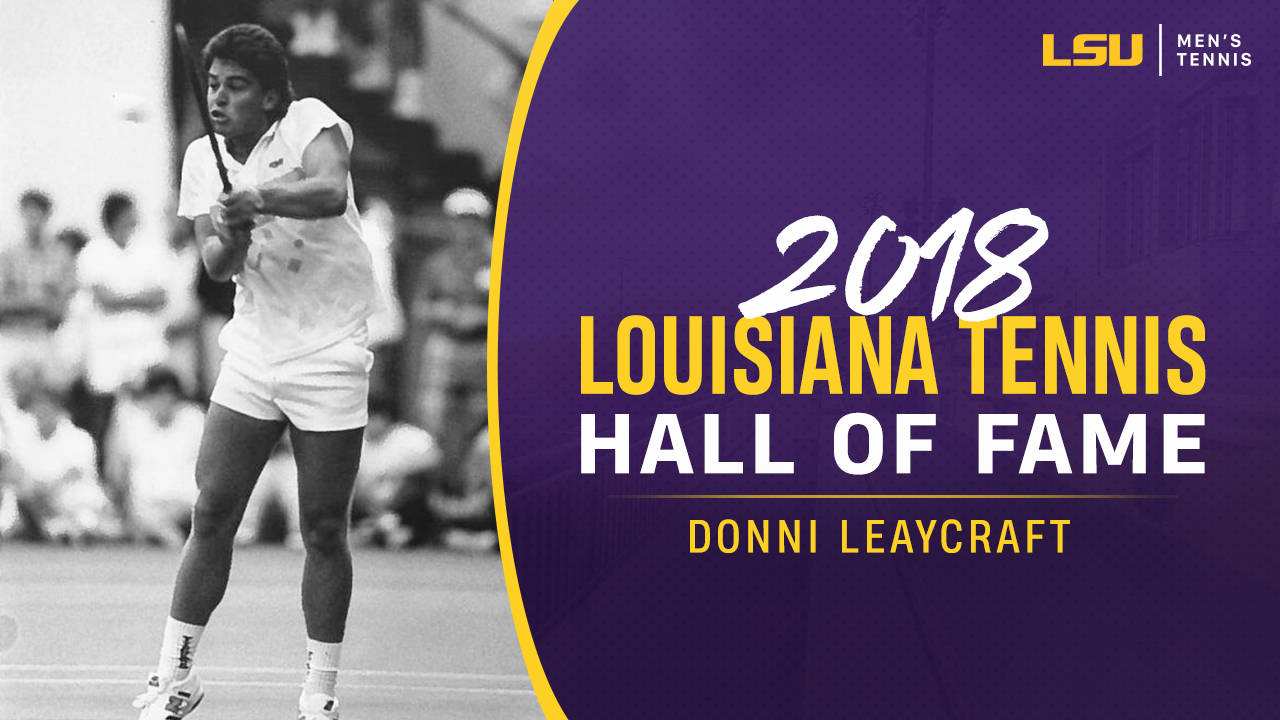 Leaycraft joins John Bryan and Diane Simpson in the 2018 class.

Leaycraft began playing tennis at the age of eight in New Orleans, Louisiana, and received a No. 1 state ranking in every age group 12-18 and under. He was selected to play on the U.S. Junior Davis Cup Team along with along with teammates Michael Chang and Jim Courier. While attending Brother Martin High School in New Orleans he was chosen as a High School All-American while compiling a 62-2 single record. Two of Leaycraft’s biggest junior accomplishments were a top-10 national ranking in the Boys 18’s and a victory over one of the greatest players of all time, Pete Sampras.

During his collegiate tennis career at LSU, he was named to the All-SEC Team four consecutive years. Leaycraft compiled the most career match victories and became LSU’s All-Time Winningest Player in school history which still stands today. He was a two-time college All-American and the only player from LSU ever to win the NCAA Division 1 Singles Championship in 1989.

As a junior in college, one of the major highlights of Leaycraft’s tennis career was competing in the main draw of a major Grand Slam Tennis Tournament, The US Open. After graduating from LSU in 1990, he pursued a professional tennis career on the ATP Tour and eventually accepted a top coaching position at Nick Bollettieri Tennis Academy in Florida.

As a result of his accomplishments, Leaycraft was inducted into the LSU Athletic Hall of Fame in 1998. Leaycraft joined the Country Club of Louisiana in 1993 as Director of Tennis and held that position for the last 20 years. Donni has a USPTA P-1 certification.

The Louisiana Tennis Hall of Fame was established in 1984 with the induction of the New Orleans Lawn Tennis Club, the Hall of Fame will grow to 37 members after this induction ceremony. The Hall of Fame honors those individuals who have made significant contributions to Louisiana Tennis, have accomplishments in tennis as a player, coach, official or volunteer and those that have shown great sportsmanship and character.