The Truth: Tigers Not Looking Back After Historic Start 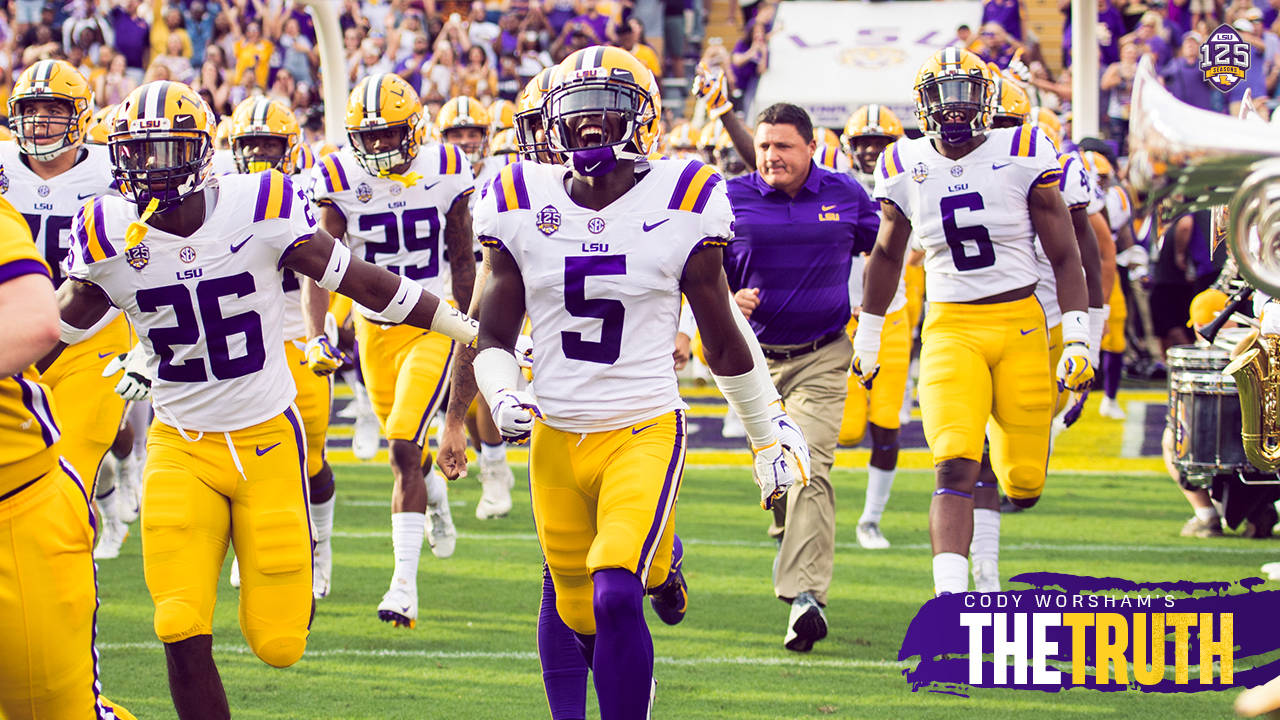 Two top-10 wins in three weeks has everyone in the country buying the hype surrounding LSU.

Instead, the Tigers have already turned their attention to Saturday’s matchup against Louisiana Tech. That means not just preparing for the Bulldogs; it also means fixing the mistakes that are still there to be cleaned up and building on the things that have worked.

Joe’s Throws: Joe Burrow is 3-0 as LSU’s quarterback and was the SEC’s Offensive Player of the week, but he’s not happy with his performances as a whole, particularly his sub-50 percent completion percentage.

Wildcat Cadence: LSU broke out the Wildcat against Auburn to score its first touchdown, but there’s still some fixes to be had there.

More Shots: In an ideal world, the Tigers’ offense would take eight downfield shots a game: two per quarter. According to ProFootballFocus, LSU was 3-of-10 on throws of 20+ yards Saturday: one was the touchdown to Derrick Dillon that brought the Tigers to within 21-19; another, an early throw down the left sideline to Justin Jefferson that could’ve been 6.

Defensive Dominance: This is a bit of a misnomer. Dave Aranda‘s defense has been stellar all year, so maintaining that play against Auburn isn’t necessarily an improvement, as much as it is upholding a standard of excellent.

Final Word: “Our biggest challenge this week is to prepare each week the same for every team,” said Orgeron. “There’s a lot of things we have to improve, then we have to forget about it and move on.”