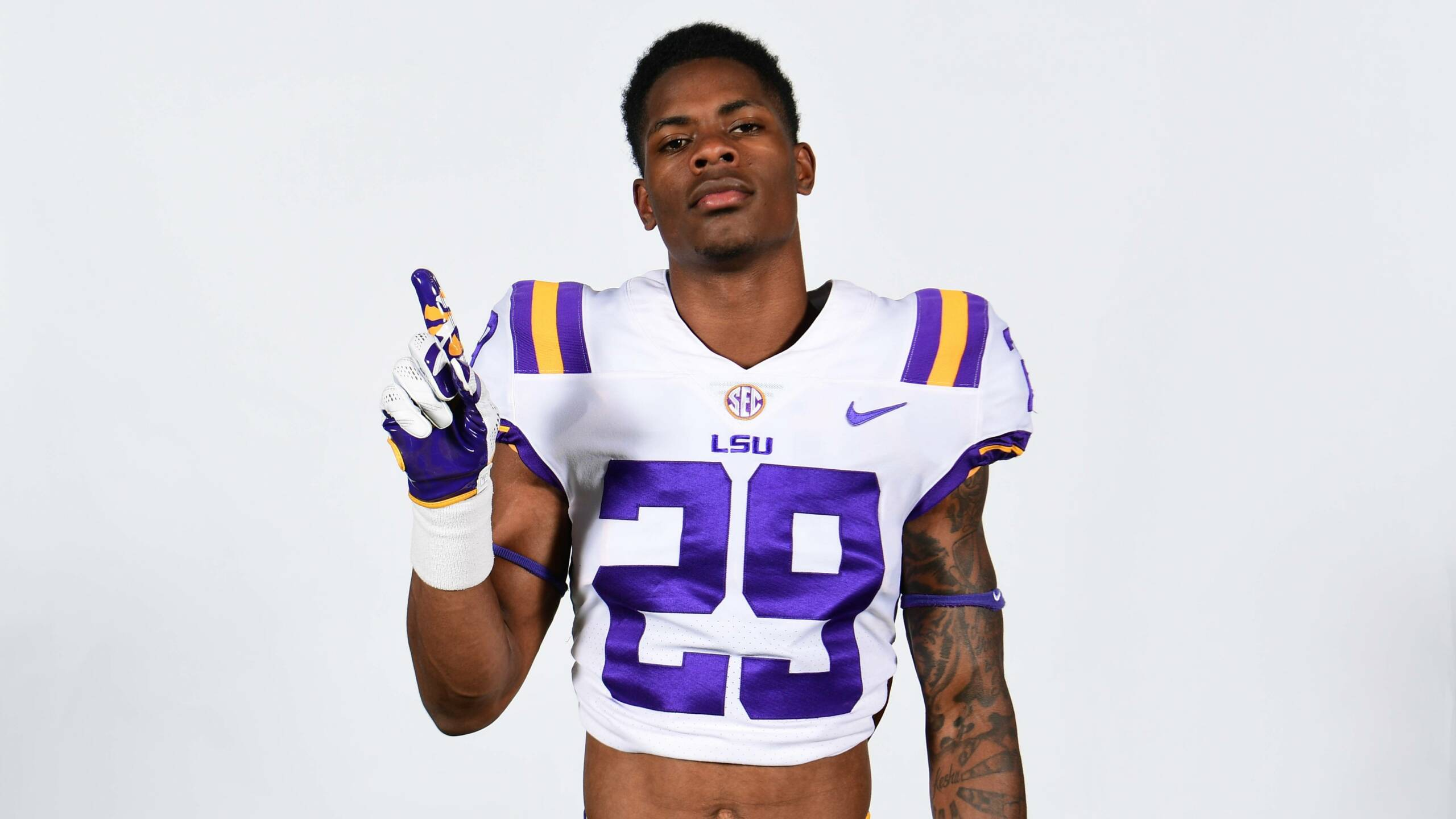 That meant one thing: split them. All of them.

Nearly every passing concept in LSU’s offense has a coverage-dictated throw. In man, go here. In Cover 3, go there.

On perhaps the biggest offensive play of the Tigers’ 22-21 victory over Auburn Saturday, a 71-yard touchdown pass to Derrick Dillon with 8:30 left on the clock that trimmed the LSU deficit to 21-19, Burrow read it just right.

Joe Burrow: “I saw it was two high safeties in Cover 2. Against two high safeties, that’s where you’ve got to go with the ball. I just tried to get it up over the linebacker, and Derrick Dillon made a great play for me.” pic.twitter.com/plH6nsYzWq

Burrow made a great throw, too. It had just enough zip to get to Dillon before the safeties could, but just enough touch to evade the outstretched fingertips of linebacker Deshaun Davis.

Just as impressive was Dillon’s breakaway speed. The sophomore raced away from the Auburn secondary, which looked to have an angle to cut him off. He also kept his feet inbounds inside the 5 and finished the play.

“I knew he was going to house it,” Burrow said. “He’s fast. I was thinking about converting the two-point play.”

After the game, Burrow admitted he wasn’t at his best. But when his best was required, that’s what he delivered.

If the toss to Dillon wasn’t the biggest of the game, then either of his final drive completions – on 3rd and 7 to Dee Anderson and on 4th and 7 to Stephen Sullivan – qualify.

One of the most important, but IMO, definitely the best throw of the game by Burrow: a third down out from left hash to right sideline to Dee Anderson, who runs a great route and shows great hands and feet.

Burrow gets rid of it quickly vs. blitz. pic.twitter.com/wLqUL8LSch

The Sullivan completion was more vital – if it doesn’t hit, LSU gives up the ball and likely loses. The Anderson connection was perhaps the best, though. Burrow fired from the left hash to the right sideline in a tiny window where Anderson, and only Anderson, could make the play.

The most important throw (if not the one to Dillon). 4th down, do or die, Burrow to Stephen Sullivan.

“Joe proved everything people said they didn’t see out of him,” said Greedy Williams. “Tonight made him one of the best quarterbacks in the SEC, from what I’ve seen. He played in a big-time game, made big-time throws. What else do you want out of a quarterback?”

He keeps trying to show them – and tell them – why that’s a bad idea.

The numbers speak for themselves. Opposing passers have an 8.3 passer rating this season when targeting Williams, who leads the nation with eight interceptions over the past two years.

Quarterbacks have an 8.3 passer rating when throwing at Greedy Williams this year.

His technique here is exceptional. Establishes leverage early, gets hip to hip, which allows him to peak into backfield and find the ball. pic.twitter.com/DNYDwdEVnG

His third quarter pick of Jarrett Stidham was textbook Greedy. He maintained initial leverage on the outside and stayed in the hip pocket of Darius Slayton, cutting off his route down the sideline. Once he engaged the receiver, Williams, confident he had taken the top of the route off, shot his eyes back to Stidham, and read the back shoulder throw.

It’s one of the hardest passes in football to defend, but Williams’ work to cut Slayton off allowed him to sneak a peek at the quarterback without losing the receiver.

He looked up, saw ball, and happily took possession of it.

This, too, after Williams gave up a couple of catches.

“Test me one time, he made a catch,” Williams said after the game. “Test me two times: bad throw, interception, LSU ball. So, don’t throw at me, every quarterback we play.”

It couldn’t have come a better time either – Auburn had scored touchdowns on three of its last four drives, and Stidham had connected on 13 of his previous 17 throws for 174 yards and a touchdown.

White Up the Middle

Devin White‘s pass rushing impact doesn’t show up in the surface stats. The junior didn’t register a sack or a hurry against Auburn, but there’s a reason ProFootballFocus graded him out with a team-best 72.0 pass rushing grade.

The other flag White drew. pic.twitter.com/dQ1sDdZhxo

White came up with two big rushes in the fourth quarter that drew holding calls on Auburn center Kaleb Kim and essentially ended Auburn’s last two drives and led to LSU points after the punt.

The first came on a second and 9, as White attacked Kim’s left shoulder. Credit to Rashard Lawrence at right end, who beats his man and draws the attention of Auburn’s running back. That leaves White one-on-one with Kim, a matchup he wins.

The second was on first down. Dave Aranda got White in another one-on-one. Same play, same result.

0: LSU turnovers in 2018. Every other team in the country has at least one.

5: Austin Deculus ranks fifth in the SEC in pass blocking efficiency this season. The sophomore tackle has allowed just one pressure in 64 snaps in 2018.

4: Third down conversions through the air against Auburn.

2: Third down conversions through the air against Miami and Southeastern combined.

11.4%: Andre Anthony‘s pass rush productivity (a formula that combines sacks, hits and hurries relative to how many times they rush the passer) vs. Auburn, third in the SEC this week.