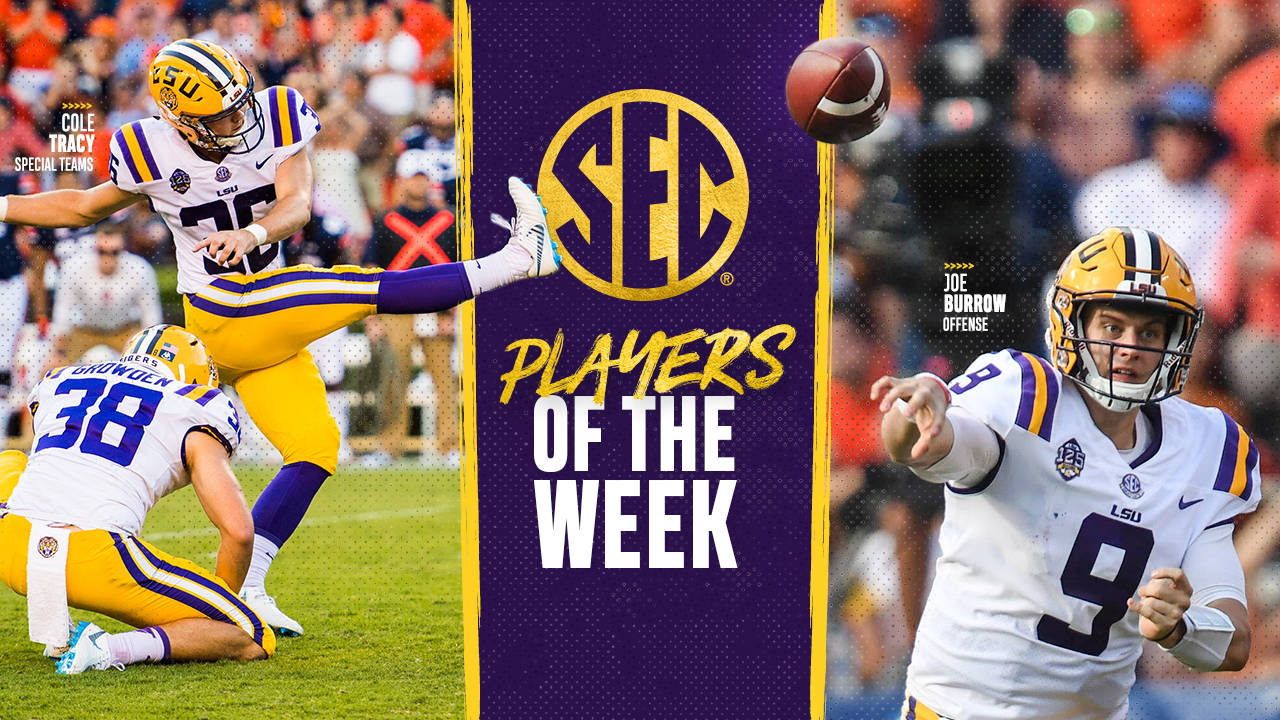 BATON ROUGE – LSU quarterback Joe Burrow and placekicker Cole Tracy have been named Southeastern Conference Players of the Week for their performance in the Tigers’ 22-21 win over seventh-ranked Auburn on Saturday.

Against Auburn on Saturday, in just his third career start, Burrow engineered an 11-point second half comeback as the Tigers overcame a 21-10 third quarter deficit to win at Jordan-Hare for just the second time since 2008.

For the game, Burrow completed 15-of-34 passes for a career-best 249 yards and a TD. He also rushed for 22 yards as he improved his record to 3-0 as LSU’s starting quarterback.

Tracy, a graduate transfer from Assumption College, drilled the game-winning 42-yard field goal as time expired to secure the win for the Tigers. It was Tracy’s third field goal of the day as he also converted kicks of 33 and 27 yards.

Tracy, who ranks first among all active collegiate kickers with 76 career field goals, is thought to be the first LSU kicker to have a “walk-off” field goal to win a game in regulation for the Tigers since Oct. 25, 1941 vs. Florida.