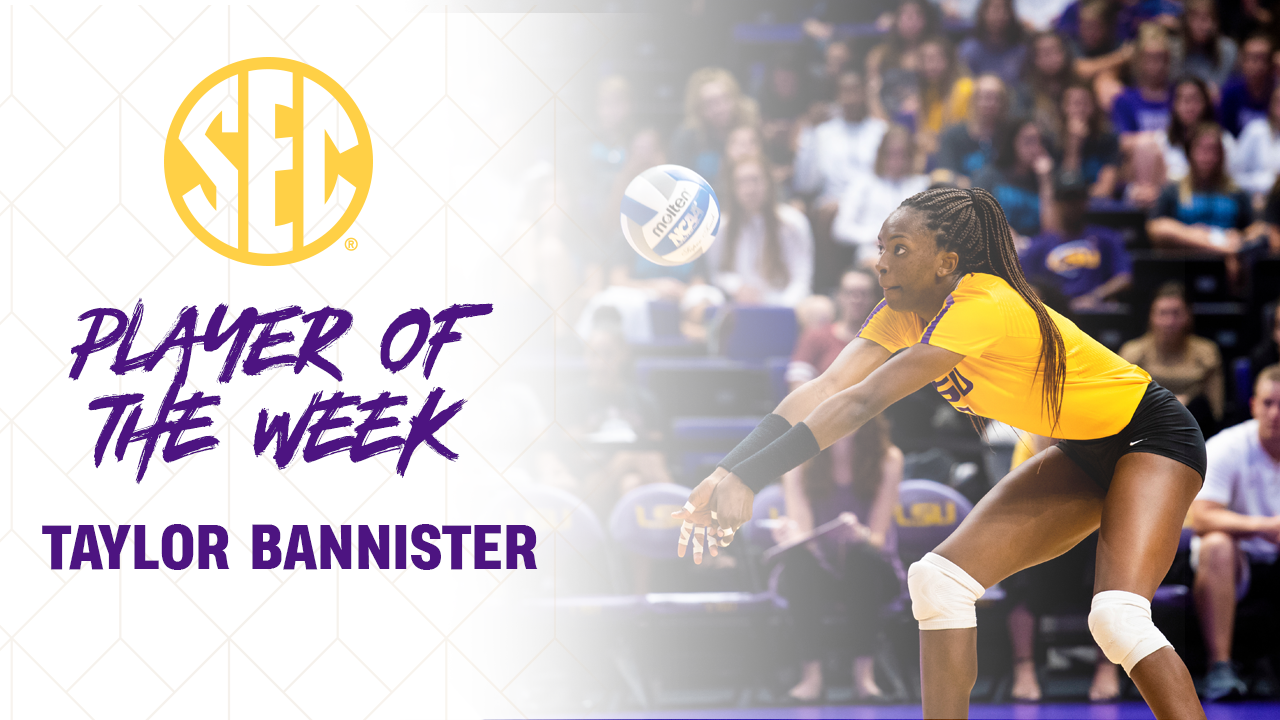 BIRMINGHAM, Ala. – After leading the LSU volleyball team to a 2-0 weekend, sophomore outside hitter Taylor Bannister has been named SEC Offensive Player of the Week, the league announced Monday.

The offensive honor is the first for Bannister this season and her fourth career weekly honor. She earned SEC Freshman of the Week three times in 2017. The honor is also the second SEC Offensive Player of the Week honor in program history as Gina Tillis earned the accolade in 2015.

Bannister led the Tigers in both matches on the weekend, recording match-high kills against Abilene Christian (14) and SMU (36). Her 36 kills against the Mustangs was a career-high and the second-most kills in a five set match in program history. The record is 37, set by former Tiger Gina Tillis in 2015.

WHAT. A. MATCH. @taylor_deniseb finished with 36 kills, the second-most kills in a five-set match in program history. Also, a new career-high for the sophomore! 💪#LSUPride pic.twitter.com/OnUKJUVrcV

The Missouri City, Texas native totaled 50 kills in the two matches, averaging 5.56 kills per set and 6.33 points per set. She was named the MVP of the SMU DoubleTree Classic. She tied a career-high in aces (4) and digs (9) against Abilene Christian.

Bannister hit .243 on the weekend and had three-straight kills to tie the fourth set up at 19-19 against SMU. The Tiger also had the second set winning kill in that match.

On the season, Bannister leads the Tigers and the SEC with 4.60 kills per set and 5.10 points per set.

The Tigers are 5-6 on the year and begin SEC action this weekend. The Tigers travel to Georgia on Friday and South Carolina on Sunday.