No. 12 Football Set for SEC Opener at No. 7 Auburn 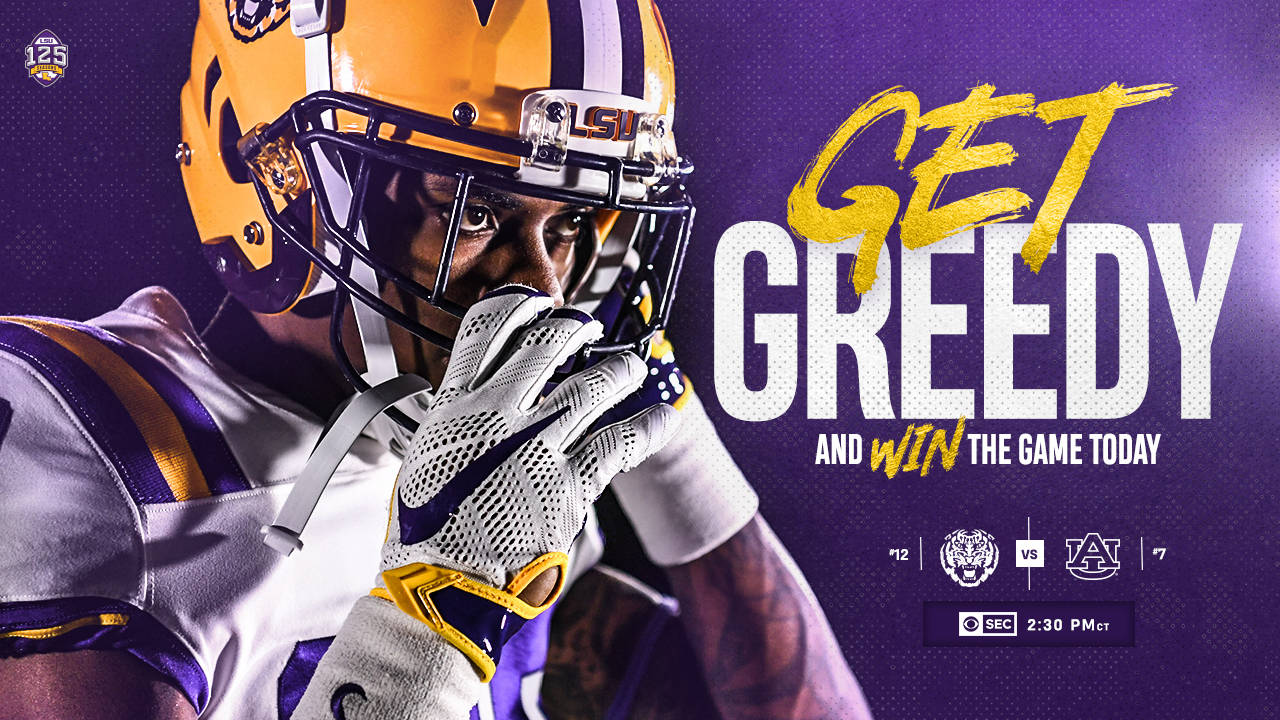 AUBURN, Ala. – After wins in its first two games of the season, No. 12 LSU gets its 2018 SEC campaign underway Saturday afternoon on the road, taking on No. 7 Auburn in Jordan-Hare Stadium.

Kickoff is scheduled for 2:30 p.m. on CBS and CBSSports.com. The game is also available on the LSU Sports Radio Network, which can also be streamed online at LSUSports.net/live.

LSU (2-0) has used a strong running game, high-pressure defense, and exceptional special teams play to claim wins over Miami and Southeastern Louisiana through the first two weeks of the season.

Senior running back Nick Brossette is averaging 131.0 rushing yards per game to lead Steve Ensminger‘s offense. Brossette leads the SEC in runs of 10+ yards (9) and runs for first downs (10), picking up 140 of his 262 yards after contact.

Joe Burrow threw for his first two passing touchdowns as a Tiger last week – including a 40-yard Hail Mary as the first half clock expired to Stephen Sullivan – and picked up another on the ground. The LSU offense has yet to turn the ball over through two games after leading the NCAA with just eight turnovers last season.

Meanwhile, Dave Aranda‘s defense has netted five turnovers in two games and ranks second in the nation in sacks (9), led by sophomore safety Grant Delpit, who has picked up a sack in each of LSU’s first two games. The Tigers also rank second in the SEC in rushing defense (74.0 yards per game) and first in defensive yards per carry (1.9).

Junior linebacker Devin White‘s 9.5 tackles per game are third in the league, and sophomore cornerback Greedy Williams, who picked up his first interception of the season last week, ranks first in the nation in opposing passer rating when targeted (0.0).

Special teams will surely play a major role Saturday. Each of the last two contests between the two teams have been decided largely in the third phase, including last year’s LSU victory. That game featured a D.J. Chark punt return for a touchdown and two late field goals from Connor Culp to give Orgeron’s Tigers the win.

It’s a unit that’s much improved for LSU in 2018 under coordinator Greg McMahon. Senior field goal kicker Cole Tracy is a perfect 5-for-5 through two games, including two of 50+ yards. He leads all active collegiate kickers with 73 field goals. Freshman place kicker Avery Atkins, an Auburn native, has 11 touchbacks in 13 kickoffs, and punter Zach Von Rosenberg is averaging 46.7 net yards per punt.

Auburn, who knocked off No. 10 Washington in their season opener, is coming off a 63-9 win over Alabama State. Gus Malzahn’s Tigers, the defending SEC West champions, average 288 rushing yards per game on offense. On defense, they’re tied with LSU for second in the nation with nine sacks per game.