LSU No. 1 in Baseball Recruiting Ranking 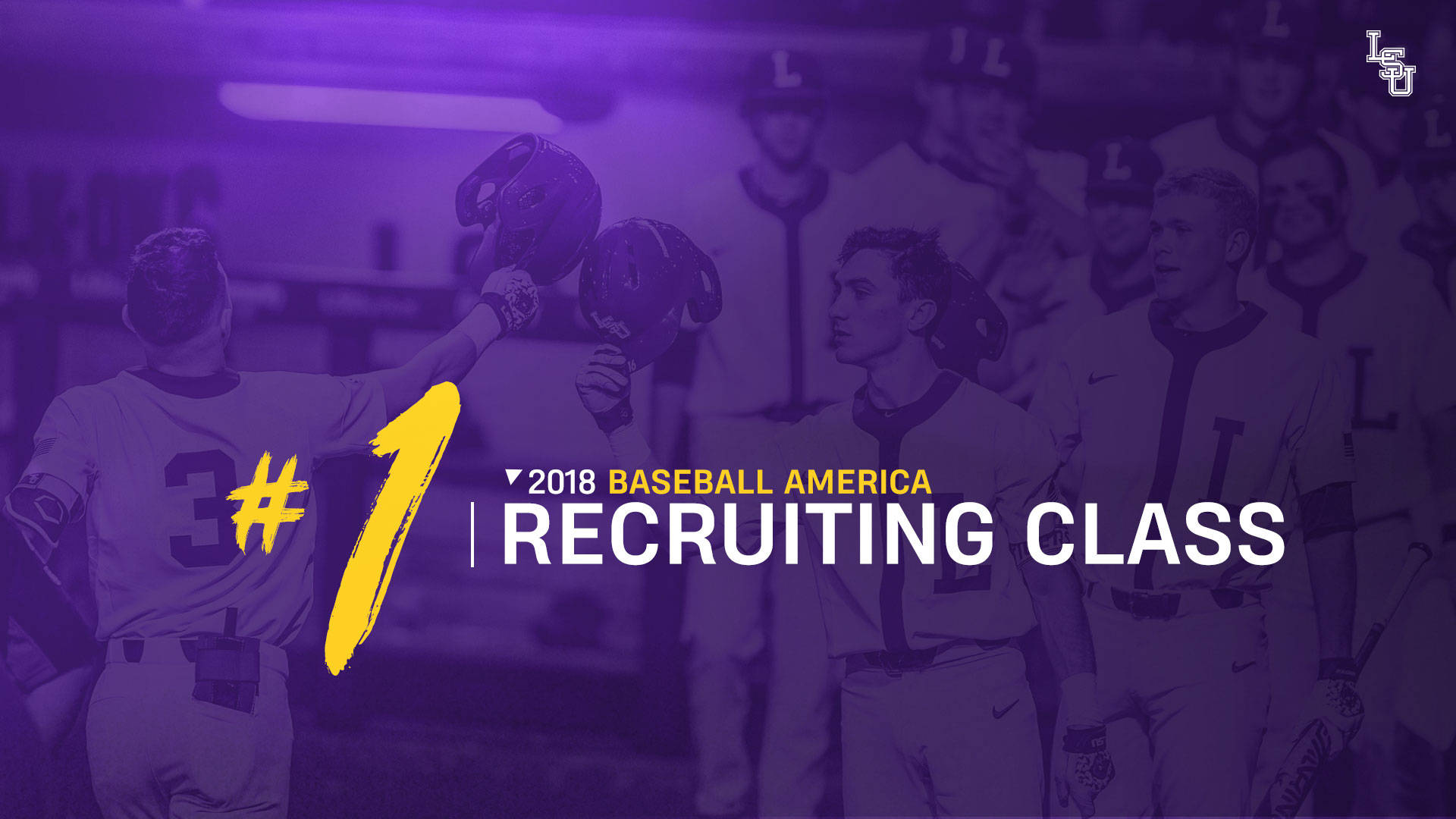 BATON ROUGE, La. – LSU is No. 1 in the 2018 Baseball America magazine recruiting ranking released on Wednesday, marking the Tigers’ fourth No. 1 designation since 2007.

LSU led all schools with eight recruits listed on the 2018 Baseball America Top 500, which is made up of all draft-eligible players.

“Our recruiting coordinator, Nolan Cain, and our associate head coach, Alan Dunn, did a tremendous job in securing the No. 1 class in the nation,” said 13th-year LSU coach Paul Mainieri. “Several members of the class could have signed pro contracts, but they wanted to come to LSU. They didn’t want to give up on the college experience and the opportunity to be a part of the LSU baseball program. I know that these decisions will work out best for them, because I know what’s in store for them as LSU student-athletes.

The new Tigers have engaged in conditioning drills and individual workouts with the returning LSU players since late August, and the team will hold its first full-squad workout of the fall practice session on Sunday, September 23.

A new NCAA rule allows the Tigers to play two exhibition games this fall against another school. LSU will play a two-game exhibition series against the University of New Orleans – Game 1 will be on Sunday, October 14, at 3 p.m. CT in Alex Box Stadium, Skip Bertman Field, and Game 2 will be on Saturday, October 27, at 1 p.m. CT at UNO’s Maestri Field.

Fall practice concludes with the intra-squad Purple-Gold World Series November 1-4, and the 2019 season opens on February 15 when the Tigers play host to Louisiana-Monroe in Alex Box Stadium, Skip Bertman Field.