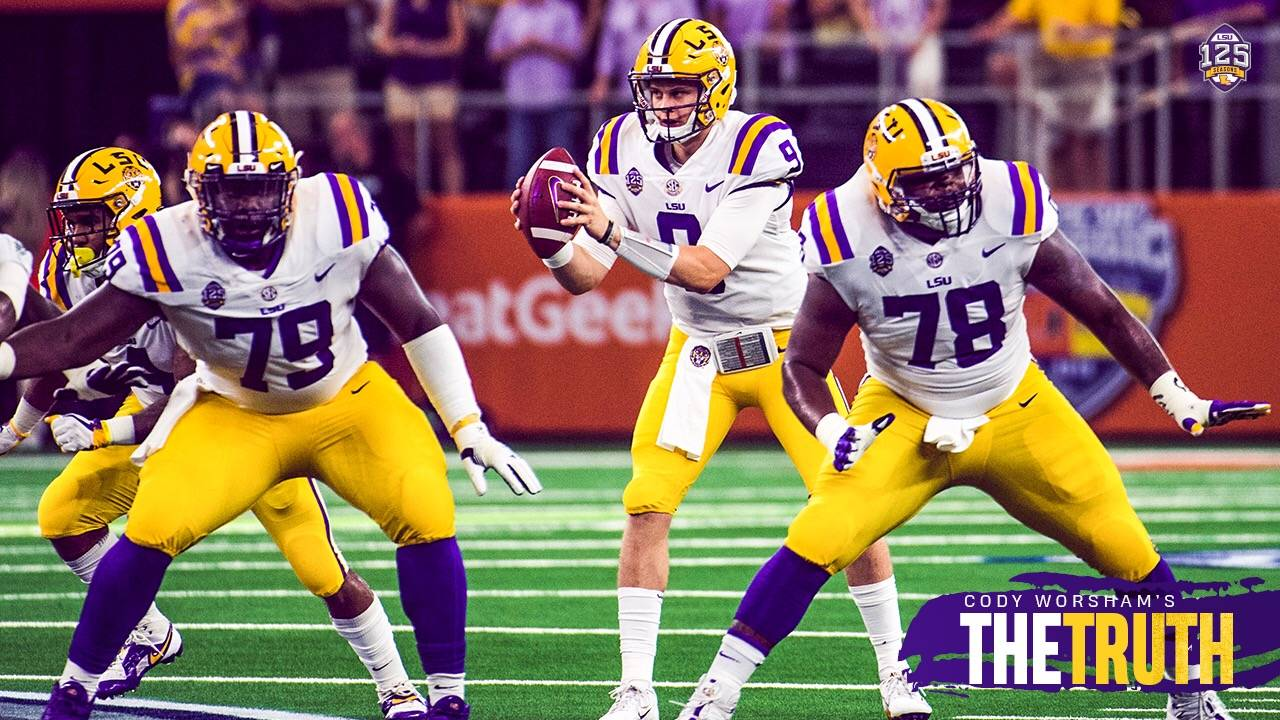 Protecting Joe Burrow – from opposition D-linemen, slow-developing plays, and his own DNA – is the primary focus of LSU’s offense heading into Saturday’s top-15 showdown with Auburn.

LSU will also mix in more empty backfield sets designed to get the ball out of the quarterback’s hand as quickly as possible, Orgeron said, while helping the tackles with chip blocks from running backs and tight ends.

“When protection isn’t great, I’ve got to get the ball out of my hand faster,” Burrow said. “When I hold the ball a little longer, they need to be a little more firm up front. We’ve got to work together.”

Burrow admittedly also needs to learn to protect himself, too.

The junior quarterback took several unnecessary hits on scrambles Saturday, declaring after the game: “I’m not a slider. It’s not in my DNA.”

That said, Burrow’s legs remain a weapon LSU can – and will – use to its advantage. Negating sacks, he carried six times for 30 yards (5.0 YPC) against Southeastern, including his first career rushing touchdown.

“I don’t know if I’ll do the Tom Brady baseball slide, but I’ll try to take some hits off myself, maybe not lower my head into four or five people every possession.
I didn’t really get any yards on those. I could’ve gotten down much earlier.” – #FootballGuy Joe Burrow pic.twitter.com/p0Cce5htOY