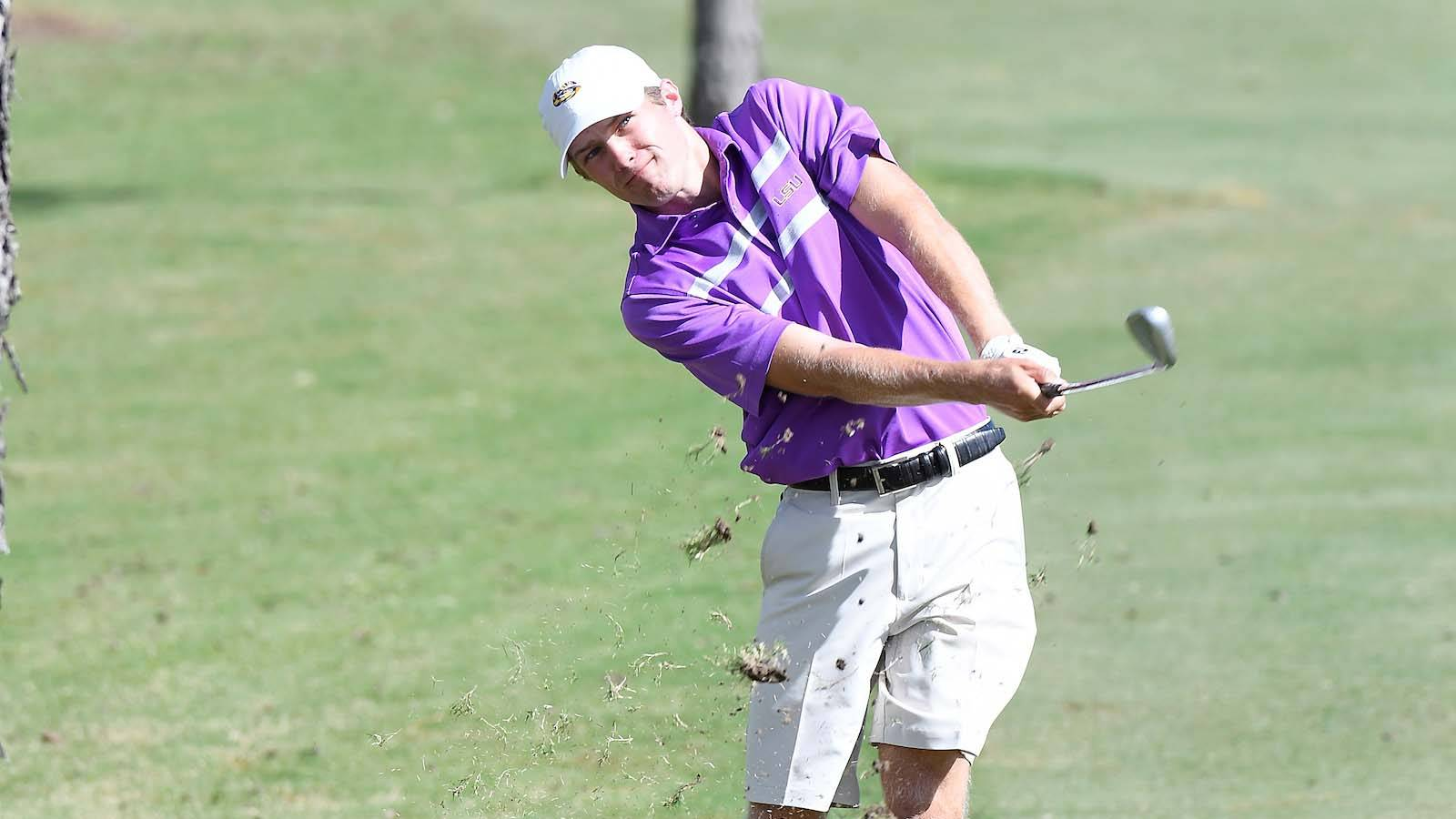 Tennessee and Georgia Tech were the clubhouse leaders after 54 holes of play and the Vols wound up winning the playoff to take the team title. The Tigers lowered their team score each day of the tournament; the round three score of 3-under par 285 was the third best of the day. Full results can be found at golfstat.com.

LSU, who started on the back nine for the second straight day, was led by senior Nathan Jeansonne on the final day of play. The native of Keithville, La., went out in 34 strokes with a front nine that included eight pars and an eagle on the par-5, 516-yard 15th hole. Jeansonne closed out his round with two birdies, six pars and a bogey to end up shooting a season best of 3-under par 69. His final round 69 moved him up 23 spots in the standings to earn him a tie for 24th.

LSU’s next highest finisher for the Tigers was sophomore Trey Winstead. The Baton Rouge native shot a final round tally of 2-over par 74 that featured five birdies. His three-round score of 3-over par 219 (72-73-74) earned him a tie for 27th place. For the second straight day, Philip Barbaree got off to a hot start as he birdied three of his first four holes in route to an opening nine scorecard of 3-under par 33. Barbaree ended up shooting 1-over par 73 on his way to a tie for 34th place at 4-over par.

Michael Sanders registered the first under-par round of his collegiate career with a 1-under 71 that featured three birdies, 14 pars and one bogey. His final round 71 propelled him up 13 spots on the individual leaderboard to register a tie for 41st place. Garrett Barber closed out the tournament with an even-par 72 that included five birdies, eight pars and five bogeys. He finished the three-day tournament tied for 53rd place.

The Tigers will be back in action next at the Maui Jim Intercollegiate Sept. 21-23 in Scottsdale, Ariz.