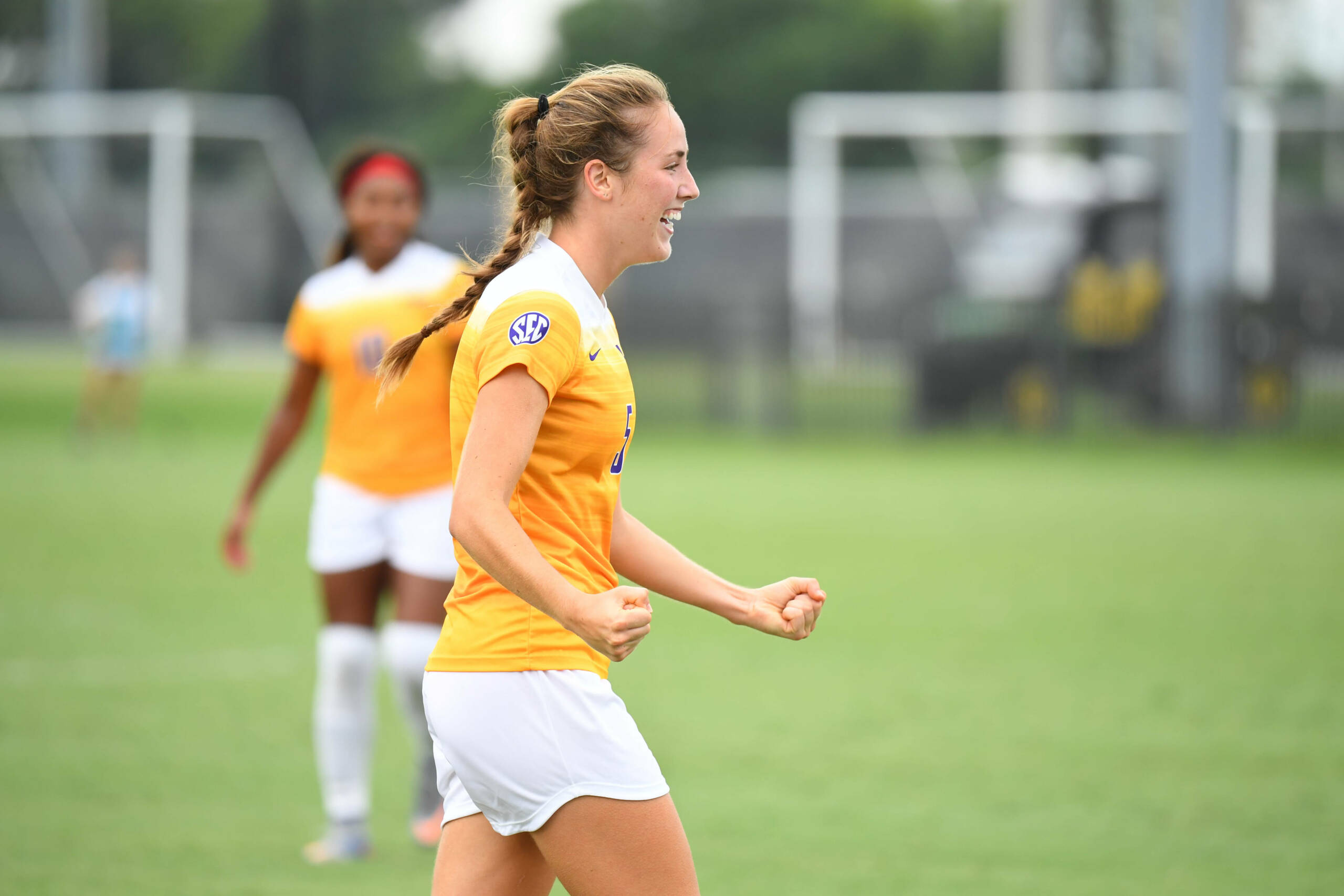 Baton Rouge, La. – LSU downed Samford (2-5-0) on Sunday at the LSU Soccer Stadium by a final score of 2-0 to win its sixth-straight match. Lucy Parker (39th minute) and Abbey Newton (82nd minute) were the goal scorers for the Tigers, and Caroline Brockmeier picked up the 20th shutout of her career to move LSU to 6-1-0 on the season.

Three wins in a week. Hear what @LSUBrianLee had to say about the performance of his team this afternoon. pic.twitter.com/1sP4DMecJo

Lucy Parker scored the first goal of her sophomore season in the 39th minute of Sunday’s contest. It all started with an aggressive challenge by Parker in LSU’s territory. With Samford possessing the ball and trying to enter a pass in to its frontline, Parker charged forward from her center-mid position and used a slide tackle to gain possession. She then got up and possessed the ball past midfield before passing it off to Tinaya Alexander. Alexander quickly moved it to the left side of the pitch where freshman Reese Moffatt was streaking down the sideline. Moffatt connected with Alexander’s pass and made a Samford defender miss before sending in a beauty of a cross. The cross carried just enough to clear the final Samford defender and came to rest on Parker’s foot. In a one on one situation with the Samford keeper from eight yards out, Parker floated a left-footed touch over the Samford keeper for the goal. The assist for Moffatt was the first of her collegiate career.

For the second straight match the twosome of Marlena Cutura and Abbey Newton connected on a corner kick that resulted in a goal for the Tigers. In the 82nd minute, Shannon Cooke sent Newton in down the left side and Newton’s attempted cross was deflected out of bounds by a Samford defender to give LSU its first corner kick of the game. Cutura took the corner from the left side of the pitch and her curling cross met Newton’s forehead just two yards off the goal line. The Samford defender had it lined up to clear, but Newton cut right in front of her to slam it home.

To celebrate our 2-0 win over Samford we’re going to give ya ✌️ different views of each of our goals.

Caroline Brockmeier and LSU’s backline has now held LSU’s last six opponent scoreless which amounts to a 540-minute shutout streak; the 540-minute stretch without allowing a goal is currently the second longest in the NCAA. Brockmeier made three saves in Sunday’s win that resulted in the 20th shutout of her career. It was also the 21st victory of her career which has her in a tie for fourth on the all-time list at LSU with Valerie Vogler (2004-07).

The Tigers will travel to College Station, Texas, to open up their SEC slate with a road match against Texas A&M on Friday night at 7:30 p.m. CT.