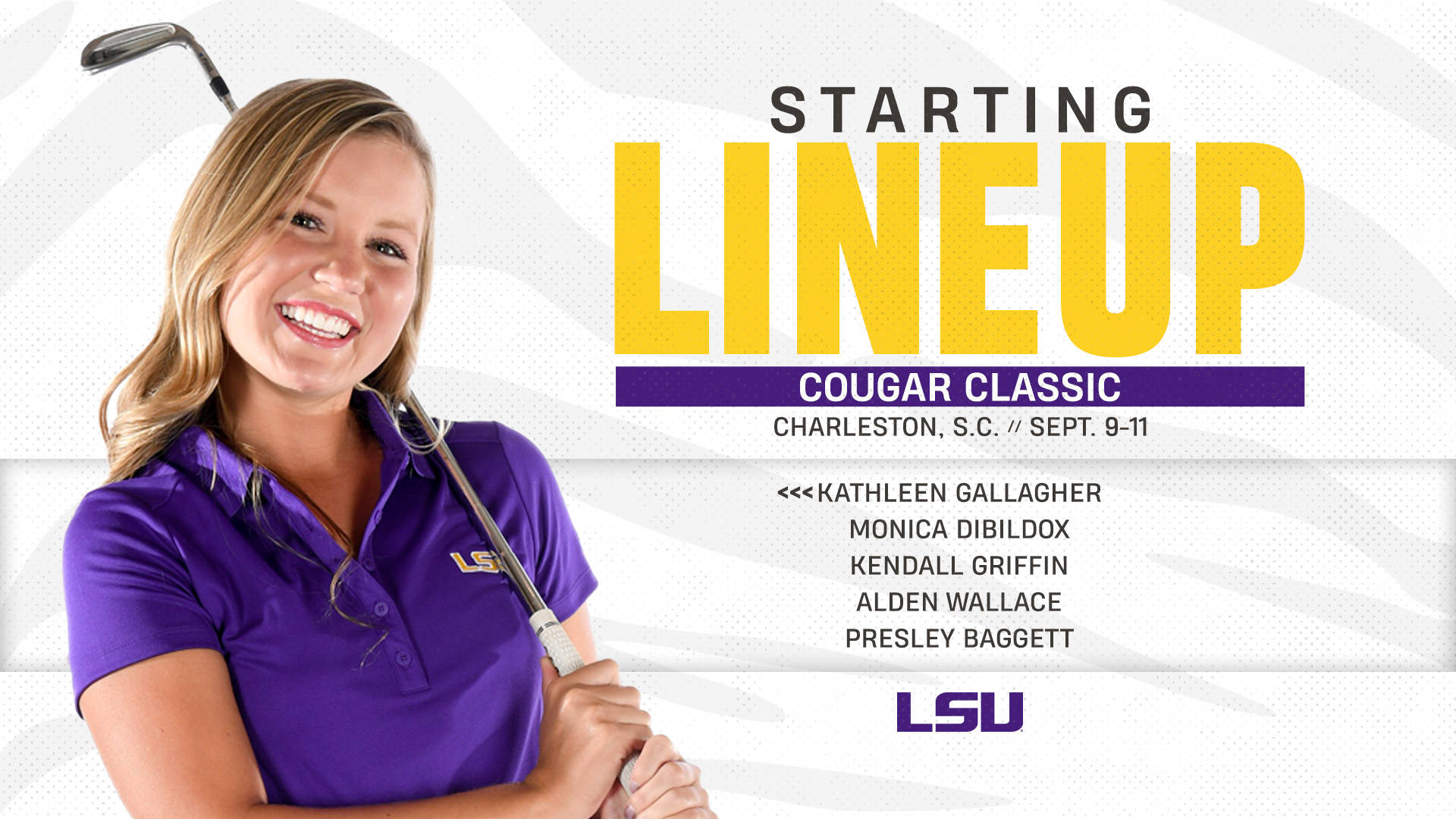 BATON ROUGE, La. – The Garrett Runion era of the LSU women’s golf program begins on Sunday, September 9 in Hanahan, South Carolina, as the new head coach leads his team into the 15th annual Cougar Classic. The 3-day tournament hosted by the College of Charleston will be played at the recently-renovated Yeamans Hall Club.

“This is a new challenge for me with our ladies,” said Runion. “I knew a lot of them already from being on the men’s staff, but now I’m really getting to know them, what motivates them, what interests they have outside the course and really taking an in-depth dive into their game, what their strengths and weaknesses are. It’s been fun to attack those issues and build them up to get ready for this first event.”

LSU will take the quintet of Kathleen Gallagher, Monica Dibildox, Kendall Griffin, Alden Wallace and Presley Baggett to the season opener. Gallagher, a senior, is the top returning player from last season. She competed in all 26 rounds for the Tigers, averaged 75.54 strokes per round and picked up a top-5 finish at the Magnolia Invitational.

“Kathleen has obviously been around our program for a while as a senior and I’ve gotten to know her and her family (Mom Cissye played for LSU) during her time here,” said Runion. “I’ve told her that I’m counting on her to be our senior leader. I’m probably going to be harder on her and push her more than some others because I know she has some lofty goals she wants to achieve and go out with a bang her senior year.”

Dibildox, the lone junior on the squad, is the second-leading returner at 77.80 strokes in the 15 rounds she played last season. She played in the Fall in place of the injured Sydney Cavin and earned her way into the lineup for the SEC Championships. Dibildox played consistently for LSU during the Championship and posted the second-lowest round for a Tiger on the final day of stroke play.

“Monica is one of our harder workers,” Runion observed. “The other night she was out getting extra swings in and is out at the practice facility all the time. She is constantly asking me to look at her putts, her stats, her full swing, ‘where can I improve and what can I work on’. She has definitely matured in her work ethic and is very meticulous. She’s been playing really well these last few weeks and I expect her to have a decent tournament.”

Griffin played 23 rounds as a rookie for the Tigers last season and posted an average of 78.09. She rounds out the opening starting five with rookies Wallace and Baggett. Wallace, out of Loyola Prep in Shreveport, won the 2017 Division II Louisiana High School state championship, while Baggett, from Germantown High School in Canton, Mississippi, was a three-time state champion at 5A in Mississippi and named the NHSCA Girls’ Golf Athlete of the Year.

“I haven’t met anybody that doesn’t like Kendall,” said Runion. “She is another one on the squad who is a perfectionist, always trying to achieve more and get better. She’s not our longest hitter, but is really solid around the greens and a lot of her teammates look to her because of how well she chips and putts. She’s a fierce competitor and walking around with more confidence after her play this summer, advancing to the quarterfinals of the Florida Women’s Amateur Championship.

Wallace and Baggett are joined in the freshman class by Rivani Sihotang. Sihotang, from Indonesia, arrived on campus last week after participating in the Asian games in late August and is expected to be competitive along with her classmates for spots in the top five.

Rounding out the squad are Mary Frances Chauvin, Page Morehead and Marina Hedlund. Chauvin played every round for LSU last season as a rookie and is expected to jump back into the lineup this season.