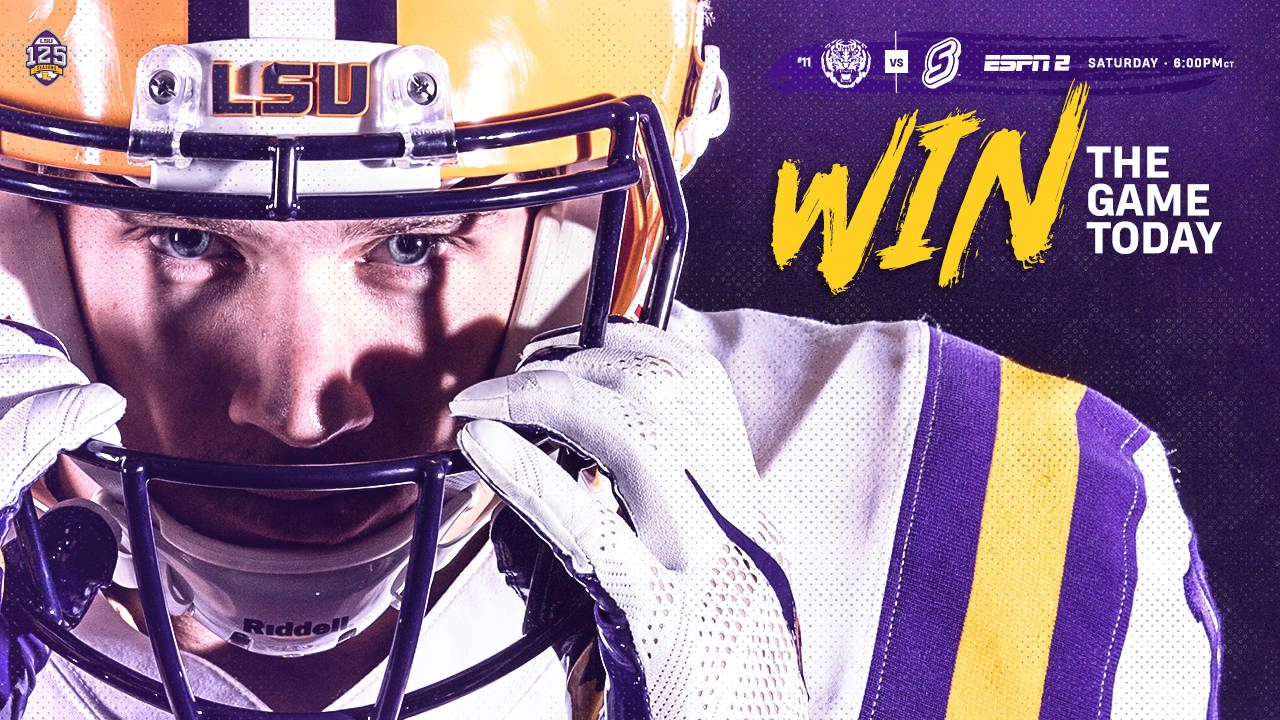 On the heels of a win over No. 8 Miami in Arlington, No. 11 LSU returns to Baton Rouge for its first home game of the 2018 season against Southeastern Louisiana.

Kickoff is set for 6 p.m. on ESPN2 and online at WatchESPN.com. Fans can also catch the radio broadcast on the LSU Sports Radio Network or listen live online at www.LSUSports.net/live.

LSU will look to continue its 12-game winning streak in home openers against the Lions, and Saturday will mark just the second time the in-state school separated by just 47.1 miles will meet. The Tigers won the first, a 48-7 victory on Nov. 19, 1949.

On Saturday, LSU will have 30 players making their Tiger Stadium debuts.

The Tiger defense, which held Miami under 100 yards rushing – the 11th such time in 26 games under defensive coordinator Dave Aranda – will look to build on a solid start to the season. LSU forced two turnovers against the Hurricanes without surrendering any turnovers of their own. One of those turnovers forced included a pick-six by linebacker Jacob Phillips, who earned SEC Defensive Player of the Week honors for his efforts against the Hurricanes.

The Tigers tied an NCAA record in 2017 with just eight turnovers all season, and they’ve turned the ball over just once in their last five games.

“I’m very proud of winning the turnover margin, zero turnovers on offense was a phenomenal feat on a defense that thrives on causing turnovers and +2 turnovers for our defense,” Orgeron said.

Aranda’s unit will be without edge rusher K’Lavon Chaisson, lost for the season with a knee injury suffered in the season opener. In his place, LSU will look to a number of players, including Ray Thornton, Michael Divinity, and Andre Anthony, to provide pressure off the edge. LSU registered four sacks, six tackles for loss, and five quarterback hurries against Miami.

“That is a spot that we have some depth at,” Orgeron said, “and we are going to see this week who is the best guy to put at that position.”

On offense, LSU will look to build on the 33 points it scored against Miami in Steve Ensminger‘s first game back as offensive coordinator since he served in that role on an interim basis for eight games in 2016. That stretch saw the Tigers averaged 32 points and 465 yards per game.

Running back Nick Brossette paced LSU in the opener, rushing for a career-high 125 yards and scoring his first two collegiate touchdowns.

“I was proud of Nick Brossette,” Orgeron said. “Nick has waited his turn here. I thought he did an excellent job in the game, both blocking and running.”

Quarterback Joe Burrow showed great poise and command in his first start as a Tiger. The Ohio State transfer completed 11-of-24 passes for 140 yards, despite several drops and throwaways, and protected the football against a defense known for forcing turnovers. His favorite target in the opener was sophomore Justin Jefferson, who posted career highs in receptions (5) and yards (81).

“We have a lot of things to clean up, especially on the offensive line,” Orgeron said of his offense. “Some calls we’ve got to make, some protections. We want to throw the ball more. Obviously, we didn’t throw the ball as well as we wanted to. We want to finish drives.”

The Tigers showcased a much-improved special teams unit against Miami under first-year coordinator and longtime NFL assistant Greg McMahon. Kicker Cole Tracy, the SEC Special Teams Player of the Week, connected on all four of his field goal attempts, including an LSU-record tying 54-yarder.

“Special teams, I thought was excellent,” Orgeron said. “Cole Tracy was 4-of-4. We made a couple of errors in the kicking game that I know Coach McMahon is going to fix this week. We should have fair caught one of our kickoffs. It would have given us better field position, but other than that I thought Coach McMahon did a superb job of putting our guys in special, special situations.”

Southeastern, led by first-year head coach Frank Scelfo, enters the contest 0-1, having nearly pulled off an FCS-FBS upset in a 34-31 loss to UL-Monroe in Week One. Quarterbac Chason Virgil completed 28 of 39 passes for 358 yards, four touchdowns and an interception in the loss, and junior Juwan Petit-Frere caught five passes for 148 yards and two touchdowns.

A former player at Northwestern State, Orgeron understands how excited the Lions will be to take on the state’s top program.

“It’s the game of their life. They’ll play in Tiger Stadium, play in front of 100,000 people. They’re going to play lights out,” he said. “I know these guys are going to be fired up. I know Coach Scelfo is going to have them ready to play.”