by Aaron Hyder
Round 1 Scores Round 2 Tee Times +0 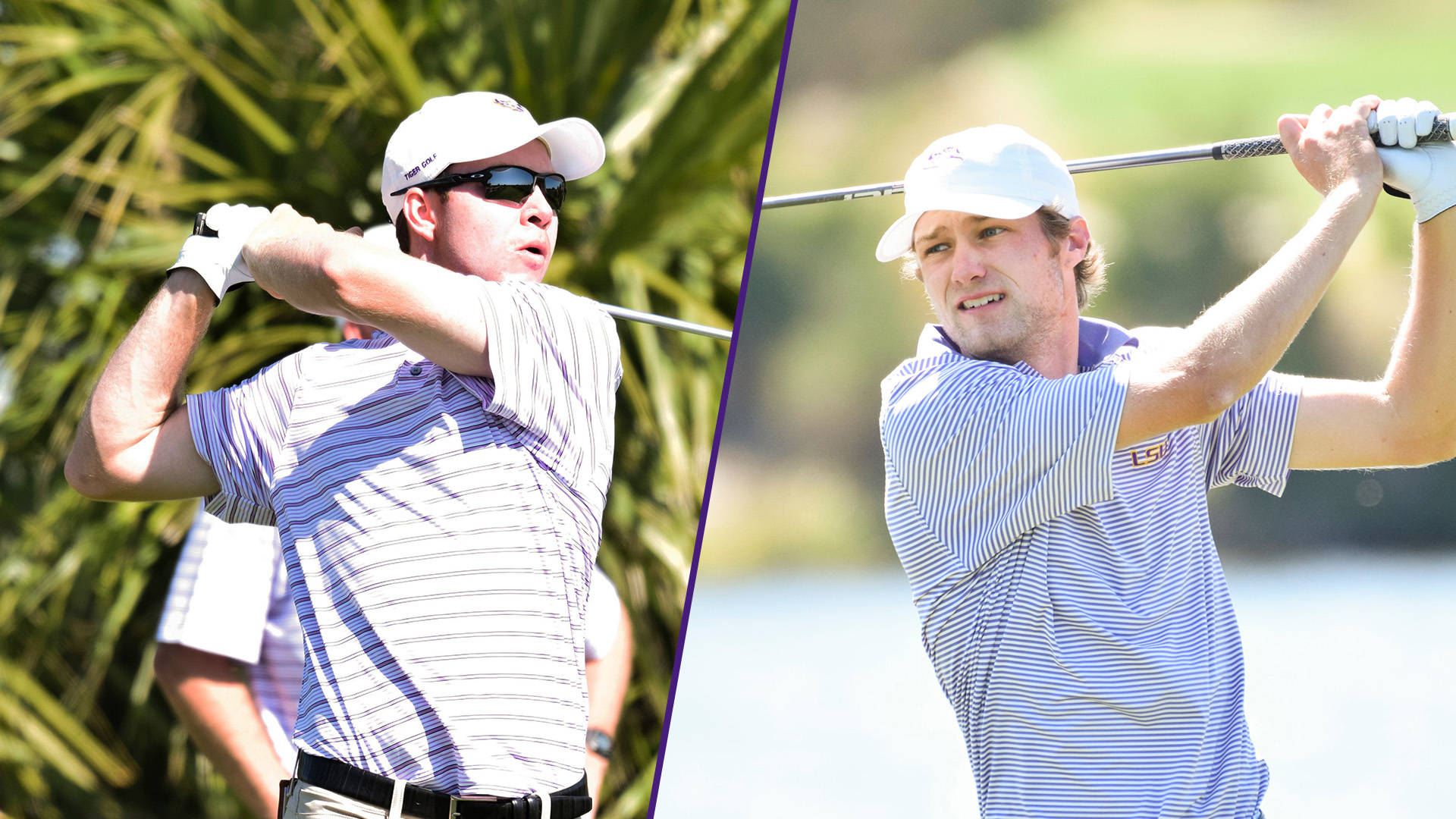 Rocky Face, Ga.  – The LSU men’s golf team opened up the 2018-19 season with an 8-over par 296 on Friday at the Carpet Capital Collegiate that is being hosted at The Farm Golf Club.

The 8-over par 296 has LSU in 10th place in the 15-team field. Tennessee (-8) and Georgia Tech (-7) were the only two teams to card under par rounds to sit at the top of the clubhouse leaderboard. Full results can be found at golfstat.com.

Trey Winstead and Nathan Jeansonne were LSU’s best scorers of the day with matching rounds of even par 72. Jeansonne got off to a bit of a rough start on the front nine going out in 39 strokes, but he rebounded with three birdies on the back nine to get his score back to even. Winstead had one heck of a start to his sophomore season with an eagle. After placing his tee shot in the fairway on the 361-yard par 4 first hole, the lefty holed out from 97 yards. Winstead pushed his score to as low as 3-under par after 15 holes, but a double on the 16th and a bogey on the 17th bumped him back to even. The even par 72’s by Jeansonne and Winstead have them in a tie for 22nd place.

Philip Barbaree carded a 3-over par 75 in the first round of his junior season. He rolled in three birdies during the round and is tied for 42nd. Garrett Barber and Michael Sanders both registered two birdies in their first-career collegiate rounds. Barber ended the day tied for 58th place at 5-over par (77) and Sanders currently sits in a tie for 67th at 6-over par (78).

Luis Gagne had a rollercoaster of a round on Friday at the World Amateur Team Championship on Friday. Playing the par 72 Montgomerie Course in Ireland, the native of Costa Rica rolled in five birdies to go along with nine pars, three bogeys and a double bogey. After 54 holes of play, Gagne is in a tie for 43rd at 5-under par in the 215-player field. His final round will be played on Saturday.