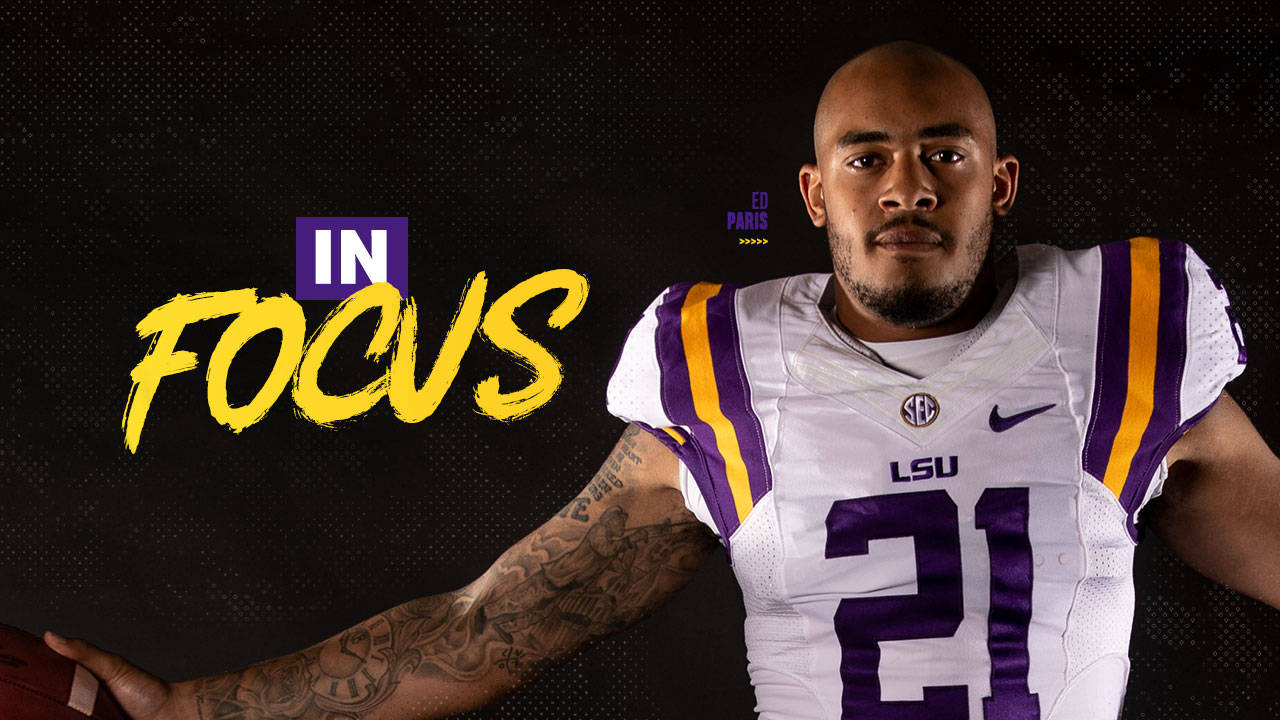 As soon as Ed Paris had a chance to come back to Louisiana, he took it.

The senior defensive back, originally from New Orleans, was displaced from his hometown in 2005 by Hurricane Katrina, and his family eventually settled in Arlington, Texas.

By the time the storm had ended, Paris and his family had nothing. They had no place to turn and didn’t know what their next step would be.

“It took my house,” Paris said. “It took some of my family members. Took some of my best friends that I grew up with in New Orleans. Everything was destroyed; clothes, all material things were destroyed. Even memories. Even pictures. I don’t have any childhood pictures. It’s like living at a certain place for so many years and then all of a sudden not having any proof of that. It was just completely swept away.”

What Paris went through during Katrina helped him deal with pain, no matter what form it came in.

Just three games into the 2017 season, Paris went down with an ACL injury in practice, ultimately ending his senior campaign with LSU.

From there began a long road to recovery.

“I went through depression,” Paris said. “I had regret. I was feeling sorry for myself.”

Before his injury, Paris was more physically and mentally prepared for his final season. He says it was cut out to be his best season yet. Leading up to the 2017 season opener in New Orleans, he put a majority of his time and effort into watching film and working out. He would show up to the indoor practice facility at 2 a.m. to do drills by himself. He also made it a point to meet with all of his coaches and watch film throughout the day while he wasn’t in class.

“I was still just so hurt that the simple fact that I got hurt and I put so much time and effort because that was supposed to be my last year,” Paris said. “It’s frustrating when you put so much effort into something and it doesn’t work out.”

The coaching staff let Paris know right away that he would have another shot at playing in the 2018 season. Paris was granted a medical redshirt, but it didn’t help the pain go away.

“It was tough,” Paris said. “Especially seeing plays, watching film and going to the games and seeing plays that your teammates are making and you could possibly be making the same exact plays. It’s a little frustrating, but at the end of the day, I’m here and I’m supporting everybody.”

It wasn’t until Paris was back to about 70 percent recovered that he started to see a light at the end of the tunnel. During his year-long recovery process, Paris turned to church and fishing to keep his mind off of his injury.

“I realized that God put me here for a reason,” Paris said. “God brought me back to LSU for a reason and even though I had a good three games to start with, there’s more planned for myself.”

While church and fishing kept Paris focused during his time off, the desire to play was the biggest motivating factor for him. He says he looked to guys like former Tiger Tyrann Mathieu and NFL safety Earl Thomas and how they coped with similar injuries.

Paris came right out of the gate in the season opener against BYU with three pass breakups that he says should have all been interceptions. Two games later, Paris totaled a career high five tackles against Mississippi State.

“Going into the BYU game with the energy and the hype that I had for myself I basically put my name on the market for myself,” Paris said. “That entire game was supposed to be my beginning step and stepping stone of what my senior year was going to be.”

Now, almost a year after his injury, Paris is 100 percent ready to take the field with his team; but this time, in uniform.

Paris and fellow senior John Battle lead a young defensive back group in what could possibly be one of LSU’s most dominant defenses in recent years.

“We’re just here to guide them and show them the way,” Paris said. “These guys know what the standard is. All the great guys that came and played here. At the end of the day, we can’t ride that wave; we have to create our own, so it’s up to us to work hard and we have to keep DBU alive.”