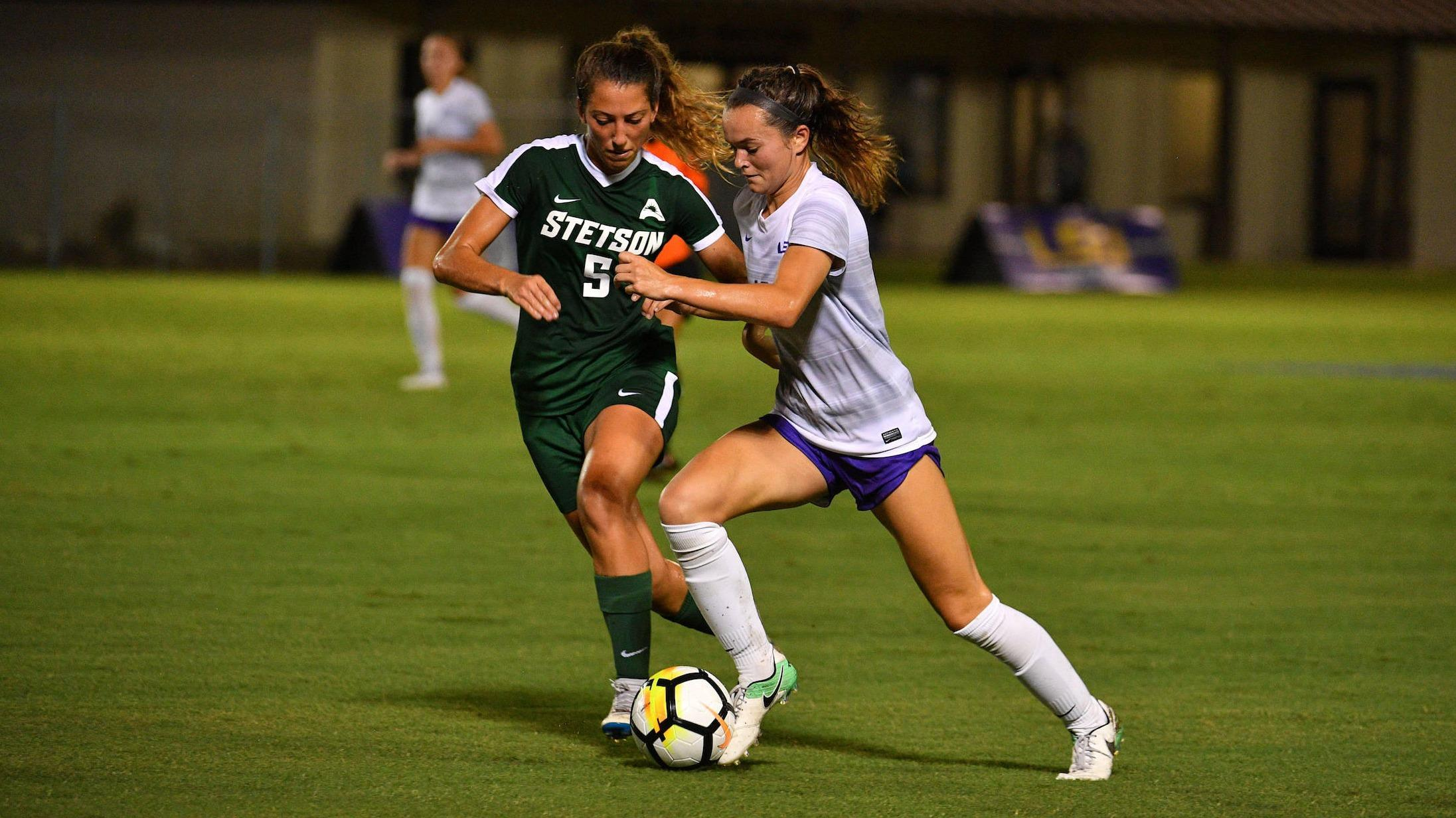 Baton Rouge, La. – The freshmen duo of Abbey Newton and Molly Thompson accounted for both of LSU’s goals on Thursday night at LSU Soccer Stadium to propel the Tigers to their fifth-straight triumph, a 2-0 win over Stetson. LSU improved to 5-1-0 on the season while Stetson dropped to 3-3-1.

Both of our goals came from freshmen this evening, see what @LSUBrianLee had to say about the play of Abbey Newton and Molly Thompson. pic.twitter.com/TTQNhOASr5

Newton Heads One In

Taking LSU’s 29th corner kick of the season, Marlena Cutura found Abbey Newton on the far side of the box to help LSU register its first corner kick goal of the year. Cutura’s cross was well struck and floated over most of the Stetson defense before it found the forehead of Newton, who put it away in the top-left corner of the goal past a diving Stetson keeper in the 35th minute. It was Newton’s second-career goal.

Molly Thompson, a freshman forward that displays a ton of speed, found the back of the net for the first time in her Purple and Gold career in the 79th minute. Cutura possessed the ball in the mid-right portion of the pitch before she linked up perfectly with Thompson in the box. Thompson’s first touch was an exquisite one that distanced her from the Stetson defender that was originally on her when she received the pass. After losing the defender, she made light work of the keeper as she rifled a firm shot to the far left post that found its way to the back of the net from 12 yards out.

Marlena Cutura registered the first multi-assist game of her career on Thursday night. The first came off a corner and the second was a delicately delivered ball sent in to Thompson in the box. You could make the argument that Cutura is playing the best soccer of her career right now. She has scored six points (2 goals & 2 assists) in her last three contests played to give her a career high for points registered in a season and we’re only six games into 2018.

Caroline Brockmeier tallied the 19th shutout of her career on Thursday night. She was tested twice during the game in the 36th and 79th minutes and she made both of those saves with ease. Brockmeier has not allowed a goal in the last 450 minutes of play which is a career best. She had a stretch from the end of her sophomore year to the beginning of her junior year that she didn’t allow a goal for 447 minutes of play. Her five shutouts in LSU’s first six games are tied for the SEC lead.

The Tigers will host Samford (Sept. 9) on Sunday at LSU Soccer Stadium. The match will be televised on ESPNU beginning at 4 p.m. CT.