Volleyball Looks to Bounce Back at Michigan Challenge 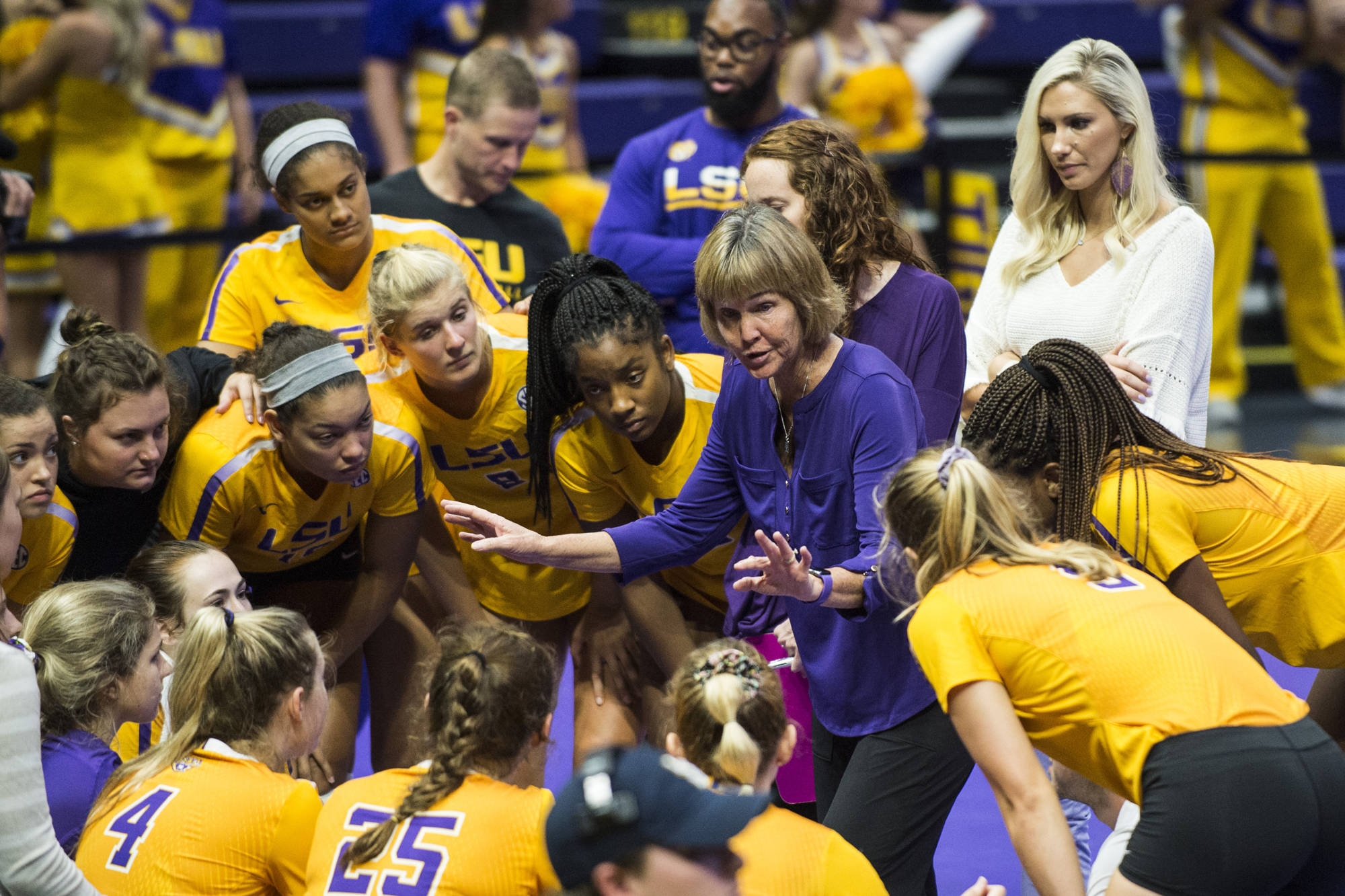 BATON ROUGE – The LSU volleyball team will look to bounce back as they travel to Michigan, the home state of senior Olivia Beyer, for the Michigan Challenge, facing No. 20 Michigan, Colorado State and Oakland.

The Tigers open up the weekend with receiving votes Colorado State Friday at 10 a.m. CT, before taking on host No. 20 Michigan at 6 p.m. CT. The Tigers will head over to Oakland in Rochester on Saturday for a 1:30 p.m. match to finish out the weekend.

LSU’s match at Oakland will air on ESPN+. Live stats will be available for all three matches at LSUStats.com.

For all the information on the Michigan Challenge, click here.

>> LSU goes into the weekend 2-4 record after going 1-2 in the 2018 Tiger Classic. The Tigers opened up the Tiger Classic with a 3-0 sweep of Texas A&M Corpus Christ, but fell in four sets to Duke and five sets to USF.

>>Taylor Bannister, a 2017 All-American, has led the Tigers for the first set matches of the season. Last weekend, she tallied 56 kills in three matches with 4.67 kills per set to earn her Highest Scorer of the Tiger Classic. On the season, she is average 4.27 kills per set and is hitting .263.

>> Bannister had a career-high of four aces in the match against USF, which included three-straight in the fourth set. That led to a 7-0 run for the Tigers and deciding set against the Bulls.

>> Jacqui Armer earned Best Blocker of the Baylor Invitational, finishing the weekend with 11 total blocks. Last weekend in the Tiger Classic, she led the Tigers with a total of 13 blocks at 1.08 per set. She leads the team in blocks with 24 at 1.09 per set.

>> Raigen Cianciulli has anchored the back row for the first six matches of the season. She tallied 50 digs in the three matches of the Tiger Classic, averaging 4.17 per set. On the year, she is averaging 3.91 digs per set to lead the team.

>> Cianciulli has registered season-highs in digs in each of the six matches thus far. Her most recent season-high came agaisnt USF, finishing the five sets with 19 digs.

>> LSU is out-hitting and out-blocking its opponents. The Tigers are hitting .221 on the season compared to their opponents percentage of .188. LSU blocks 2.09 balls per set, while allowing its opponents to block 1.32 balls set.