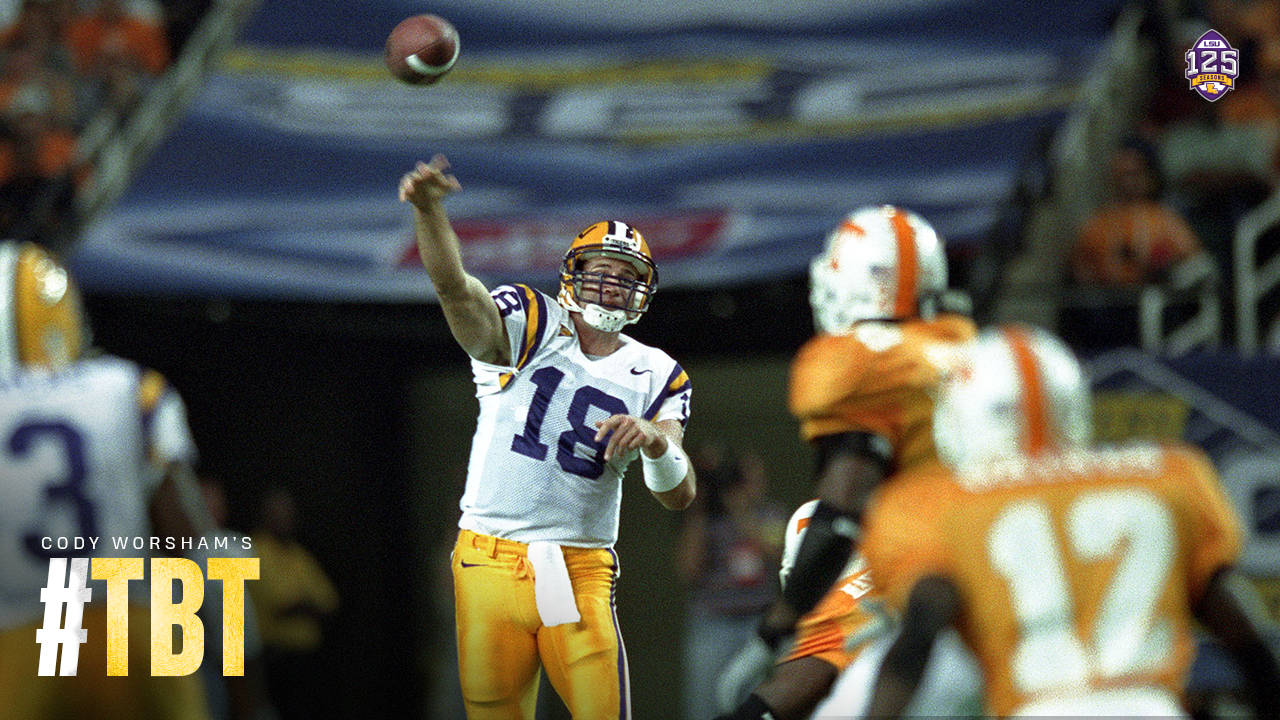 Sunday night’s win over Miami was a historic one for LSU.

After the 33-17 victory over the Hurricanes, the Tigers jumped 14 spots in the AP Poll, from No. 25 to No.11. That 14-spot ascension is unprecedented in school history, and the 9-spot rise in the Coaches Poll from No. 24 to No. 15 has only been matched once before by the program.

It required a championship.

Here’s a look at the last time LSU made such large leap in the polls.

The Opponent: No. 2 Tennessee

The Context: After losing its first two conference contests, LSU used a dynamic passing attack led by quarterback Rohan Davey and wide receiver Josh Reed to win six of its final seven contests, including a 27-14 win over Auburn in the regular season finale to claim the Western division title. Tennessee, which had already knocked off LSU earlier in the season in Knoxville, dusted off Eastern favorites Florida the week before to improve to 10-1 and No. 2 in the country. Only the 8-3 Tigers stood between the Volunteers and the Rose Bowl, the site of the 2001 national championship game.

The MVP: Mauck took home title-game MVP honors after his two rushing scores, the first by an LSU quarterback since Herb Tyler in 1998. His first put the Tigers up 7-0 in the first quarter, and his last gave them the lead for good. On the first play of the fourth quarter, Mauck found the All-American Reed to convert a critical third down, setting up the game-winning touchdown on the next play, a 13-yard quarterback run.

The Play: On fourth and goal, with LSU leading 24-20 in the fourth quarter, the Tigers declined the opportunity to kick a field goal, instead handing the ball off to Davis from the one-yard line. The junior took the handoff and jumped over the right side of the Tiger offensive line, just breaking the plane of the goal line and handing the Tigers their first SEC Championship game win and their first outright SEC title since 1986.

The Stat: 2,965 – Reed set an SEC record for career receiving yards in the second quarter of the title game

The Quote: “The roses did not blossom for them today” – LSU defensive end Kyle Kipps, as he exited the field.