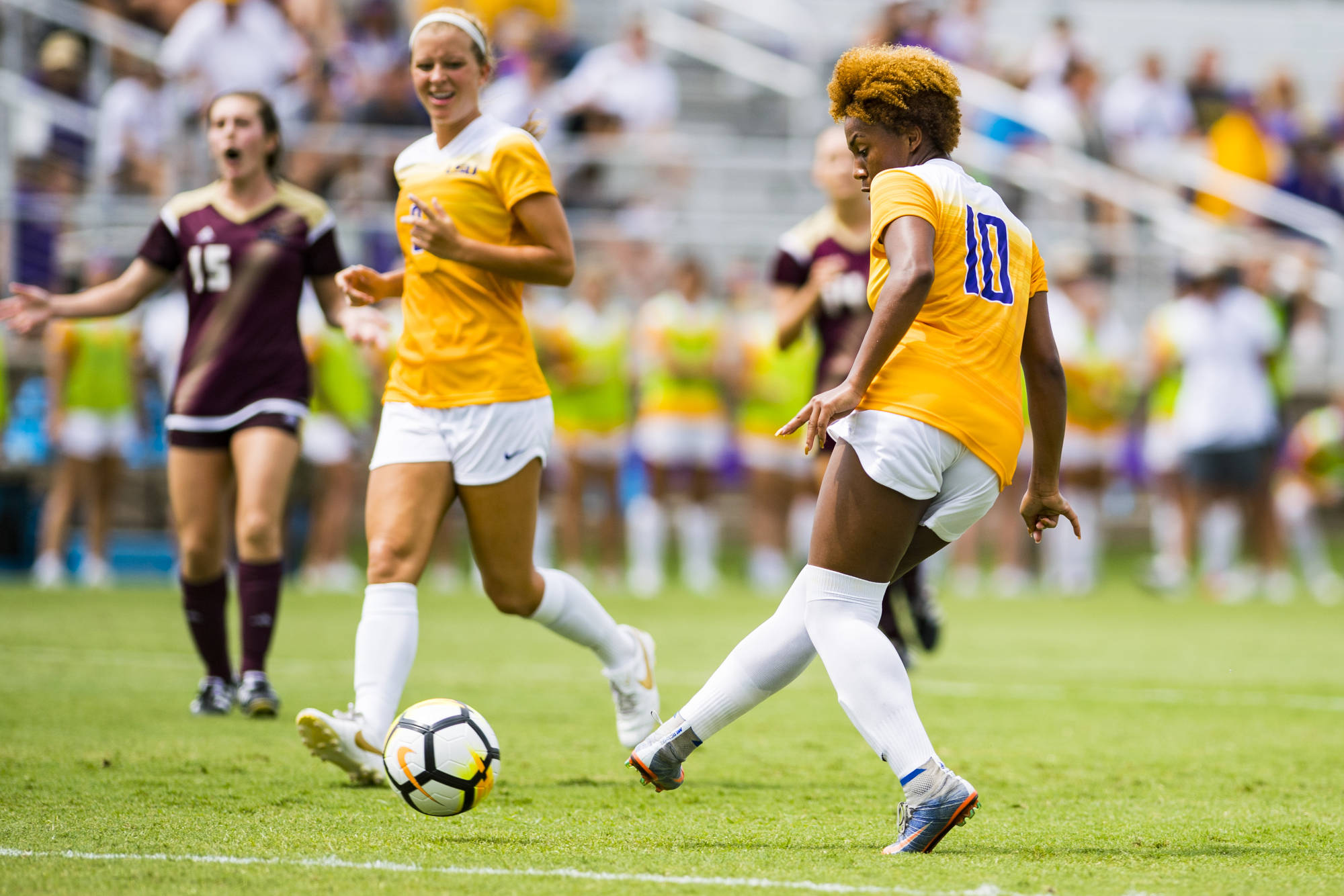 Baton Rouge, La. – The LSU soccer team  (4-1-0) will host its third home match of the 2018 season at LSU Soccer Stadium as they welcome the Stetson Hatters to Baton Rouge for a contest on Thursday night at 7 p.m.

The first of three free t-shirt giveaway installments will be on Thursday night. The first 200 fans in attendance will receive ‘The Global Game Geauxs Local’ t-shirt. In addition to the t-shirt giveaways, vuvuzelas will be available and students that attend will have a chance to win sideline passes to Saturday’s home football game against Southeastern Louisiana. Gates open at 6 p.m.

Thursday night is the 1st of 3 t-shirt giveaway promotions we will be having this fall!

Take a look at ‘The Global Game Geauxs Local’ shirts we’ll be giving out to the first 200 fans in attendance for tomorrow night’s match against Stetson. Vuvuzelas will be available as well. pic.twitter.com/rjRWFDnXQY

LSU scored a season-high three goals in their win over Lamar on Tuesday night in Beaumont, Texas. The win by LSU ended Lamar’s 12-match home win streak that dated back to the 2017 season. Cutura scored the first goal of the game in the 25th minute with a low, right-footed shot on the ground off a one-bounce volley to herself that made its way through a couple of Lamar defenders before beating the keeper to her left.

Adrienne Richardson scored goals in the 38th and 55th minutes to push LSU’s lead to three. Richardson’s first goal was the result of an excellent play by Abbey Newton. The freshman from Fleming Island, Fla., took the ball away from a Lamar attacker in LSU territory before sending Richardson in on a great through ball and Richardson snuck on past the Lamar keeper to the far post from the left side of the box.

Richardson’s second goal came after Tinaya Alexander‘s cross into the box was headed out to Richardson by a Lamar defender. Richardson squeaked the high arcing shot over the Lamar keeper to score her second of the game and fourth of the season.