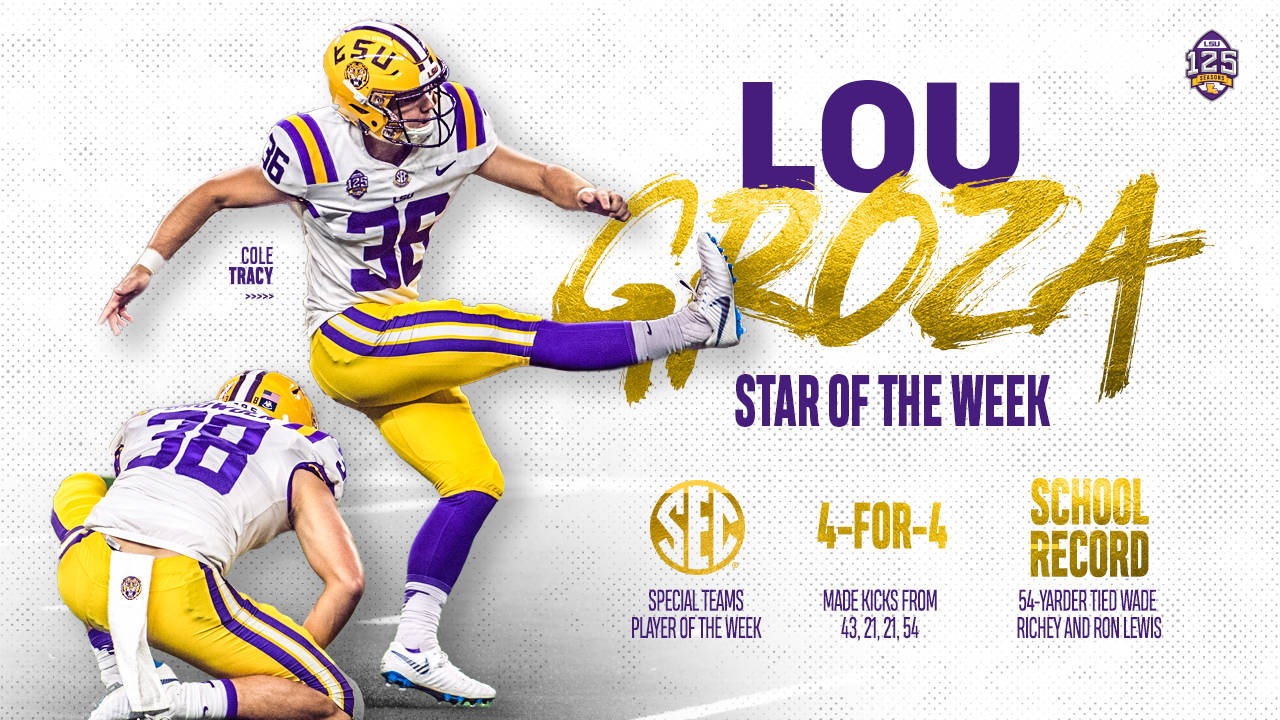 BATON ROUGE – LSU graduate transfer Cole Tracy added to his list of honors on Tuesday as he was one of three kickers nationally cited by the Lou Groza Collegiate Placekicker Award as “Stars of the Week”, the Palm Beach County Sports Commission announced.

Tracy shared the honor with Cole Hedlund of North Texas and Chase McGrath of Southern Cal.

In his first game as a Tiger on Sunday against Miami, Tracy became the first kicker in school history to make four field goals in his LSU debut. Tracy, who transferred to LSU this summer from Division II Assumption College, tied a school-record with a 54-yard field goal in the third quarter that pushed the LSU lead to 33-3.

Tracy added field goals of 43, 21 and 21 yards to finish with four field goals, which ties for the second-highest single-game total in school history. He ended the game with 15 points, which ranks No. 4 in school history for points by a kicker in a single game.

Tracy and the rest of his Tiger teammates return to action on Saturday when 11th-ranked LSU hosts Southeastern Louisiana in Tiger Stadium. Tickets for the contest can be purchased at www.LSUtix.net. Kickoff is scheduled for 6 p.m. and the game will be televised on ESPN2.