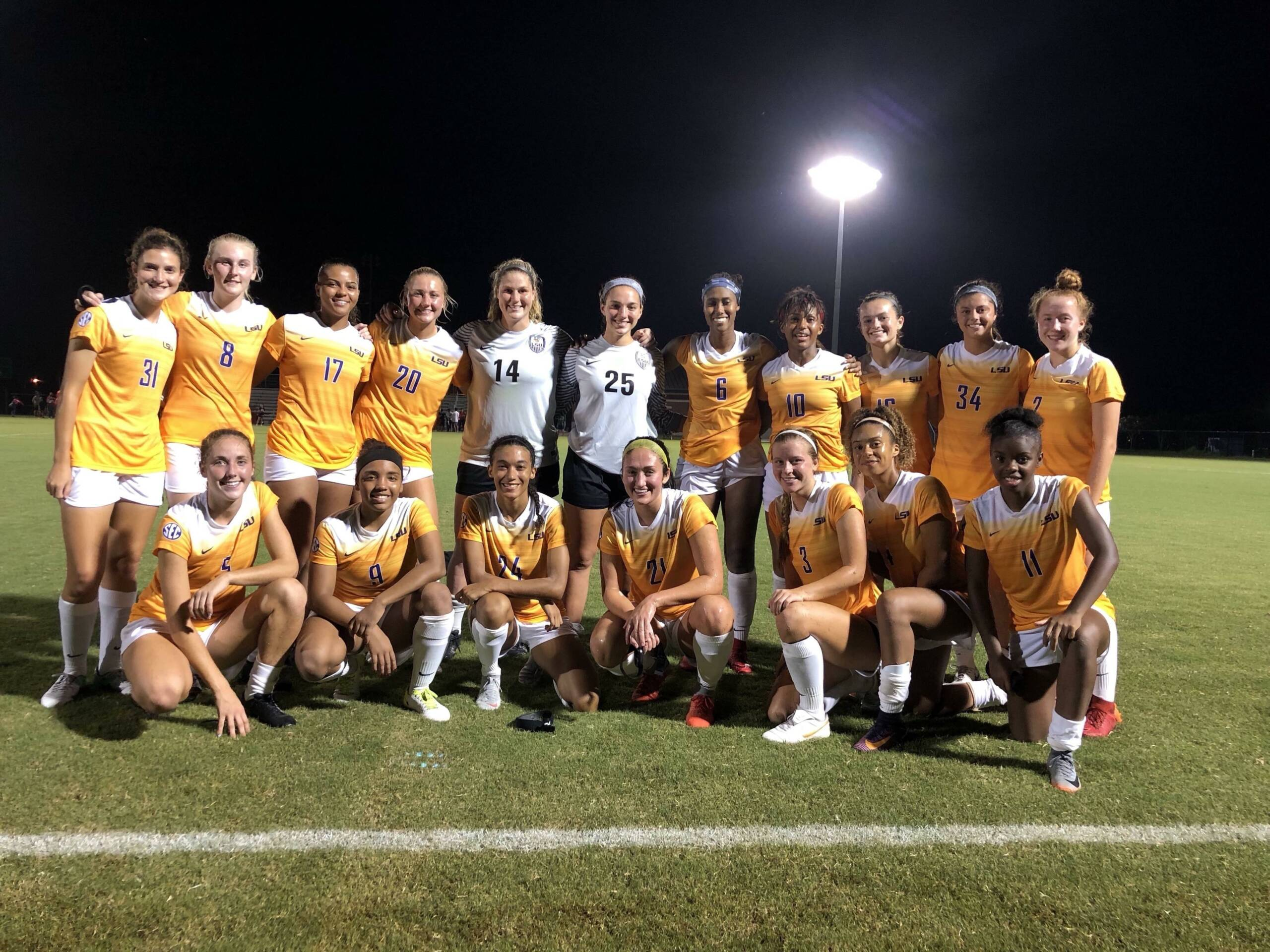 Beaumont, Texas – LSU (4-1-0) ended Lamar’s 12-match home win streak on Tuesday night with a 3-0 win at the Lamar Soccer Complex. Caroline Brockmeier saved three shots on goal to pick up the 18th shutout of her career to move herself into sole possession of second place for most shutouts by a Tiger in program history.

Quick 👀 at how we won our fourth straight!

Goals came via @marlenacutura15 and @A1Rich99 (x2)! @cbrockme picks up the 18th shutout of her career to move into No. 2 all-time in LSU history!#GeauxTigers pic.twitter.com/Rb06fLNIW9

Marlena Cutura got LSU’s scoring barrage started in the 25th minute of the match. Abbey Newton sent a cross into the box that was temporarily cleared by Lamar before the ball found its way to the possession of Cutura. Moving to her right, Cutura ripped a low, right-footed shot on the ground off a one-bounce volley that made its way through a couple of Lamar defenders and eventually bested the keeper on the far left side of the goal. It’s Cutura’s second goal in as many games for the junior from Pearl River, La. Both of her goals in 2018 have been game winners – tonight’s goal and her goal against South Alabama proved to be the winning tallies.

Looking for more after scoring the first, LSU benefited from a heady play by Newton. After the ball was possessed by a Lamar attacker in LSU territory, Newton faced up with her a won possession before sending Adrienne Richardson in with a brilliantly played through ball. By the time the ball wound up on Richardson’s foot, she was past all the Lamar defenders and it was a one versus one with her and the Lamar keeper. A swift counter attack indeed, the Lamar keeper was back pedaling as Richardson charged in. Richardson took a couple of dribbles and snuck a firm shot past the keeper’s right side for LSU’s second goal of the game in the 38th minute.

The Tigers would take a 2-0 lead into halftime for the first time this season after a dominant first 45 minutes of play. In the 55th minute, Richardson struck again with her second goal of the night from about 20 yards out. It was a finessed bender from the just outside the mid-left portion of the box that was better than the Lamar keeper. For Richardson, it was her second two-goal performance of the season. She leads LSU with four goals, all of which have come in the last two games.

The second goal by Richardson all started with a standout individual performance by Alex Thomas. Playing at right back, Thomas intercepted the Lamar keeper’s deep kick and then proceeded to beat three Lamar defenders to earn LSU its first and only corner kick of the evening, and it paid dividends. Cutura took the corner kick and Tinaya Alexander wound up with possession of the ball. Alexander played a nice soft cross that was eventually headed out by a Lamar defender, but it went right to Richardson who did the rest.

Brockmeier now sits at No. 2 all-time in program history for shutouts with 18. A senior from Tallahassee, Fla., Brockmeier and the backline have held LSU opponents for the last 360 minutes (four games). It was the 19th win of Brockmeier’s career, which moves her into a tie for the fifth most in program history alongside Bonnie Otillio (1999-2001).

LSU will have a mini two-game home stand coming up with a match against Stetson on Thursday night at 7 p.m. and a Sunday afternoon matchup against Samford (4 p.m.).